Nantes Seeds Co., Ltd.
A competition to compete for the sugar content of ultra-high sugar content “Golden Rao” watermelon
~The winner recorded the highest sugar content [20.6 degrees] in the history of Golden Rao! ~

Nanto Seed Co., Ltd. (Location: Kashihara City, Nara Prefecture, President: Tetsuya Morii), a seed manufacturer that improves vegetable varieties and sells seeds of new varieties, has spent eight years to create a different dimension. Developed Konjikiraou, a high sugar content watermelon variety. And from May 1, 2022 to August 31, 2022, we held the “Golden Rao Grand Prix”, a competition to compete for the sugar content of “Golden Rao”.
■ What is the “Golden Rao Grand Prix”?
Skilled watermelon farmers and home garden enthusiasts from all over the country compete to see how high the sugar content of the “Golden Rao” they grew. Anyone can enter by posting a photo on Twitter. . 2022, the memorable 1st year, was held for 4 months from May 1st to August 31st, and received a total of 36 entries, which was very exciting. We will announce the winners this time!
[Image 1 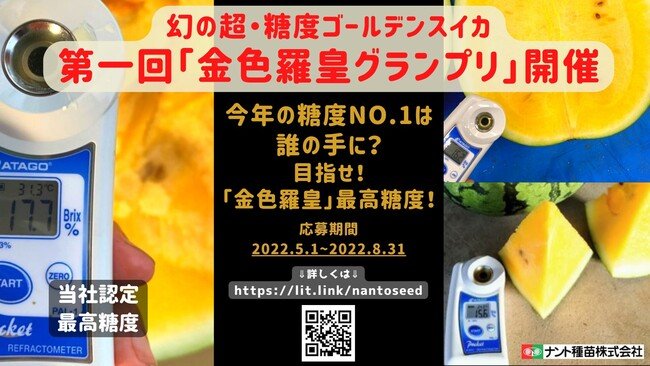 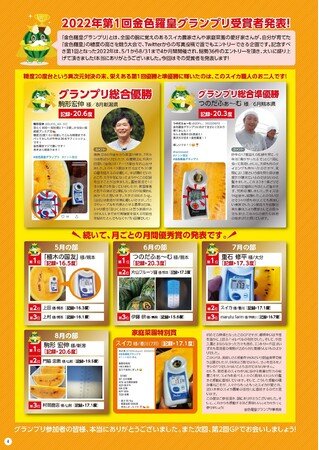 ■ About “Golden Rao”
~Overwhelming sugar content~
“Golden Rao” is a variety of watermelon that was developed with a focus on deliciousness and sweetness above all else. As a result of pursuing and developing one point of taste, the result is a very rare watermelon variety with gold flesh instead of red flesh. The development period spanned eight years, and we started selling seeds as a new variety in 2021. Commonly distributed watermelons have a sugar content of about 11 degrees, and 12 degrees is said to be sweet. Watermelon.
[Image 3 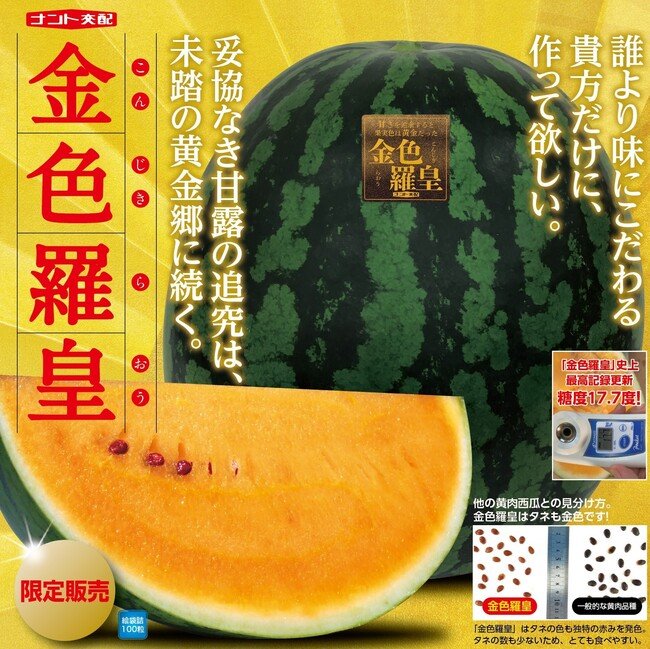