Discover Twenty One Co., Ltd.
A total of 5 million copies of books! Carnegie’s “Moving People” is a world-famous book on human relations, “The way of thinking of people who attract popularity” has sold over 30,000 copies. 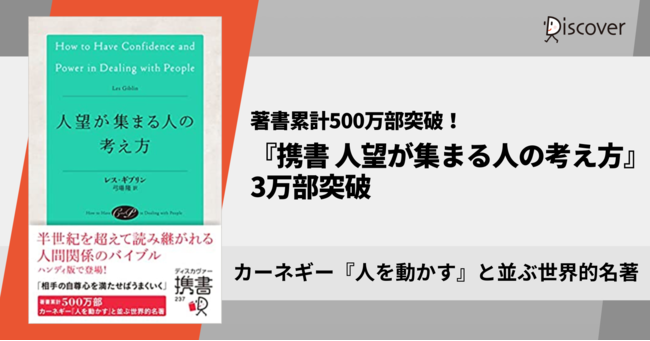 Over 120,000 copies of “The way of thinking of popular people” Handbook version has exceeded 30,000 copies!
This book is a new book size version of “The way of thinking of popular people”, which has sold over 120,000 copies.
Along with Carnegie’s “Moving People”, “The Thought of Popular People” is a world-famous book on “human relations” that has been read for more than half a century.
The author is Les Giblin, who has sold over 5 million copies. Known as an expert in relationships, he is well-received for his deep insight into human nature.
Since the translation version was published in 2016, many readers have praised it and said that it is a book they want to read again and again. Therefore, this time, we have published it as a compact and easy-to-read portable version while maintaining the feeling of a masterpiece.
It has been well received since its release, and has now sold over 30,000 copies.
About “Handbook: The Way of Thinking of Popular People”
[Image 2 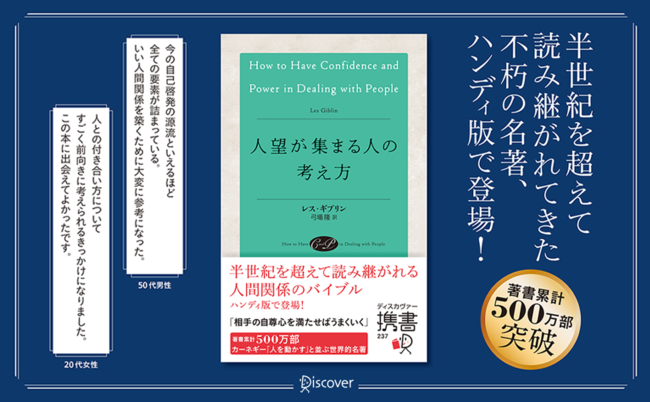 The principles of human relationships are in this one book!
I am aware that many people want something from others.
But too many people don’t get what they want because they think it’s selfish to satisfy their desires.
They believe that when they achieve success and happiness for themselves, they deprive others of their success and happiness. Let me make a point here.
A good relationship is about giving the other person what they want in exchange for getting what you want.
Any other relationship will not work.
It doesn’t matter how many books you read about relationships if you don’t feel guilty about getting what you want without giving anything in return. This book is written for those who want to master the art of getting what they want and satisfying others.
(From “Introduction”)
It is very popular as a “masterpiece that you want to read over and over again”! Here are some of the customer feedback we received on the old version. ★It gave me a chance to think positively about how to get along with people. I am glad that I came across this book. (Female in her 20s) ★It was very helpful for building good human relationships. I feel like I can change myself if I can practice. (Male in his 50s) ★I came across a good book from which I could learn the principles of human relations. (Male in his 30s)
★I use it as a reference when I communicate with people. Conversation has become more lively than before, and work has become easier. (Female in her 40s)
book outline
【table of contents】
Introduction
Part 1 Make good use of human nature
Part 2 Cultivate friendships and win over others
Part 3 Succeeding with Effective Speaking
Part 4 Working well with others
Part 5 Relationship Workbook
in conclusion
[Author information]
Les Giblin
American psychological counselor. Known as an expert in human relations, he is well-received for his deep insight into human nature. Since its publication in 1956, the original book has been a
long-selling masterpiece all over the world for half a century. The cumulative circulation of all works exceeds 5 million copies. His Japanese translations include Principles for Motivating People, 15 Rules for Capturing People’s Hearts (Discover), Truly Important Things to Motivate People, and The Essence of Sales (Diamond Publishing). Translated by Takashi Yumiba
I mainly translate in the field of self-development books.
He has translated many books, including “The Way of Thinking of Successful People,” “How to Hold Your Mind,” “Change Your Habits, Change Your Life” (Discover).
[Book information]
[Image 3

One thought on “A total of 5 million copies of books! Carnegie’s “Moving People” is a world-famous book on human relations, “The way of thinking of people who attract popularity” has sold over 30,000 copies.”