Aero Co., Ltd. (located in Shibuya-ku, Tokyo / https://aero.mu), which produces videos, is known for youth movies such as masterpieces “Sado Seishun no Hakure” and “Fanfare Resonates”. The latest work by director Kazuki Morita. We will produce “Jito Detective Agency / Hourly wage 1041 yen”. Hiroki Konno, who is known for the movie “Kusogaki no Confession” and the drama “We did it”, has been selected as the lead. We will deliver a unique movie work with the theme of “Suspense x Comedy”.
→Jinto Detective Agency / Hourly wage 1041 yen Official HP:
http://jikyu1041.com/
Prior to that, from October 3, 2022 (Monday), we will be recruiting production funds on the crowdfunding service “CAMPFIRE”. Crowdfunding offers a variety of rewards (returns), such as invitations to previews, in addition to the main DVD and making-of videos, for those who support the production funds.
→ Crowdfunding project URL: https://camp-fire.jp/projects/view/620921 The official Twitter account (https://twitter.com/odeden_) will send information about the work for the release of the video. Please follow the account and support future development.
[Image 1 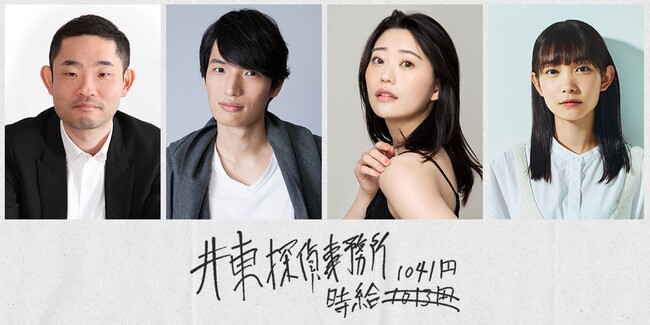 “Jito Detective Agency / Hourly Wage 1041 Yen” Synopsis
Susumu Ito, a detective who died leaving regrets in this world, I’m waiting for someone to return at the detective agency I used to live in. Detective Toshimi Sakai, a friend of mine since college, can see the ghost of Ito.
In return for paying office expenses, Jingto is helping with the case investigation.
Jingou was asked to solve the serial strangulation case of a woman. Keiko Konno, a rookie assistant who can see Jingou
He starts an investigation with Michika Takamatsu, a rookie detective who has been suspended, but…
■ Gorgeous cast and production team to play director Kazuki Morita’s first comedy work!
The main character, Susumu Ito, is played by Hiroki Konno, who has a reputation for creating impressive characters, such as the role of Paisen in “We did it”. In this work, he is a detective ghost with a unique presence, and will further expand the range of impressive acting.
And the detective Toshiki Sakai will be played by Suzunosuke, who has become a hot topic for playing the role of Chuta Tamura in “Crows ZERO”, and has been active in a wide range of genres such as movies, dramas, commercials, and stage performances.
In addition, Mata Tomite, who played the role of Naoko Yamamoto in Netflix’s “Naked Director”, will play the role of Keiko Konno, Ito’s assistant.
The role of rookie detective Michika Takamatsu will be played by Mito Yukimi, who has continued to expand her field of activity, such as playing the heroine in the short film Junkodan “I would be happy if I could go around and return to my lover someday.”
The theme song is being written by the band Nezumihanabi, who was in charge of the theme song and in-game music for Kazuki Morita’s movie “Seishun no Kippatatachi”. Don’t stop!”, and Kyle Nagai, who won the 42nd Japan Academy Award for Outstanding Music, will be in charge of some of the music in the play.
The comedy will be directed by Kazuki Morita for the first time. A unique work of suspense x comedy will be created with talented x fresh unique members.
■ [Yubari Film Festival Grand Prix Winner] We want to deliver the latest feature film directed by Kazuki Morita to everyone! ! project overview
From 12:00 PM on Monday, October 3, 2022, we will start recruiting funds for the production of this work on the crowdfunding service “CAMPFIRE”.
https://camp-fire.jp/projects/view/620921
[Image 2 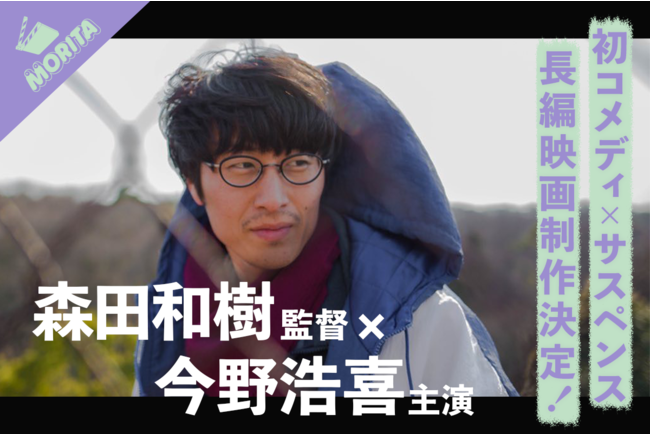 Recruitment period: October 3, 2022 (Monday) noon to November 2, 2022 (Wednesday) 22:00
■ Target amount: 1,000,000 yen
■ Return contents
For the return, we have prepared a lot of goods limited to this time, including a 60-minute making video.
・ Script (autographed by the director and 4 main cast members) ・ Main story DVD (main story + making disc)
・Your name will be printed on the end credits
・Morita group staff T-shirt
・Set of 5 off-shot film photos during shooting
・Invitation to preview
・ Invitation to the talk show to commemorate the completion
・Participation ticket for Director Morita’s film production seminar ・Rental Morita! Director Morita will direct your video!
There are many other limited rewards available, so please see the CAMPFIRE page for details.
We are waiting for a lot of support from everyone who is waiting for director Kazuki Morita’s first comedy work.
About Director Kazuki Morita
[Image 3 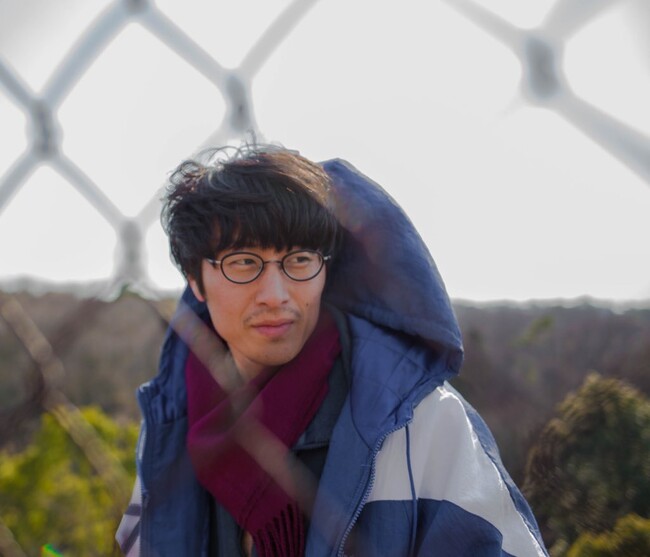 Born in 1988 in Yonago City, Tottori Prefecture.
In 2015, I went to the New Cinema Workshop for a year to study cinema. In 2016, when he was a student at NCW, his internship work “Killing Spring” received high acclaim at film festivals nationwide, and since then he has been energetically producing short films. Won the Grand Prix & Cinegar Award at the Fantastic Film Festival.
In 2019, he produced his first theatrical release, “Fanfare
Resonates,” and is currently renting a DVD.
Director: Comment from Kazuki Morita
Before making the theatrical release in 2019, I was single-mindedly producing independent productions.
Between 2015 and 2019, I made 5 short films and 1 feature film. I made it with money of about 200,000 (I couldn’t give more than that…). The money to produce these is from my own living expenses.
At that time, I was just a freeter, and it was difficult to pay 200,000 yen apart from living expenses, so I spent my time thinking only about my dreams.
Anyway, I love making movies, and I love creating my own unique words and stories.
This time, I want to make a film that conveys what I like, so I revise the script over and over again and spend my time imagining the events in the movie.
I want to create a masterpiece by believing in the actors and staff who gather for this work.
I would be happy if you could lend me your strength to everyone who cared about me this time.
■ Production staff
Starring: Hiroki Konno / Suzunosuke / Asae Tomite / Mito Yukimi Director/Screenplay: Kazuki Morita
Music: Kyle Nagai / Theme Song: Mouse Hanabi
Production: Aero Co., Ltd.
■ About Aero Co., Ltd.
A production company established in 2020 that provides video in a new form. We produce various video content regardless of media such as movies and web programs. We used 8 sexy actresses to produce our in-house movie “Merciless Light”. The crowdfunding project for this work raised over 16 million yen (7th place in the history of CAMPFIRE movie category), and attracted a lot of attention.
Details about this release:
https://prtimes.jp/main/html/rd/p/000000008.000067440.html