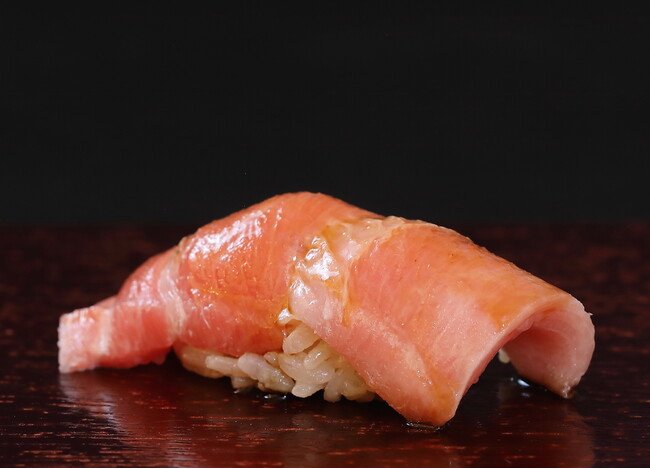 boiled tuna
Based on the twenty-four solar terms, this restaurant has been serving Japanese cuisine that incorporates seasonal ingredients. Focusing on sushi, which is representative of Japanese cuisine, and making the most of the abundant seafood caught in Kyushu, the restaurant has been well received. In addition to the traditional sushi kaiseki course, we have decided to offer an omakase course that combines sushi and sake at the counter.
[Image 2 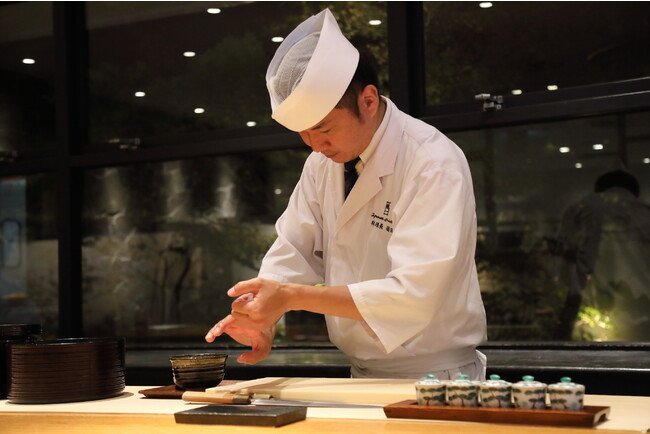 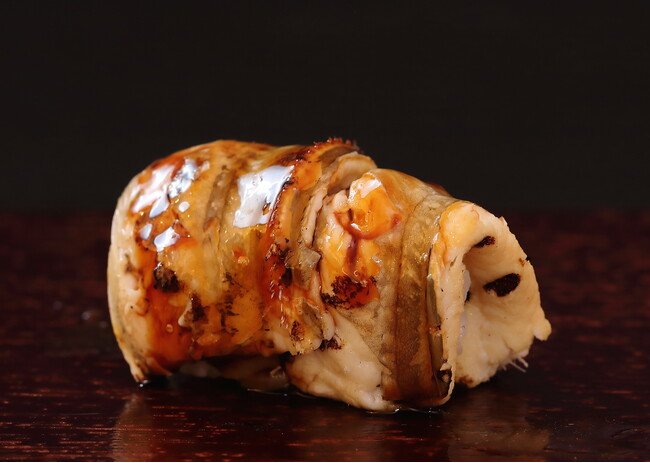 conger eel sushi
Head chef Shimada himself stands at the counter to serve sushi, which is a masterpiece that thoroughly pursues the balance between toppings and sushi rice, wasabi and soy sauce. “Sushi is difficult because it is a simple dish. I am always conscious of the balance between the size of the material and rice, and the size and texture that makes me feel delicious when I put it in my mouth,” says Shimada.
[Image 4 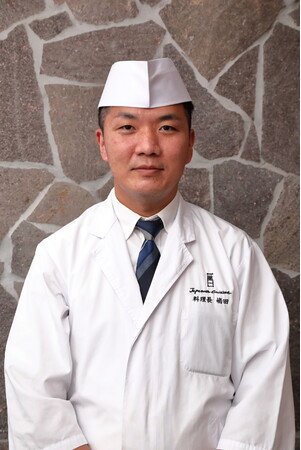 Sushi and Japanese cuisine “Kyomi” Daisuke Shimada
[Daisuke Shimada Profile]
After graduating from Nakamura Cooking and Confectionery College in 2007, joined JAL Resort Sea Hawk Hotel. After working in the banquet department of the Japanese cuisine department, in 2010, he was assigned to the sushi restaurant “Ken”, and in 2011, he was assigned to the banquet restaurant “Haramon”. Experience general cooking of Japanese cuisine such as frying, grilling, and assistance. In 2015, he moved to Hilton Fukuoka Sea Hawk Sushi Kappo Tomozuna when it reopened. In addition to general preparation and ordering work, we mainly provide sushi and sashimi at the counter. Joined C&G Value Design Co., Ltd. in November 2021. After working as an assistant chef, in June 2022, he became the head chef of the Japanese restaurant Koyomi at Agora Fukuoka Hilltop Hotel & Spa. As a sushi chef, his first priority is to bring out the maximum flavor of the ingredients, and he places importance on the “fragrance” of the rice flavor, condiments, and seasonings, as well as “simple” cooking.
The omakase course, which is limited to a 6-seat counter, consists of sushi and side dishes, and can be enjoyed with alcohol recommended by a sake taster or sommelier to match the dishes.
[Sushi and Japanese cuisine “Kyomi”]
Business hours: Lunch 11:30-14:30 (L.O.14:00), Dinner 17:30-21:00 (L.O.20:00) Store holiday: Wednesday
Number of seats: 6 counter seats, 32 table seats, 6 private rooms (room charge 5,500 yen)
Lunch: Sushi kaiseki “Saki” 4,500 yen
Dinner: Omakase course “Mizu” 16,500 yen *Counter only, reservation required Sushi Kaiseki “Nozomi” 8,800 yen (tax included), Sushi Kaiseki “Roku” 11,000 yen *Table seats only
*All prices include tax and service charge.
In addition, for a limited time until the end of November, we will offer the lunch course sushi kaiseki “Saki” for 4,000 yen instead of the usual 4,500 yen.
[Image 5 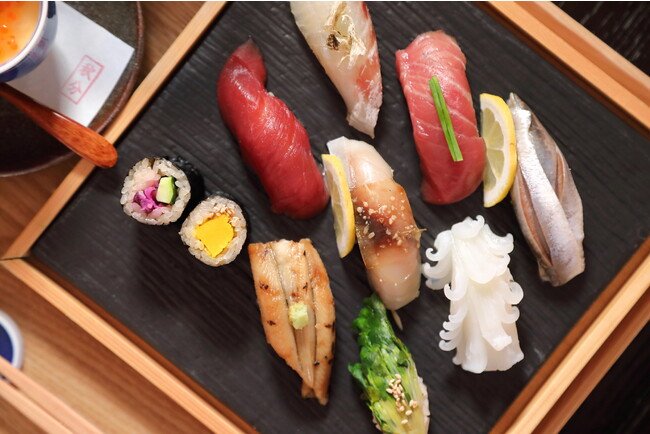 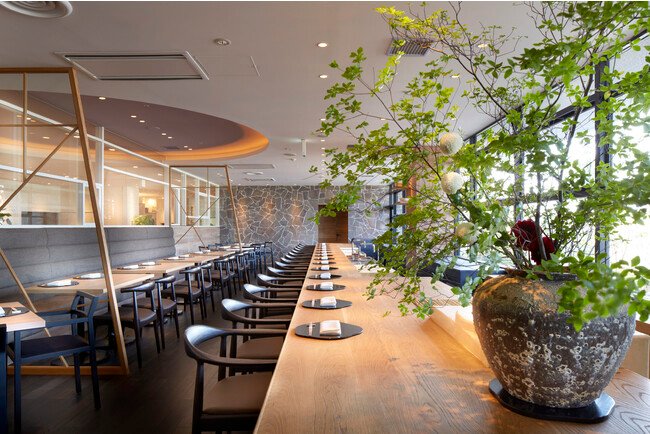