And Co., Ltd.
The motif is Hanafuda! New Vtuber office “ΛLIVE” was launched on October 26th. Mysterious view of the world of villains with the concept of world domination
After auditioning over 400 applicants, she made her debut as the first talent to belong to “Yukon Arca” and “Shinofuchi Mitama”.

The motif is Hanafuda! New Vtuber office “ΛLIVE” was launched on October 24th. Mysterious view of the world of villains with the concept of world domination
[Image 1 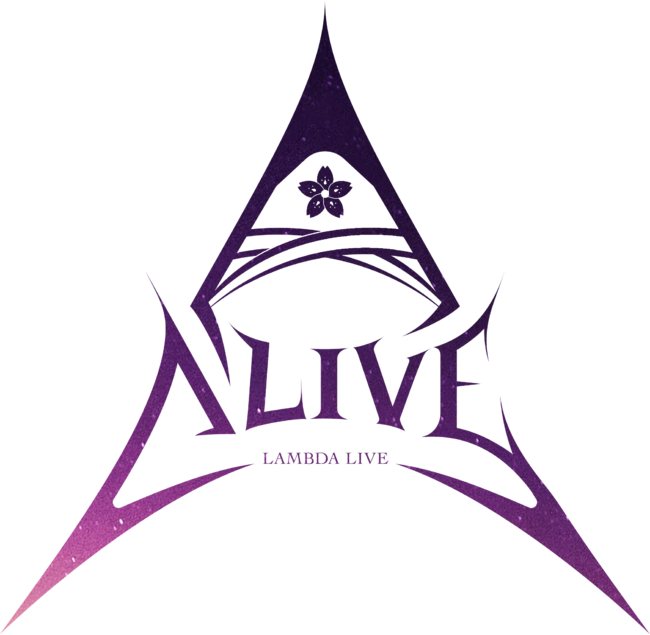 And Co., Ltd. (Headquarters: 162-0005 8F, 3rd Yamada Building, 22, Aizumi-cho, Shinjuku-ku, Tokyo) launched the Vtuber office “ΛLIVE” on October 26, 2022 as a new project of its own. rice field.
At the same time, Yuigon Aruka and Shinofuchi Mitama, who passed the audition held by our company, will debut as the first Vtubers belonging to “ΛLIVE”. We’ll let you know.
“ΛLIVE”
Official Youtube URL: https://www.youtube.com/channel/UCA–4YvHy42o0-dxvK8X1ww Official Twitter URL: https://twitter.com/lambdalivejp
The world view is [Hanafuda x villain] The concept is “world domination” “ΛLIVE (Lambda Live)” is an organization whose ambition is to “create world-class entertainment and revolutionize the way content is done from the ground up.” More than 400 people applied for the Vtuber audition held on Twitter, demonstrating the high level of attention. With the image of a villain organization with the motif of [Villains x Hanafuda], unprecedented Vtubers will create a new wind in the world of entertainment, incorporating the world view of Hanafuda, which has a suspicious and strange sex appeal.
[Affiliation talent introduction]
– Former nobleman. A girl at the top of a mafia organization whose soul was stolen by betrayal –
[Image 2 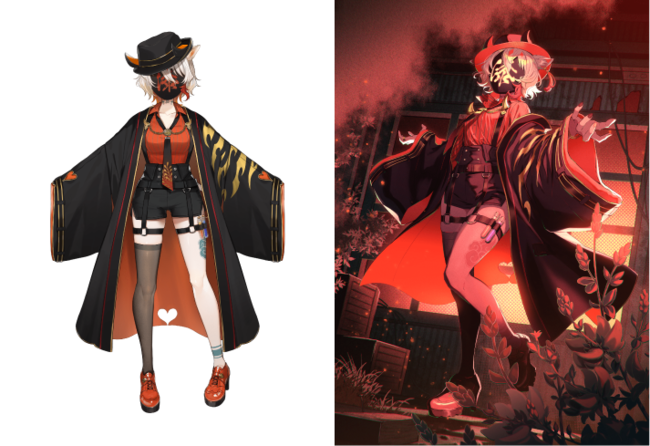 Talent name: Yukon Alka
(Yuigon Aruka)
[profile]
Hanafuda motif: July bill “Hagi and wild boar”
Affiliation: A mysterious mafia organization called “Family” Ambition: Recover the soul
“It’s in, the world is crazy from Hana”
She is a girl with the will and conviction to never stop walking no matter what the predicament. Originally, he was born into a large noble family, but withdrew because he was “not a good fit”, and now serves as the head of a mafia organization due to his innate charisma and determination to accept his own destiny.
Although he is a mafia, he does not approve of vulgar acts, and does not show mercy to those who deviate from his own norms, regardless of whether the opponent is a person of social standing. In the past, he lost a companion due to someone’s betrayal, and as a result, a part of his soul was stolen.
– Former sacrificial white cat. An innocent girl who innocently wishes for the spiritualization of all humankind.
[Image 3 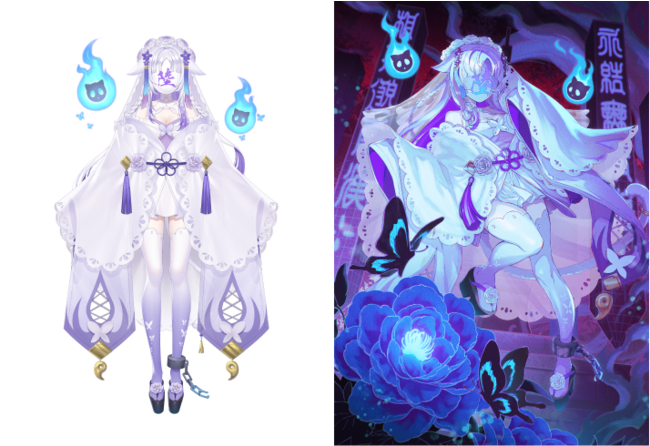 Talent name: Mitama Murasakinofuchi
(Shinofuchi Mitama)
[profile]
Hanafuda motif: June card “Peonies and butterflies”
Affiliation: Murasakinofuchi Shrine
Desire: Eternal sleep
“I don’t particularly remember, when I was alive.”
A girl who can’t be bound by anything. A sad spirit of a white cat that was sacrificed for human reasons. However, his memories of his life are vague, and he likes the freedom of ghosts, which is unrelated to the body and various ties.
“Everyone should become a ghost!”
Since she is originally a cat, her personality is capricious and free-spirited. ■ Future prospects
[Image 4 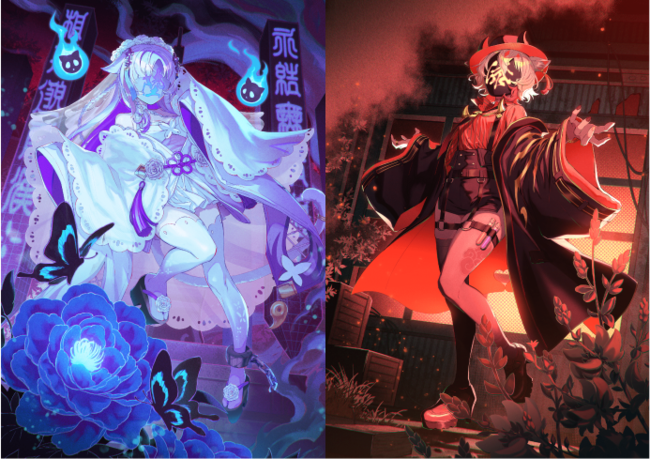 Our Vtuber activities are scheduled to be deployed on live
distribution services such as Twitch and YouTube.
– * We will deliver a follow-up report soon. –
In addition, regarding the affiliated talents, additional members are scheduled to debut following “Yukon Arca” and “Shinofuchi Mitama” who will debut this time. Just like the current members, please look forward to the newcomers who passed through a tough audition of over 400 applicants.
Our company was born as a new Vtuber office in this era that can be said to be the Vtuber Warring States period. We will boldly challenge the world of entertainment in order to realize the day when the name “ΛLIVE” will be known as a company that dominates the world. -Inquiries regarding this matter-
Company name: And Co., Ltd.
Location 〒160-0005 22, Aizumi-cho, Shinjuku-ku, Tokyo 3rd Yamada Building 8F TEL: 03-5969-9075
Mail: lambdalive.info@gmail.com