The subscription-type (flat-rate) music streaming service “AWA” operated by AWA Co., Ltd. (Headquarters: Minato-ku, Tokyo, CEO: Akemi Togashi) is “#My Autumn Song Best 8”. A playlist campaign to create themed playlists will be held from October 14th to October 23rd, 2022. We have tallied the songs used in the playlist created during the application period and announced the top 10 autumn songs for each Showa, Heisei, and Reiwa release. In addition, the playlist “AWA User’s Choice! My Autumn Song Best 50”, which contains the top 50 songs in the overall ranking, has also been released.
[Image 1 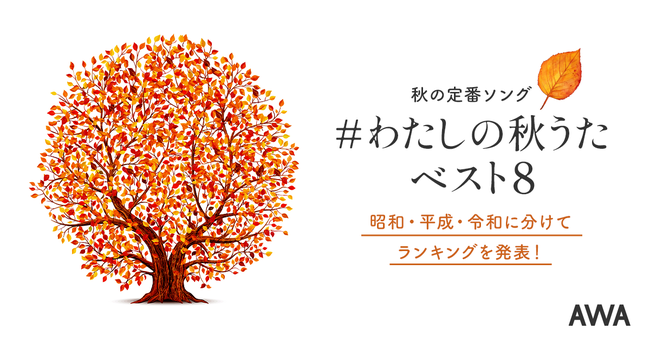 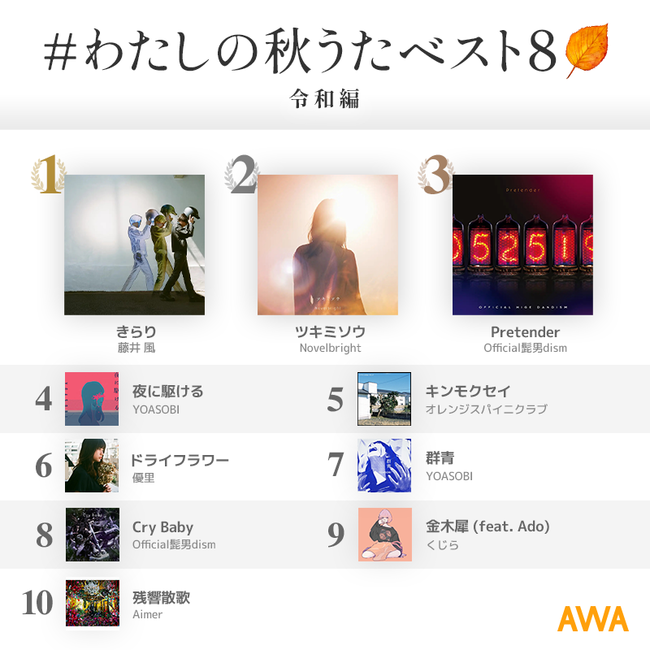 The number one song in the Reiwa edition was “Kirari” written by Kaze Fujii as the CM song for Honda’s “VEZEL”. This work was ranked 4th in Reiwa in the summer song held last time, and it has become a popular song from summer to autumn. 2nd place went to Novelbright’s
“Tsukimisou”, which became a hot topic last year as a heartfelt love ballad. Official HIGE DANdism’s “Pretender”, which recorded a mega-hit, ranked in at 3rd place. In addition, there are two songs, YOASOBI “Yoru ni Kakeru” and “Gunjo”, and “Kaneki Sai (feat. Ado)”, which welcomes Ado, a whale who is attracting high attention in the music scene as a new generation creator. A number of hit songs that color the are ranked in.
■ AWA users choose! My Top 10 Autumn Songs ~Heisei Edition~
[Image 3 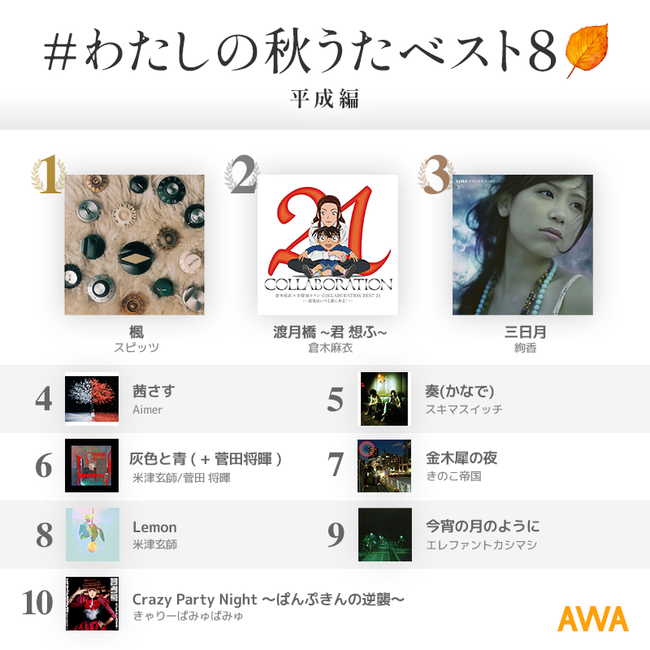 Spitz’s “Kaede”, which won first place overall, was ranked first in the Heisei edition autumn song. As a song that represents autumn, it is a famous song that has been covered by many artists such as Yumi Matsutoya, Moka Kamishiraishi, and uru. 2nd place went to Mai Kuraki’s “Togetsukyo ~Kimi Omofu~”, which was written for the movie “Detective Conan to Crimson Love Letter”. In 3rd place is Ayaka’s gem ballad “Mikazuki”, which is based on the theme of long-distance love. In addition, Aimer’s ballad song “Akane Sasu”, which reminds us of the sunset scene, and Kinoko Teikoku’s “Kanoki Sai no Yoru”, which has lyrics that make you feel the signs of autumn on a nostalgic melody. A number of famous songs that have shined in the history of the Heisei era are ranked in.
■ AWA users choose! My Top 10 Autumn Songs ~Showa Edition~
[Image 4 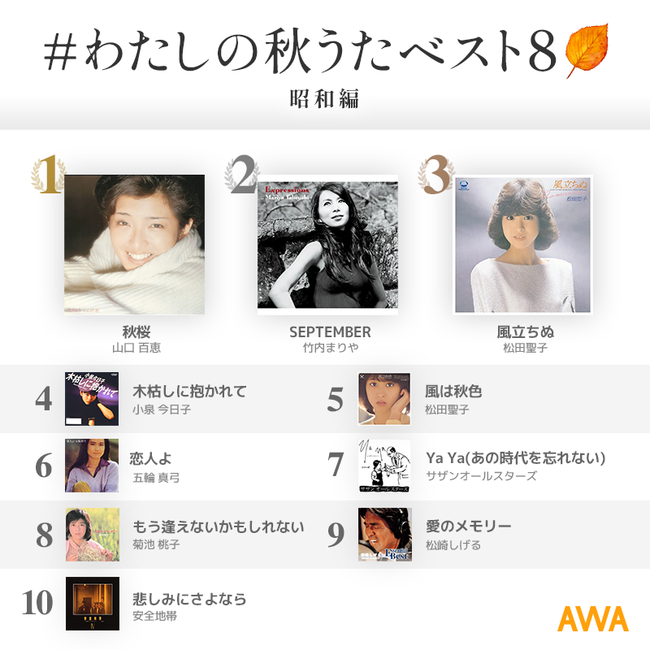