Dream Yosakoi Festival The Global Promotion Foundation announced that it will hold the 21st Dream Yosakoi Festival in Odaiba and Marunouchi from November 5th (Sat) to 6th (Sun). did.
The number of spectators before Corona (before) of the event, which boasts a track record of being held not only in Japan but also around the world, is about 1.1 million. It is one of the largest large-scale events in Japan that showcases splendid dance performances.
Approximately 4,000 dancers (52 teams) gathered from all over the country for the 21st time this season.
In addition, the event is a large event scheduled to be co-sponsored by the Tokyo Metropolitan Government, and has been adopted as part of the “Tokyo Attraction Dissemination Project”. As a measure against epidemics, this term will be the first in Tokyo!? On the 6th (Sunday), like last year, in addition to YouTube live distribution, a hybrid event “Metaverse ~ VR360°” that corresponds to the times is planned. [Image 1 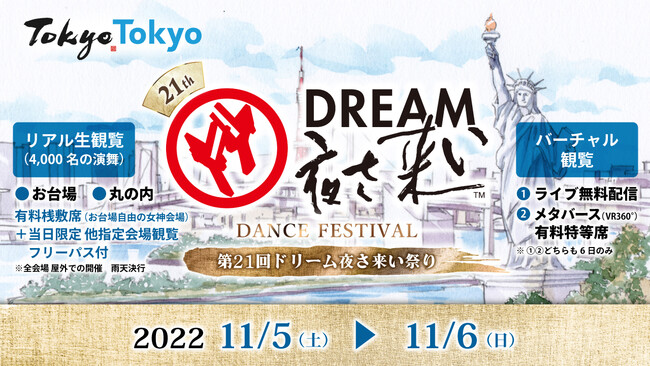 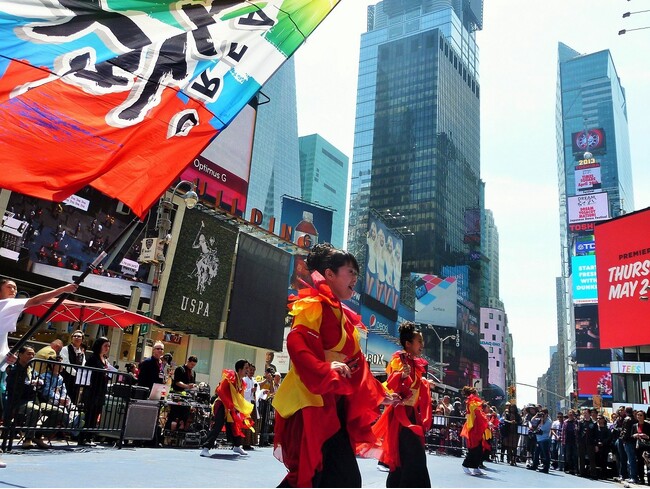 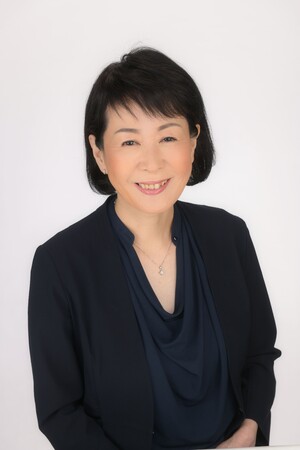 Started Yosakoi Naruko dance at a young age. Participate in the Yosakoi Festival.
Started jazz dance at the age of 16, and became a jazz dance instructor at the age of 19.
Became independent at the age of 20 and established as a
representative of “Studio Work Dancing”.
Participated in the Kochi Yosakoi Festival as a 21-year-old “Work Dancing” (150 dancers). Participated for 8 consecutive years I am 28 years old and live in Tokyo. Worked as a jazz dance and aerobics instructor at “Tip Top” in Tokyo
1999 Tokyo Yosakoi promotion team “TOKYO Yosakoi COMPANY (Tokyo Yosakoi Company)” founded
Since its founding in 2002, he has served as chairman of the Dream Yosakoi Festival Executive Committee and chairman of the Metropolitan Area Yosakoi Festival Promotion Council.
Currently, he is involved in a wide range of activities, such as producing Yosakoi teams in the Tokyo metropolitan area, choreographing Yosakoi Naruko dances, popularizing festivals in the Tokyo
metropolitan area, and appearing in movies, TV, ceremonies, and MICE-related events.
2013 “Dream Yosakoi Festival in New York” was held in Times Square for the first time in the world (also held in 2014 and 2017)
2014 Appointed chairman of Dream Yosakoi Matsuri Global Promotion Foundation at the time of establishment
2015 Published her first book, “Yosakoi Spirits: If you dance, your dreams will come true” (Gentosha)
2017 2020 Yosakoi Support Project Executive Committee Appointed as Director at the time of establishment
2018 “Dream Yosakoi Festival in Singapore” was held independently for the first time around Orchard Road (also held in 2019)
2019 As a Yosakoi Meister of Kochi Prefecture, work on spreading Yosakoi Naruko Dance for the first time in the Republic of Palau Invited to the Yosakoi workshop of Malaysia’s “Autumn Festival in Penang” (sponsored by JAGAM Northern Branch)
2020 Malaysia “Yosakoi Parade in Penang” invited by the Ministry of Foreign Affairs (Japanese Consulate in Penang) and workshop
performance guidance
The 19th Dream Yosakoi Festival will be held for the first time in the history of the festival with no audience and live distribution due to corona
2021 Lecture as a guest lecturer at Komazawa University “Thinking about Life Design”
“The 20th Dream Yosakoi Festival” will be held in real time with no audience + live distribution due to corona sickness, and VR recording and distribution for the first time in the history of the festival will be held
Conducted the first online workshop in collaboration with the Ministry of Foreign Affairs (Consulate General of Japan in Penang) and JAGAM Northern Branch
[Image 4 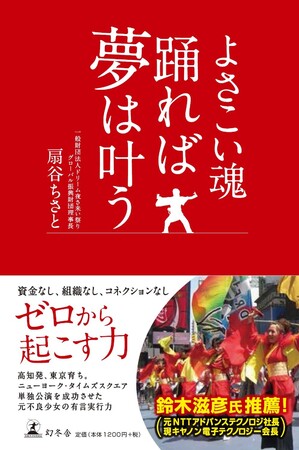 Dreams come true if you dance Yosakoi soul
Efforts of the Dream Yosakoi Festival
・2002 (1st) Held for the first time to celebrate the pre-opening of the Rinkai Line
・2003 (2nd) Co-sponsored by the Edo 400th Anniversary Project Promotion Council (consisting of the Tokyo Metropolitan Government, the Tokyo Chamber of Commerce and Industry, etc.)
・”ClubDream Yosakoi” was held at Zepp Tokyo in March 2007 to commemorate the 5th anniversary.
・2007 (6th) From this time onwards, co-sponsored by the Tokyo Metropolitan Government and Fuji Television Network (to date) ・October 2008 Held at Haneda Airport (Terminal 2) for the first time as the 7th pre-event.
・2009 (8th) Opening and implementation of the first dance venue in the Marunouchi area (to date)
・2010 (9th) Opened and implemented the first performance venue in the Yurakucho area (to date)
· 2013 Japan-US exchange · As part of the sister city exchange between Tokyo and New York, the “Dream Yosakoi Festival in New York” was held for the first time in Times Square. A pre-event at Tokyo Skytree Town will also be held for the first time.
・January 2014 Organizational transition to Dream Yosakoi Festival Global Promotion Foundation
・December 2017 Established NY Dream Yosakoi Official Team in New York ・June 2018 “Dream Yosakoi Festival in Singapore” was held for the first time in and around Orchard Road, Singapore.
・ 2019 The first festival to start each SDGs initiative
・In 2020, due to the corona crisis, the festival will be held in real time with no audience for the first time + live distribution will be held
・ In 2021, due to the corona virus, the real event will be held without an audience + live distribution will be held, and the first VR recording and distribution will be performed in the history of the festival.
[Others] Supporting member of the Tokyo Tourism Foundation since 2008 Member of the Tokyo Chamber of Commerce and Industry since 2012 [Image 5 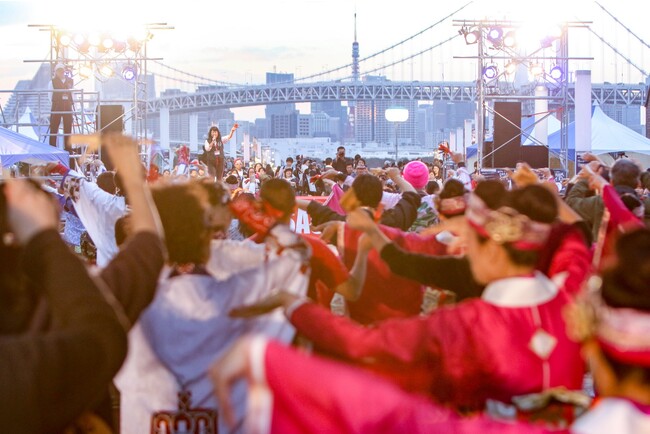 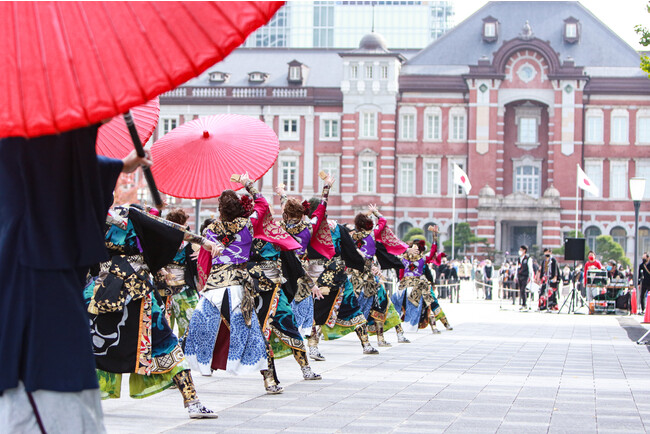 What is Tokyo Tokyo?
[Image 7 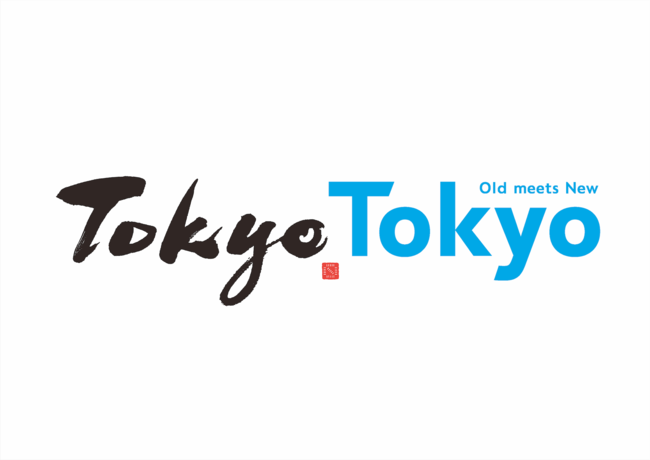 Source: Tokyo Tokyo icon
The Tokyo Metropolitan Government is promoting efforts to establish the “Tokyo Brand” by disseminating the attractiveness of Tokyo as a city both domestically and internationally. “The 21st Dream Yosakoi Festival” was adopted as part of the “Tokyo Attractive Project”*. In this event, “a festival that incorporates traditional local culture such as folk songs into the performance (traditional part)” and “1. Universal participation festival that transcends gender, age, disability, nationality, field and culture 2. Mental A festival that promotes health, including health, and promotes communication 3. A festival that transcends existing frameworks and allows creative participation and flexibly evolves according to the times (innovative part) We will promote the Tokyo brand by intersecting.
*The “Tokyo Attractiveness Project” will effectively utilize the Tokyo brand icon “Tokyo Tokyo Old meets New,” which expresses the charm of Tokyo, where traditions that have continued since the Edo period coexist with cutting-edge culture. and private businesses collaborate to promote the appeal of Tokyo.
Click here for details → https://tokyotokyo.jp/en/home/ 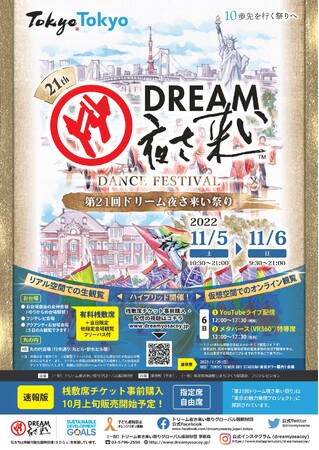 Source: Dream Yosakoi Festival Global Promotion Foundation
The event will be held in 2020 and 2021 without spectators as a difficult decision due to the spread of corona infection. In 2022, we decided to hold Tokyo’s first “paid viewing box seats” in order to hold it safely and securely as a festival event representing sustainable Tokyo.
We implemented anti-epidemic measures for spectators, and set up “paid viewing box seats” as an optimal method for a festival that can be viewed safely and securely. Viewing ticket sales are scheduled to start on Thursday, October 6th.
[Real live viewing]
~ 5th (Sat) and 6th (Sun) Performance by 4,000 Yosakoi teams nationwide ~ ◆ Paid box seats
(Odaiba Statue of Liberty Venue: In front of Yurikamome Daiba Station) + Free pass for viewing other designated venues on the day only *Advance purchase of box seats will be on sale from Thursday, October 6th. *This is the first time for a Tokyo festival to take measures against epidemics and to prepare for a post-corona society.
+ As a privilege, other designated outdoor performance venues can be viewed standing
[Live distribution]
~ 6th (Sunday) 12: 00-17: 30 ~
◆YouTube Live Streaming & Metaverse (VR360°) Paid Special Seats * Other details will be announced at a later date
Official SNS
● Foundation official website → https://www.dreamyosacoy.jp
● Foundation official Facebook →
https://www.facebook.com/dreamyosacoy.japan.tokyo
● Foundation Official YouTube →
https://www.youtube.com/channel/UComqHPSGNVPCQCp3bmHAs4w/featured ● Foundation official Twitter → https://twitter.com/dreamyosakoi ● Foundation official Instagram → https://www.instagram.com/dreamyosacoy/ For press inquiries, please contact EventBanking.
→ https://www.eventbanking.com/contact
Details about this release:
https://prtimes.jp/main/html/rd/p/000000026.000016503.html