Breitling presents the Navitimer B02 Chronograph Cosmonaut Porco Rosso, co-created with Studio Ghibli. This unique 24-hour watch has its origins in the 1962 Cosmonaut, the “first Swiss watch to travel in space”. And now, to commemorate the 60th anniversary of that historic flight, the 30th anniversary of the release of the movie “Porco Rosso”, and the long-awaited opening of Ghibli Park, we are releasing a limited edition Cosmo Note dedicated to the beloved aviator Porco. . [Image 1

(C) Studio Ghibli
The Navitimer Cosmonaut, the first Swiss watch in space
Developed in 1952, the Navitimer has become the undisputed pilot’s watch with its rotary aviation slide rule for all the calculations you need in flight. But in the early 1960s, it was time for the space race, and another race was secretly underway, this time with watchmakers vying to develop the world’s first astronaut’s watch. On May 24, 1962, when Scott Carpenter flew Mercury Atlas 7 on his wrist, the Navitimer Cosmonaut officially became the world’s first Swiss wristwatch chronograph to fly into space, and Breitling Here, too, he showed the world his technological prowess in the sky. This model was a version of the iconic Navitimer that added a 24-hour dial to distinguish between day and night in the darkness of space, in response to his personal request. The Mercury Atlas 7 made its way into the history of aviation and watchmaking when it landed in the Atlantic Ocean after three orbits of the Earth.
Breitling and Porco Rosso team up again
Navitimer B02 Chronograph 41 Cosmonaut Porco Rosso
The Navitimer Cosmonaut celebrated its 60th anniversary this year. And the famous Ghibli work “Porco Rosso” is also 30th anniversary since its first release. In fact, both have a track record of releasing the Cosmonaut Porco Rosso Special Edition in 2001. And with the opening of Ghibli Park this year, the Navitimer B02 Chronograph 41 Cosmonaut Porco Rosso was born.
This watch features Porco’s beloved Savoia S-21 on the dial at 24 o’clock and an illustration of Porco on the sapphire crystal case back. The steel caseback is also engraved with a proof that this watch is one of 100 limited editions. The hand-wound Manufacture Caliber B02 is guaranteed for 5 years, has a power reserve of approximately 70 hours and can be changed at any time. Stainless steel is used for the case and bezel. At the time of purchase, a special booklet that introduces the story and products of the movie is attached.
This work will be pre-sold from October 14th for club Breitling members. For more information, visit the Club Breitling Members page on Breitling.com. From November 1st, it will be available at Breitling boutiques and online boutiques nationwide and at Ghibli Park “Ghibli Warehouse”. 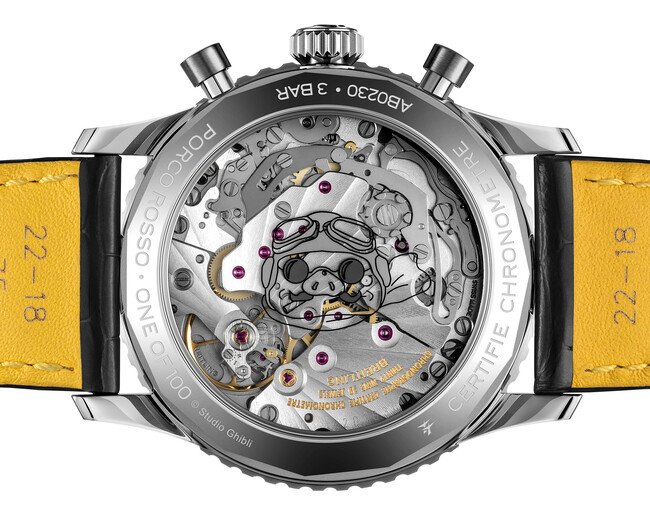 (C) Studio Ghibli
Porco Rosso
An animated film produced by Studio Ghibli released in 1992, written, written and directed by Hayao Miyazaki. The setting is Italy after the First World War. The main character Porco Rosso, a former Italian Air Force ace pilot, casts a spell on himself to become a pig, and spends his days flying around the Adriatic Sea in his beloved Savoia S-21 as a bounty hunter who undertakes extermination of air pirates. A story depicting the way of life of flying boat riders.
[Image 3 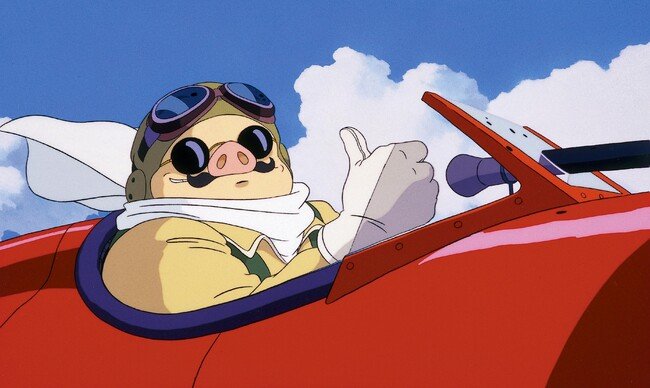 (C) 1992 Studio Ghibli・NN
Ghibli Park
Ghibli Park is a park that expresses the world of Studio Ghibli, which is created in consultation with the forest in the Aichi Expo Commemorative Park (Morikoro Park). Ghibli Park does not have any major attractions or rides. It is a place where you can discover secrets while walking on your own feet and feeling the wind while walking through forests and roads.
The three areas that will open on November 1st are “Ghibli’s Great Warehouse,” “Seishun no Oka,” and “Dondoko Forest.” A large warehouse full of Ghibli secrets and the world of buildings that appeared in movies await. Reservation system with specified date and time. Ghibli Park official website: https://ghibli-park.jp/
[Image 4 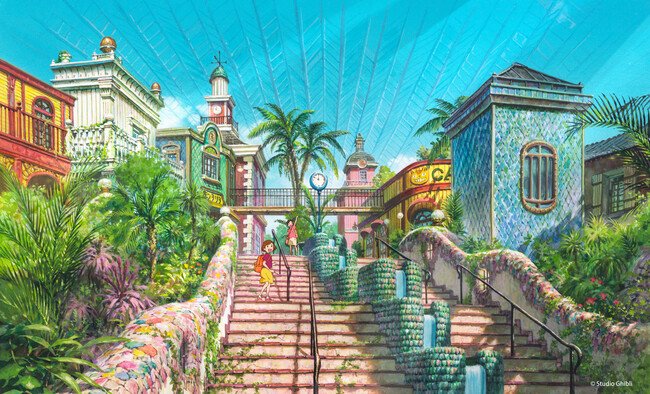 (C) Studio Ghibli
breitling
Founded in 1884, Breitling is a Swiss watchmaker. An innovative company that invented the modern chronograph and pioneered the navigational tool watch. Today, the casual, inclusive and sustainable luxury brand continues to break new ground with over 150 industrial loft-inspired stores worldwide. The Breitling collection explores a yearning for the sky, land and sea, and adheres to the brand’s established modern retro style. All movements are COSC-certified chronometers, a testament to their outstanding quality, and Breitling is one of the few independent watchmakers to produce Manufacture calibres. Traditional watchmaking meets the latest innovations, Breitling is a company with a long history and at the same time cutting edge.
club breitling
Club Breitling is a membership-free customer service unique to Japan that can be used by those who have purchased Breitling at authorized retailers in Japan (excluding outlets, airport duty-free shops, etc.). In addition to receiving watch maintenance at a special member price, members can receive event information and new product information on a priority basis.