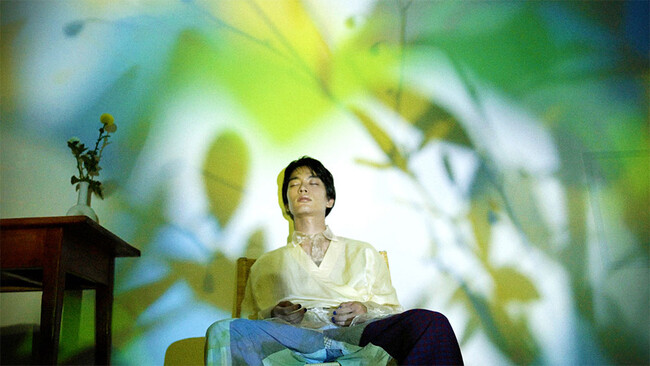 This movie is produced by a gathering of up-and-coming creators, including Ren Sudo, who will appear, Oorutaichi who will produce the music, and Koheisai Kawamura who will create the shadow picture. In order to arouse interest in “traditional festivals” from the younger generation, we will focus on a part of the “meaning and origin” of the original festival, which is different from the image of a lively festival, and “connecting with our lives”. It expresses the message, “There is a festival.”
In addition, the media “CINRA”, which has the theme of “social x culture”, will support the purpose of the “Matsurito” project and will publish articles that delve into the appeal of Japanese festivals from various cultural aspects.
◆ Image movie URL: https://youtu.be/YkjcweUEUfs
◆ “Matsurito” Official Website: https://matsurito.jp/
◆ Official YouTube channel:
https://www.youtube.com/channel/UCg9cnMkZPHvrksQbJYS2SAg
■About the “Matsurito” project
Traditional events and folk performing arts across the country have been hit hard by the difficulty of holding them due to the corona wreck. Commissioned by the Agency for Cultural Affairs, Canon Marketing Japan will support traditional events through video production, photography, online information dissemination, and local operational support. This website, “Matsurito”, is based on the theme of “exploring Japanese festivals,” and will disseminate the appeal of festivals and traditional events from various angles.
■ Image movie overview
[Image 2 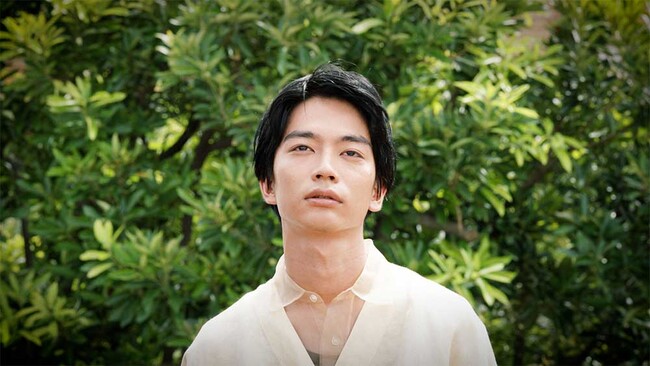 The movie I made this time is based on the concept of the “Matsurito” project, which is that “there is a ‘matsuri’ beyond the small prayers and celebrations in our daily lives,” while using fantastic music and shadow puppetry techniques. express.
The stage of the story is a certain everyday life. In his daily life, the main character does casual actions such as “eating a delicious breakfast”, “cleaning while listening to music, and getting into the rhythm of the body”, and “praying while worrying about the weather”. However, this is linked to the actions before going to the festival, such as “giving thanks,” “purifying oneself,” and “praying for a good harvest.”
Then, when the main character suddenly falls asleep, the door leading from everyday life to the festival opens. The motifs of the festival appear one after another, such as lanterns, animals, and plants. While synchronized with the mysterious and lively music, the room will be colored with fantastic and beautiful light and shadow. Through the festival, you can learn about the culture, history, climate and natural features of the land, and experience the mysterious energy that transcends life and the connection between humans. , “There is an entrance to the festival as an extension of everyday life, and it leads to opportunities to encounter new things.”
Up-and-coming creators gather for the production cast and staff Up-and-coming cast creators who are exciting now are gathering for movie production.
For the role of the main character, Ren Sudo, an actor and film director who has been attracting attention with the movie “Backlight” that he directed and starred in, and has continued to appear in topical works such as the Fuji TV drama “Hey Handsome!!”. . The filming will be done by Yohei Haga, who gained a lot of attention with the movie “Tropical” and was also in charge of the ending video and theme song MV for the Fuji TV drama “Towako Soyameda and Three Ex-Husbands”.
Music production is the music project “YAKUSHIMA TREASURE” with KOM_I, and the NHK animation “Don’t touch the video lab! Oorutaichi, a musician who develops a wide range of activities, such as providing music for The fantastic shadow puppets synchronized with the music were produced and directed by Koheisai Kawamura, one of Japan’s leading shadow puppeteers who has performed all over the world. In addition, the stylist is Hiromi Nakamoto, who is attracting attention for her unique and catchy styling. Eriko , who is active in advertisements such as fashion magazines and commercials, is in charge of hair and makeup.
This movie was directed by Ai Nonaka of CINRA, Inc. In the music project “Old To The New” by CINRA and LINE RECORDS, we worked on a documentary video of popular singer Rei Kato and others, and commemorated the 5th anniversary of Japan’s largest station-type commercial facility “Lucua Osaka”. LUCUA Osaka’s 5th Anniversary Festival”, he is a video director who not only produced the concept movie but also served as art direction.
Bringing together the creativity of the much-talked-about production team, we have created a fantastical world view of “Matsuri” that exists side by side with the everyday world. Please enjoy the one and only concept movie that will draw you in.
■ Comments from the cast and production team
・ Ren Sudo (appearance)
Nice to meet you. I’m Ren Sudo, a film director. “Aiming to have fun by mixing young and old.” Festivals all over the country are different for each region, and when I think about why they are all beautiful, I feel that it will be a hint to live happily in the next era. ・Oorutaichi (music)
By unraveling the “matsuri” consciousness and actions that drift in our daily lives, I feel that we can come across the archetypes of prayer that have been built up hundreds and thousands of years before we were born. I created this work with the image of the primordial sound of the festival, which can be heard when going back in time. ・Koheisai Kawamura (Shadow Puppet)
A festival is a place where we who live now and those who lived in the past – invisible dead people and spirits – gather in one place to share joys and sorrows. I would be happy if you could feel such a festival space through the world of shadow pictures.
・ Ai Nonaka (Director)
I learned that the prayers and wishes of people who lived in the land and place were passed down in the form of festivals.
I made a video with many people who shared my thoughts so that I could notice someone’s prayers and important things that should not be forgotten, which I would not notice if I lived idly.
■Cast / Staff Profile
・ Ren Sudo (appearance)
[Image 3 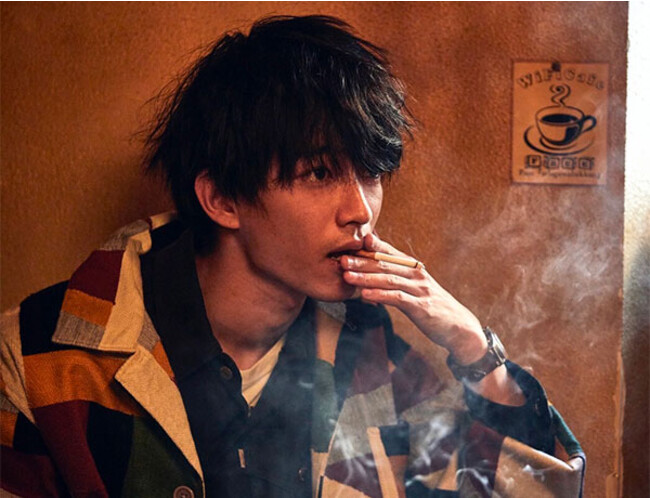 Film director actor. Born in Tokyo in 1996.
He has appeared in works such as “Wonder Wall”, “Natsuzora”, “Idaten ~Tokyo Olympic Banashi~” and “Hey Handsome!!”. The director’s first film, Gyakko, became an unusual long-running hit due to the new publicity campaign, in which the director himself visited and stayed at the film’s theaters.
・Oorutaichi (music)
[Image 4 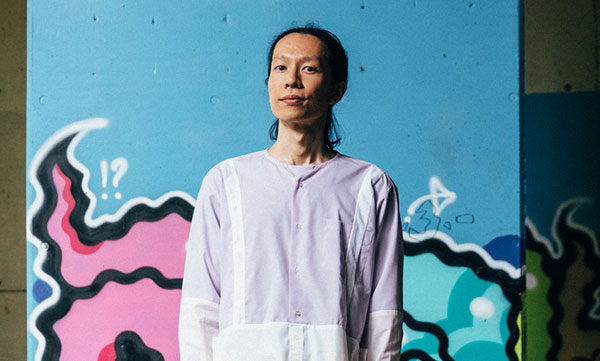 Started activities as Oorutaichi in 1999 with the keyword “Drifting Inner Folklore”. Develops unique music that fuses electronic sounds with non-verbal songs. Currently, he is working on a music production in Kumano with KOM_I, an ancient koto restoration project with Buddhist sculptor Tomonobu Asamura, and a Gagaku project “Donburako” with Taro Ishida. He has a wide range of activities, such as being in charge of the accompanying music for the animation “Keep Your Hands Off Eizouken!” aired on NHK General in 2020.
・Koheisai Kawamura (Shadow Puppet)
[Image 5 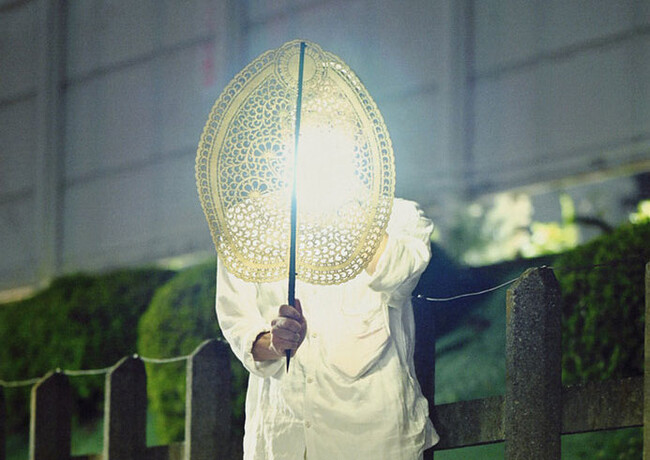 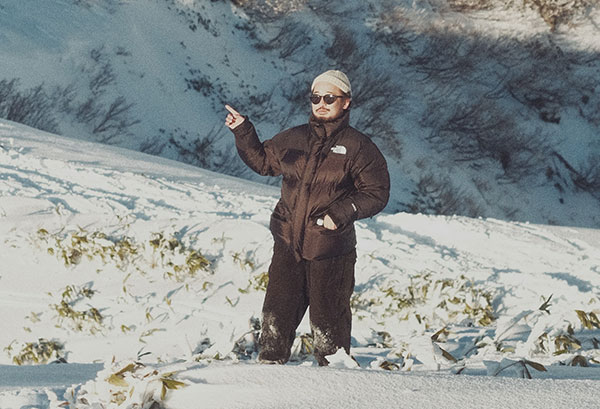 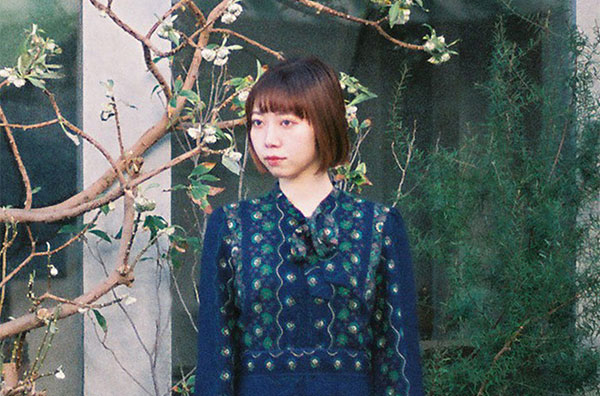