Compound Eye Economic School Co., Ltd.
Compound Quarterly Outlook: “Returning to Japan” is the theme for the second half of the year for Japanese companies – In addition to the lifting of the ban on inbound tourism, the domestic orientation of manufacturing and production is becoming clear / Now is the time for investor/consumer awareness and behavior to be important –
The latest survey by Compound Eye Keizai Juku has made it clear that Japanese companies are returning to Japan in earnest. This trend will undoubtedly bring benefits to Japan as a whole, but for it to take hold, our awareness and actions as investors and consumers will be questioned.

Compound Eyes Economic School-https://www.millioneyes.jp-, where about 1,200 (*1) students from Hokkaido to Okinawa learn, analyzes the latest (2022 4th volume “Autumn issue”) company quarterly report. Today, we announced the Compound Eye Quarterly Outlook, which we publish every three months. The latest outlook highlights the fact that endless globalization has come to a halt due to the global conflicts known as the new coronavirus and the new Cold War, and that Japanese companies are beginning to return to Japan. (*1) As of October 1, 2022
In addition to the novel coronavirus and the arrival of the new Cold War era, the depreciation of the yen has accelerated the return to Japan
With the advent of the new Cold War era symbolized by the novel coronavirus shock that shocked the world and Russia’s invasion of Ukraine, the procurement network (supply chain) for products and parts was disrupted. As a result, the risk of depending on overseas for products, parts, and even food has become apparent. In addition, the yen’s depreciation since the beginning of the year has pushed up import prices. The “expensive feeling” of Japanese products, which had been a concern for some time, has faded, and people’s eyes have turned to the real thing.

“Domestic return” that frequently appears in the latest quarterly report In the company quarterly report of the 2022 fourth volume “Autumn issue” released in late September, there are frequent company comments related to “return to Japan”. The most symbolic was World (3612). The goal is to increase the domestic production ratio of brands for department stores to 90% in the fiscal year ending March 2026 with the aim of reducing lead times. According to our research, the company’s domestic production ratio in 2018 was 2.3%, so it is an amazing growth. In addition, in the comment section of Shin Nippon Denko (5563), the largest ferroalloy company for steel, there is a comment that “a customer requested domestic production of ferroboron for steel, which is the only domestic production, and the halted facility will be restarted in November 2022.” Furthermore, in the comment section of the Hokkaido Chuo Bus (9087), it is written that “Regular sightseeing buses are developing demand for courses that tour the Jomon ruins, a World Heritage site.” This is the first time that the word “Jomon” has been used in compound eye survey analysis. Expecting inbound consumption, the tourism industry is also beginning to dig deeper into the domestic appeal.
[Image 1 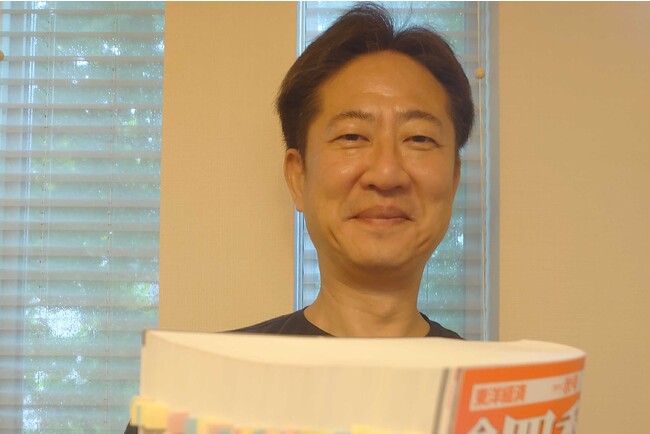 Some companies are concerned about yen depreciation and Kishida administration policies
In addition, there are companies that are concerned about the weak yen and Japanese policies. In terms of yen depreciation, Axies (1381), a major domestic chicken company with a customer in Kentucky (KFC). “Insufficient supplies of imported products from Thailand and Brazil have led to price hikes, and there are strong inquiries for
domestically produced chicken. In order to respond to the increase in demand, we plan to gradually implement capital investment to increase chicken production.” In addition, Sasakura (6303), a major seawater desalination equipment company, said, “Heat exchangers for
incineration plants, which had lost out to Taiwanese competitors, are now competitive again due to the weaker yen.” In terms of policy, there are revisions to the Wood Utilization Promotion Law and the concept of a digital garden city nation. In relation to the former, Orvis (7827). I was curious about the comment that “we will start purchasing cedar wood with a larger diameter than before, and focus on securing domestic cedar logs.” Regarding the latter, I am interested in the fact that the People, Dreams, and Technology Group (9248)’s jointly developed ‘Hokkaido Sarabetsu Village Super Village Concept’ has been adopted as the national digital garden city concept.

“Japonisme,” which has been attracting attention since 2015, is a factor in the rise of Japanese stocks
Compound Eye Keizai Juku believes that this return to Japan did not start suddenly. Hewlett-Packard Japan, an American personal computer maker, has been making its own products with a commitment to “MADE IN JAPAN” for 20 years. The Japanese subsidiary of Levi Strauss, an American apparel maker, is also creating “MADE IN JAPAN” jeans and is discovering demand. Since around 2015, such movements have become commonplace, and it is no exaggeration to say that Japonisme is making a comeback.
Japonisme is the Japanese boom that swept the world for about 50 years from the 1860s. It is famous for having influenced masters such as Van Gogh and Manet. That 50-year period coincides with the period when Japanese stocks were in an upward cycle.
In the current upward cycle of Japanese stocks that started in 2013, the recurrence of Japonisme is likely to provoke a further rise.

It is up to us whether we can reverse the trend of domestic hollowing that started with the Plaza Accord.
Since the 1985 Plaza Accord, the dollar has weakened and the yen has appreciated. As a result, Japanese companies moved production to the United States and Europe. The further appreciation of the yen in the mid-1990s prompted companies to move their production bases to other parts of Asia. As a result, the hollowing out of the country accelerated. However, with the introduction of cutting-edge IT technology, the automation of factories and in-house production have resulted in higher production efficiency, and even before the outbreak of the new coronavirus, there was a movement to return production bases to Japan. With the supply network being cut off by the novel coronavirus, the conflict between the United States and China, and the invasion of Ukraine, question marks began to appear on the production system that relied on overseas production. .
However, whether “returning to Japan” will take root depends on the investment behavior (including shopping) of each and every one of us. This is because now is the result of prioritizing price and acting without looking at the essence of production areas and producers. It is the same as investing in stocks without looking at the essence of the company and only looking at the stock price and failing. We can make a big difference in the world by changing the way we use money, so I want to make sure that we use money correctly and with the will to return to Japan.

Composite Eye Economic School, headed by President Seiji Watanabe, who spent 25 years reading through 100 volumes of quarterly reports, will recruit students for the January 2011 term in December.
On October 1st, Seiji Watanabe, the president of the school, read through 100 volumes of the Company’s Quarterly Report in 25 years. Compound Eye Economic School teaches you how to invest in an easy-to-understand, fun and serious way. The website for Keio students has been renewed and has greatly improved operability. Faster navigation between pages and a better search function. The lecturers are led by Principal Seiji Watanabe and Principal Emin Yilmaz, both from Japan’s largest securities companies. Emin Jukudo’s “Collapse of Everything Bubble”, which was released in March, is a long-seller and has been published several times. Supervised by Watanabe and Emin, released in August, “Four times a year check investment technique” is the first book book that summarizes the essence of his previous works in a simple manner.
Compound Eye Keizai Juku is recruiting students from early December 2022 to January 2023. Compound Eye Keizai Juku is the only place where you can learn how to invest directly from two experienced people. As of October 1, there are approximately 1,200 students, a record high. Compound Eye Keizai Juku teaches students how to analyze the latest quarterly reports and how to read the Nikkei Shimbun at monthly meetings. Monthly meetings are held in different locations throughout the country. You can participate at the venue, or you can watch it online. The content of the monthly meeting will be archived, so you can view it at a later date.
In addition, you can also use the “compound eyes SNS” that only Keio students can post and view. You can participate with your real name or anonymously. Without using mathematical formulas, learn about not only stocks but also companies and society in easy-to-understand language, and develop economic people who can think independently. At our annual training camp, we take up a wide range of investment and global topics that cannot be covered in our monthly meetings, and have fun discussions. In addition, we will also travel to Japan’s industrial heritage sites, such as the Besshi Copper Mine in Ehime Prefecture, and use our five senses to think about the appeal of Japan and Japanese companies. There are three types of classes: regular course plus students, regular course students, and preparatory course students, so you can participate in Compound Eye Economic School in a way that suits you. Please check this out for details.
https://new.millioneyes.jp/lp
[Image 2 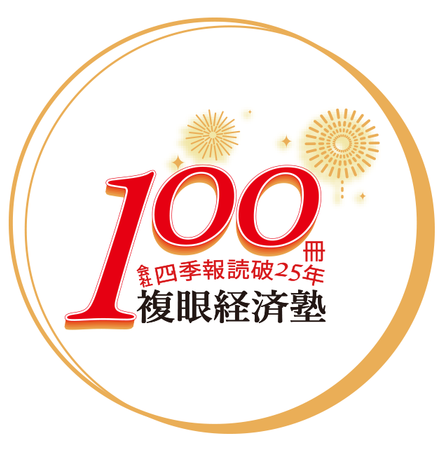 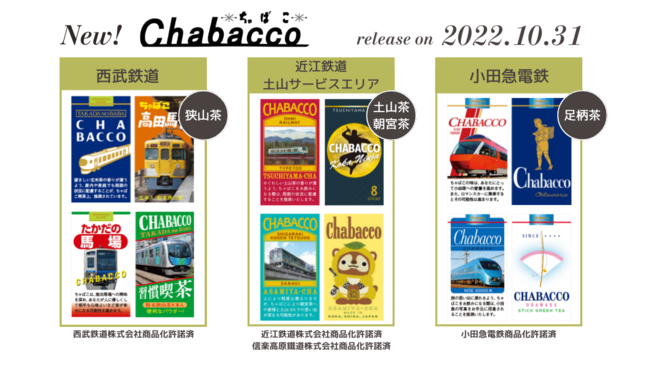 One thought on “Compound Eye Quarterly Outlook: “Returning to Japan” is the theme for the second half of the year for Japane se companies – In addition to the lifting of the ban on inbound tourism, the domestic orientation of manufacturing and p roduction is becoming”