D2C X Co., Ltd. (Headquarters: Minato-ku, Tokyo, Representative Director: Yasuhiro Nakanishi, hereinafter referred to as D2C X) operates media for foreigners visiting Japan “tsunagu Japan”. We have released three new feature pages such as the new project “People of Japan” that focuses on themes that foreign tourists who are highly interested in Japan are really interested in. Along with the release of this special feature page, we will also start recruiting interviews and tie-up publications.
[Image 1 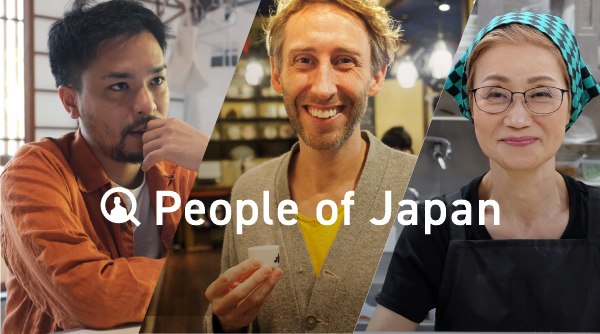 In response to the increase in foreign tourists due to the relaxation of immigration restrictions after October 2022, “tsunagu Japan” will strengthen the transmission of Japan tourism information in languages ​​such as English, Chinese (traditional), Vietnamese, and Thai. I’m here.
On the other hand, foreign tourists who have not been able to visit Japan for about two and a half years are looking for tourist information in Japan with considerable expectations, according to various surveys and SNS reactions. can be felt from
Therefore, in “tsunagu Japan”, foreign writers living in Japan collect and write about themes that foreign tourists who are highly interested in Japan are really interested in, rather than existing common tourist spot information and general cultural information. We have started a series of feature articles on It is a feature article that Japanese people can discover new things by looking at what kind of perspective foreigners who like Japan see Japan.
■ Feature articles focusing on three themes
In this special feature, we will update articles that delve deeply into Japan based on the three themes of “people,” “regions,” and “culture,” as “information that foreign tourists who are highly interested in Japan really want to know.”
Feature page URL: https://www.tsunagujapan.com/ja/category/feature/ ●People of Japan ~I asked the person I want you to pay attention to right now! thoughts on activities
“People of Japan” is a special feature that focuses on various “people” who are active in Japan, such as craftsmen of traditional culture, up-and-coming artists, entrepreneurs who change society with their own ideas, and owners of popular shops. Considering that “people who are active in Japan are also valuable tourism resources,” we are disseminating the characteristics of the products and services they create, development secrets, thoughts of the people involved, and future prospects.
Ms. Yumiko Ukon, who continues to attract attention as the owner of Tokyo’s popular rice ball restaurant “Bongo,” and Ms. Vaughn and Rie Allison, owners of cafés and galleries in Higashi-Nagasaki who foster interaction in the region through coffee and art, Interviews with entrepreneur Keita Onooka, who developed Coffee Natto SOYFEE under the vision of “getting rid of stereotypes from natto and spreading it to as many people as possible, including foreigners.” are summarized as a special article.
By listening to not only the products and services but also the person’s life and thoughts, the interviewees have been well received, saying, “This is the best article I have ever received!”
-People of Japan article example-
https://www.tsunagujapan.com/ja/category/feature/people-of-japan/ 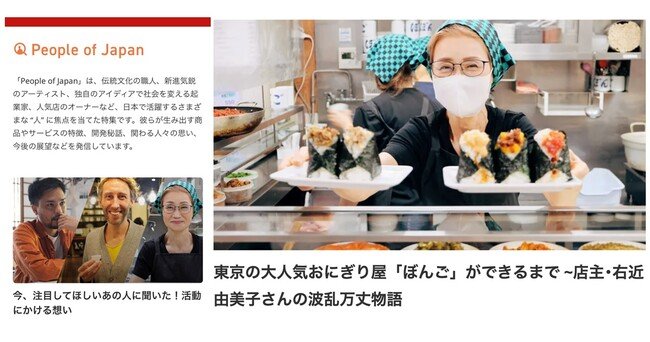 Interview with Yumiko Ukon (Owner of Tokyo’s popular rice ball restaurant “Bongo”) by tsunagu Japan Taiwanese writer Published in July 2022
●Area of ​​Japan ~When I have time for a day, I go here!
“Area of ​​Japan” is a special feature that introduces lesser-known “areas and spots” in various parts of Japan, carefully selected from a unique perspective by multinational editorial staff. Rather than a wide area, we will introduce a range of town units that you can walk around. Foreign writers will be able to give you useful hints for your trip to Japan, such as what they actually felt in the country, the charm of the place, and how to enjoy it.
In the latest feature, the theme is “When I have time for a day, I will go here!” , Kiyosumi-shirakawa’s personal cafe tour, and the racetrack experience that I was hesitant because I needed courage to visit.
-Area of ​​Japan article example-
https://www.tsunagujapan.com/ja/category/feature/aoj-one-day-free-in-tokyo/ [Image 3 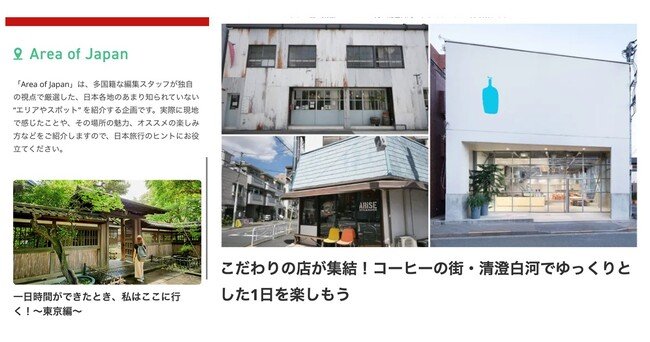 Kiyosumi Shirakawa Exploration Article by tsunagu Japan Vietnamese Writer Published in July 2022
●Culture of Japan – Interview with an expert! How to enjoy that Japanese gourmet “Culture of Japan” is a special feature that introduces the unique “culture” of Japan. Multinational staff, including Japanese, thoroughly delve into various cultures that Japan can boast to the world, such as food culture, traditional culture, and pop culture. In the latest special feature, we publish articles on the theme of “I asked an expert! How to enjoy that Japanese gourmet”, and ask about how to eat more delicious Japanese gourmet that each writer was interested in and the thoughts of the creators. . Jonamagashi, which is called an edible work of art and expresses the beauty of Japan’s seasons, raw eggs that are unfamiliar to foreigners but deeply loved by Japanese people, foreign writers who love sake visit sake breweries, Articles that touch the essence are updated from time to time.
-Culture of Japan article example-
https://www.tsunagujapan.com/ja/category/feature/coj-tips-tricks-for-enjoying-japanese-food-drinks/ [Image 4 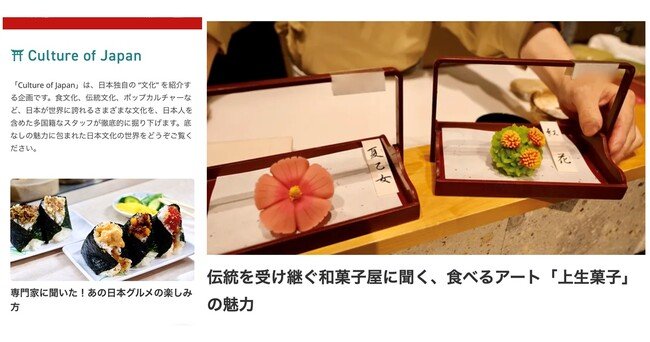 tsunagu Japan An article written by an American writer that conveys the appeal of fresh sweets Published in August 2022
■ Recruitment of interviews and tie-up publications
The “tsunagu Japan” editorial department will continue to cover and write articles centering on the above themes. If you have someone who would like to be featured in an article or want tsunagu Japan to cover your company’s products and services, please feel free to contact us. After discussing the content and language of the article, we will consider publishing the article.
In addition, we have prepared a tie-up menu for sponsors in
conjunction with this special feature. Please feel free to contact us if you would like materials related to tie-up publication.
[Contact]
URL: https://www.d2cx.co.jp/contact/
Details: Please contact us using the form above. We will get back to you as soon as possible.
■ About “tsunagu Japan”
https://www.tsunagujapan.com/
Boasting 2.2 million monthly MAUs and over 1 million followers on Facebook, it is a tourism media for visiting Japan that disseminates Japanese tourism information in multiple languages. Supports eight languages: English, Traditional Chinese, Simplified Chinese, Thai, Korean, Vietnamese, Indonesian, and Japanese. In addition, for each language, native staff who are familiar with the culture of each country edit and distribute content that suits the country.
■ About D2C X Inc.
Company name: D2C X Co., Ltd. (read: D2C Cross)
Representative: Yasuhiro Nakanishi, President and Representative Director Head office address: Tokyo Shiodome Building, 1-9-1 Higashi-Shimbashi, Minato-ku, Tokyo
Business description: Operation of internet media for overseas        Marketing consulting for overseas
Promotion business for overseas
Cross-border crowdfunding business
Cross-border EC business
URL: https://www.d2cx.co.jp
History: September 2013 Established TSUNAGU Co., Ltd.
July 2014 Released tourism media “tsunagu Japan”
December 2018 Participated in the D2C Group
Company name changed to D2C X Inc. in January 2019
Started cross-border crowdfunding business in October 2020 April 2021 Cross-border EC business start