Saku Chosei High School (school building: Saku City, Nagano
Prefecture, principal: Yasushi Sato, hereinafter referred to as the main school) of Seikei Gakuen will start from 12:30 on Thursday, October 20th at the school for 2023 students. Along with the establishment of the new course, we held a press conference to explain the new course in 2023.
At this press conference, we welcomed Mr. Anri Doi Remy, who is a former representative of Japan at the Tokyo Olympics and is currently active in the Japanese handball league “Siegster Tokyo”, and Mr. Rina Ikoma, who is active as an actor on TV and on stage. Yasushi Sato, the principal of the school, Toshihiro Konno, the supervisor who was appointed for the first time with the establishment of the new course, and two new producers of the two new courses, were also on stage. In addition to explaining the newly established “Game Programming Course” and “Performing Arts Course,” Toshihiro Konno’s background and goals for appointing him as a supervisor, the curriculum of the class, and other details were announced. They talked about their experiences and impressions of coming to our school.
[Image 1 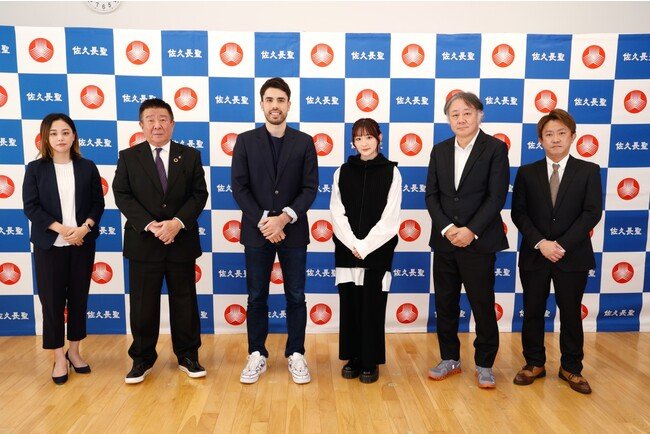 ■Greetings from Principal Yasushi Sato
With the establishment of new courses, we have decided to launch two specialized courses: the Game Programming Course and the Performing Arts Course. In Japan, artistic fields such as music and performing arts are not rewarded, sports are gradually becoming fun depending on the competition, but we still have to support the artistic field. I always wanted to do something about this. I met everyone who was cooperating this time, and I wanted to support them, so I thought about what I could do at school, and this form was born. I think even athletes have moments when they give up on their careers, so in this course, we would like you to think about your second career and put effort into your studies so that you can lead a fulfilling life. Looking at today’s students, if they are having fun, they will be able to do their best and grow.
[Image 2 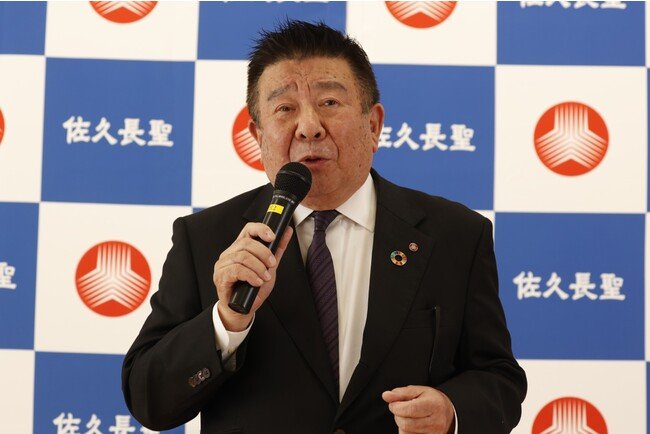 ■ Inaugural greeting from Supervisor Toshihiro Konno of “Game Programming Course”
I have been involved in animation and games for many years. This time, I assumed the post hoping that I could help the “Game Programming Course”. Movies are often said to be comprehensive entertainment, but in fact games have even more interactive elements. I think I can make games, and I think it’s a great opportunity to learn how to do various businesses. I would like to do my best to nurture young human resources.
[Image 3 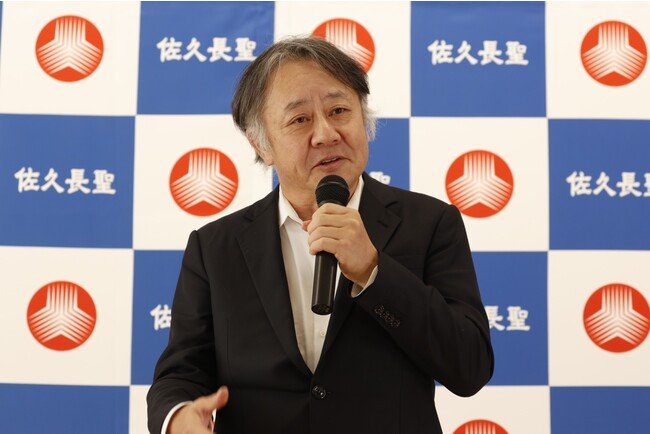 About the “Game Programming Course” from Producer Azusa Kawamura I would like to work with the goal of actually releasing a game over the three years of high school.In terms of developing human resources who can play an active role globally, the best thing about games is that they can be used not only in Japan but all over the world. Since it can be distributed as content to be played, we would like to aim for distribution all over the world. While learning full-fledged game programming, you will learn the series of processes from making a game to selling it, making a game while you are in school and selling it to the world. Through these processes, you can learn not only game programming but also global communication skills such as business and English. I believe that creating something and releasing it to the world is extremely important.
About the overview of the “Performing Arts Course” from producer Hajime Sato The recruiting genre for 2023 is “female idol”. Various instructors who work on the choreography and production of active idols will be in charge of the lessons, and the management will be handled by staff who actually have idol manager experience. I would like to create an environment that supports the development and activities of the students while facing their dreams. For each lesson, instructors are directly brought in from Tokyo to provide guidance.In addition to dance and vocals, we have special lessons in various genres such as acting, modeling, and variety. On weekends, we plan to perform at various live performances and events as extracurricular activities. In addition, we offer three learning as a feature of the training curriculum. You can experience the real stage by actually observing the idol’s backstage, special lectures by seniors who have a lot of idol experience, and actually performing live in front of the fans as well as lessons. receive. All students will experience idol activities throughout the three years, and we plan to create original songs while supporting them to debut while they are in school.
■ Guest talk session
During the talk session, Remy Anri Doi said, “I was a very stoic high school student. Thinking about it now, I was so devoted to handball that I thought I should have a little more leeway.” Rina Ikoma was the MC. In response to a question about his busy school days, he looked back on his student life, saying, “Although I was unable to
concentrate on my studies in high school due to the activities of Nogizaka, I am glad that I was able to spend a special three years.” Greetings. Regarding the newly established “Game Programming Course”, Remy Anri Doi said, “When I was a student, there were no specialized courses or instructors, so I’m envious. If I ever have children, I will seriously consider it as a place to go to school.” and commented. When the MC asked Rina Ikoma to comment on the “Performing Arts Course” as a senior performer, she commented, “I think it’s wonderful that we can expand our possibilities with peace of mind because of this kind of environment.” rice field.
[Image 4 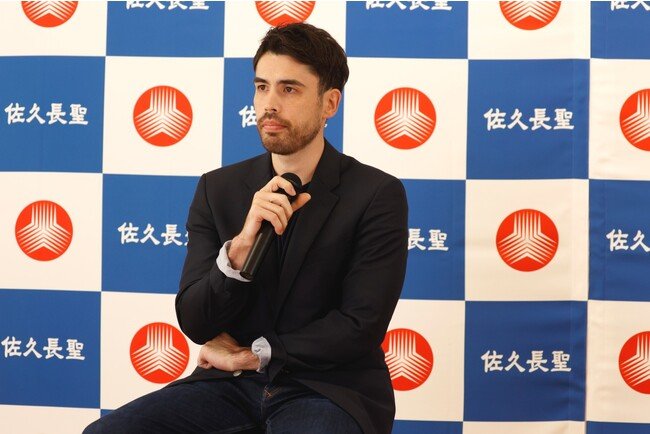 ■ Message for examinees
[Anri Remy Doi]
I think that all the students who are preparing for the entrance exam are living in a state of anxiety while having hopes, but I believe that the only way they can make their dreams come true is how much passion they put into their studies. I think you’ll be fine as long as you work hard with high aspirations, so don’t waste every single day and do your best!
[Rina Ikoma]
I’m not good at studying, but if I can study, the possibilities will expand, and I will be able to do things like overseas activities as well.
I think you’ll be able to advance, so study hard and work hard towards your dreams!
[Image 5 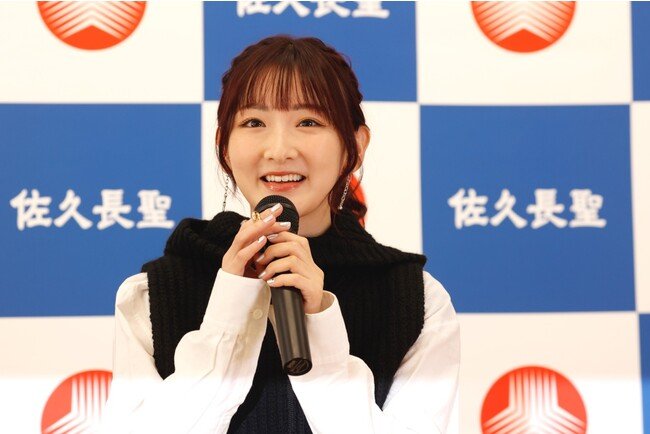 Seikei Gakuen Sakuchosei Junior and Senior High School
Saku Chosei High School: 951 Iwamurada, Saku City, Nagano Prefecture Principal: Yasushi Sato
In order to nurture the spirit of “courtesy, patience, and sincerity” and to maximize the potential of students in both the literary and military arts, we value the five educations of “intellectual education,” “moral education,” “physical education,” “mind education,” and “beauty education.” We focus on human education. We will strive to develop human resources (human assets) with an international outlook, rich humanity, and intelligence who can lead the world in the 21st century, and we will do our utmost to cultivate the academic ability that will enable them to pass the exams of difficult universities. is tilting
Details about this release:
https://prtimes.jp/main/html/rd/p/000000001.000110553.html