Fender Music Co., Ltd. (Location: Shibuya-ku, Tokyo, President and CEO of Asia Pacific Edward Cole) has released a signature model “Ken Stratocaster (R) Experiment # 1” born from guitarist Ken’s insatiable pursuit of guitar. We have finally announced that we will start selling from Friday, October 28th. The Ken Signature Strap, which is designed for use with Ken signature guitars, will also be released on the same day. Pre-orders for both guitars and straps will begin on Friday, October 14th at the Fender official online shop.
[Image 1 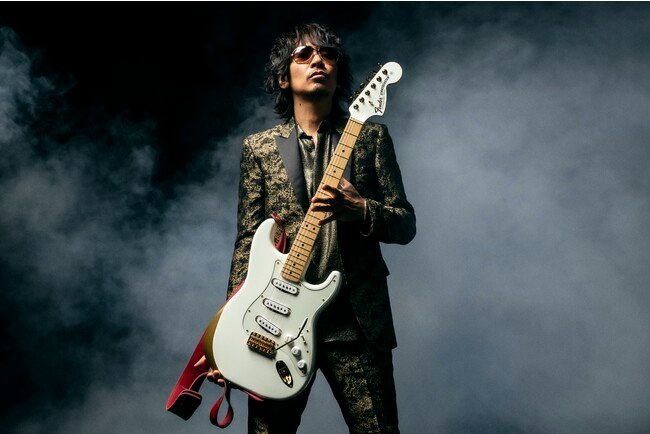 [Ken’s comment]
“We have developed several signature models with the Fender team so far. This guitar has a porcelain-like white with gold in the image of Japanese, and I used Pure Vintage Gold, which is not available separately, to make the bridge closer to the tone of the guitar I actually use. I had the pickup attached directly to the body to better pick up the vibrations.In addition, I minimized the contouring that is usually found on Strats to produce a fatter sound, and the neck was changed from the previous model. “Ken Stratocaster(R) Experiment #1” is packed with things I think are good and experimental elements I want to try, and I want various guitarists to play to their heart’s content! ”
『Ken Stratocaster(R) Experiment #1』
This guitar is Ken’s new Japanese signature model that has been using Fender’s Stratocaster for many years. The original guitar of this model is currently used as Ken’s main guitar, and was used in many songs at the “30th L’Anniversary LIVE” Tokyo Dome performance held in May this year. This guitar, which incorporates various original specifications under the theme of “experimentation”, is one packed with Ken’s sensibility and originality.
『Ken Signature Strap』
The “Ken Signature Strap” is carefully made in Japan and reproduces the soft feeling of use by combining multiple types of carefully selected high-quality cowhide. Designed to be used with Ken’s signature guitar, the gold C.H. Lion logo is placed in the center, and the front, back, and stitching of the leather are in three different combinations of black and red. I’m here. In addition, as a result of repeated tests by Ken himself so that it can be used on the actual stage, we adopted a slightly thicker 56mm width to reduce the feeling of weight of the guitar, and the length is adjustable from 103cm to 133cm. Comes with an original cosmetic box with the same logo as the strap body, so you can enjoy the exact same quality as the person himself.
[Image 2 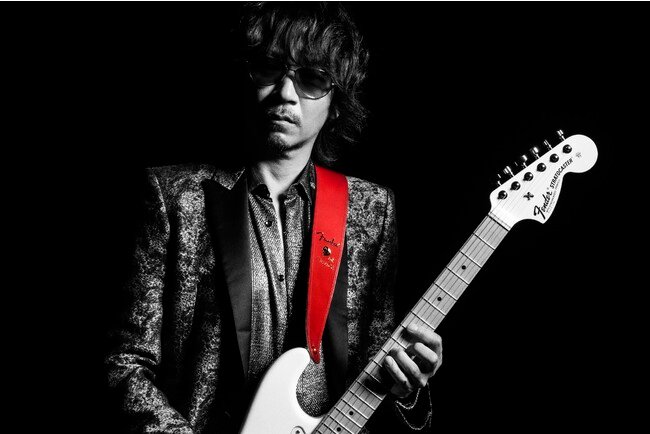 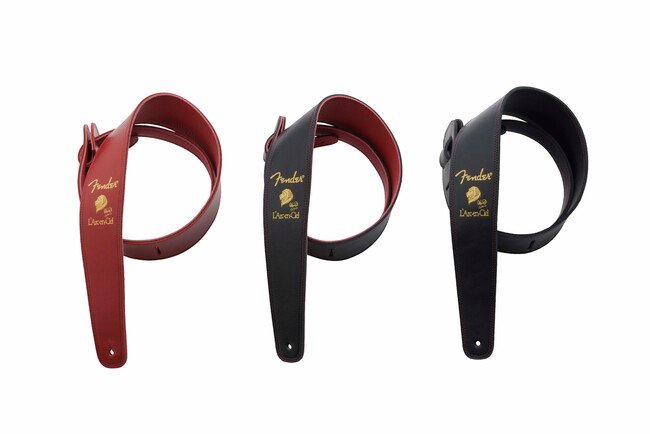 [Product Overview: Guitar]
[Table 3: https://prtimes.jp/data/corp/21878/table/372_1_fcb377f9806353fdf6f325ecc0d80d1a.jpg ]
[Product Overview: Strap]
[Table 4: https://prtimes.jp/data/corp/21878/table/372_2_038c79400ba207f46b881d8a99bdee74.jpg ]
*Product specifications and sales prices are subject to change without notice. * The product page of the strap will be released as soon as it is ready. -Ken Profile-
Made his major debut as a guitarist for L’Arc-en-Ciel in 1994. To date, he has released 43 singles and 12 original albums. In 1996, he achieved his first million-seller with the album “True”. In 1999, the two albums “ark” and “ray” released simultaneously recorded sales of 6 million copies. 1997 Tokyo Dome concert tickets sold out in 4 minutes, 1999 “1999 GRANDCROSS TOUR” mobilized 650,000 people (all 12 performances) (closed circuit broadcast in Asian countries). And in 2012, they carried out “WORLD TOUR 2012” around Asia, America and Europe. In New York, they will be the first Asian rock band to perform solo at Madison Square Garden, and in the final performance in Japan, they will be the first rock band to perform at the National Stadium. Tona
Since then, it has attracted more than 100,000 spectators in 11 cities overseas, and the number of mobilization, including performances in Japan, exceeded 450,000. In 2021, L’Arc-en-Ciel will celebrate its 30th anniversary, and will hold a commemorative performance at Makuhari Messe in May, and the “30th L’Anniversary TOUR” will be held from September to December. On the 22nd, the “30th L’Anniversary LIVE” will be held at Tokyo Dome to conclude the 30th anniversary. In charge of vocals and guitar in SONS OF ALL PUSSYS, which has been active since 2002. So far, he has released 3 mini-albums, 3 singles, and 3 DVDs.In his solo career, which started in 2006, he has released an album, a mini-album, 2 singles, and a DVD. In recent years, he has expanded his field of activity in various fields, such as producing and providing music for various bands.