This time, the performance of the new stage “Graduation” written by Shintaro Mitani (Official Selection of the 37th Cannes International Film Festival “Serious Sign”) has been decided.
Therefore, the flyer design, cast and staff have been lifted! [Image 1 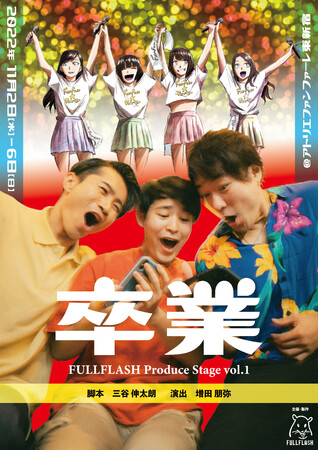 This work is a powerful conversational play unfolding between a trio of otaku gathered to gather information about an idol who suddenly passed away, and former idols who also gathered to gather information. Idols who have graduated from spectacular live performances and geeks who have yet to graduate. By delving deeply into the feeling of “push”, which is different from romantic feelings, it is possible to decipher the wonderfulness of supporting people. Finished.
Hanasaku, a manga artist who has recorded an unusual total of 400,000 likes on SNS with the one-shot manga “I quit being an idol” and has a history of being made into a movie. After the tickets go on sale, it has also been decided that a short manga will be produced based on this work.
In addition to the stage performance, it has also been decided to produce a documentary film “Entrance (provisional)” that closely follows the staff’s production process and the actors’ rehearsals. This documentary work is scheduled to be released simultaneously at the theater after each performance.
Taking the megaphone is Nao Nomura, an up-and-coming director who is attracting attention. (Movie “A man’s kindness is all ulterior motives”, drama “Sugamoto Yukosu Diary”)
By making a documentary work of the process until the stage is completed, the stage performance is the result, and by delivering the process and results to the audience at the same time in the theater, we will “improve the image as a clean industry” and “make you feel closer to the small theater.” We believe that this will lead to an increase in the theater-going population. In addition, all the profits obtained from the documentary work will be equally distributed to the actors and staff.
This year, amidst a series of accusations of sexual assault and power harassment in the entertainment world, the production team, with an average age of 26, discussed whether the current young generation could change something or take action to improve it even a little. It is a project to incorporate and disseminate the mechanism from the stage of the small theater.
Rather than simply performing stage performances, we will implement plans and initiatives that are read from the context of the SDGs and take on the challenge of sustainable theater and stage performances. (* Detailed official website)
In the production of the documentary film, we thoroughly realized “a clean and healthy rehearsal room where the actors can concentrate on the play”. As a countermeasure against infectious diseases, we practice all day at a studio equipped with a photocatalyst ozone air purification system for infection control. One of the harassment countermeasures is the introduction of a harassment and respect training course before the start of practice, and the introduction of a third organization that can report. The second is to improve the surveillance system of the rehearsal room by closely following documentary film cameras. The production team united and turned their thoughts into action.
In addition, all the cast of this work are actors selected by audition. An unusual paid audition was held for the industry, and 11 people with an average age of 22 were selected from over 400 applicants. The paid audition lasted for three days, and a guarantee was paid to all 100 people who passed the document screening and video screening and proceeded to the face-to-face screening. As a result, the participants were able to work as a job, and it was an
unprecedented audition with a passionate play.
[Image 2 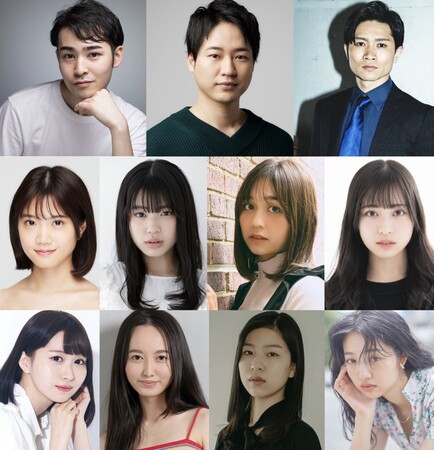 [Performer comment]
Oshamambe Jun (as Marikichi): From the audition stage, everyone at FULLFLASH has created an environment that makes it “easy to perform” for the actors. I feel like I came up with the best idea during the audition so far. The same goes for the rehearsal room. So all you have to do is do your best. I’m sure it will be a good work. We are looking forward to seeing you all at the theater in November!
Madoka Kanzaki (role of Yuji) This is Madoka Kanzaki, who will be playing the role of Yuji. Recently, I was inspired by watching the performances of my fellow actors several times, and at the same time, I was feeling once again how many people have been saved by
entertainment during the coronavirus, when I heard about this audition and consulted with my manager. I entered. As an actor, I will do my best until the end of the performance so that I can leave something in everyone’s hearts when I leave the theater.
Takahito Ueda (role of Golgo) With high energy and precision, I would like to create conversations with everyone, both in rehearsals and acting. I’m 27 years old, and I’m the second oldest member of the group. There are definitely things that can only be produced when you are in your teens or twenties, so I would like to cherish that and work on it.
[Synopsis]
The idol group “Fan Fan Party” disbanded three years ago. The reason for this was the death of member Marina Kurumizawa in an accident. Three men who were ardent fans wanted to hold a graduation concert for her, and they were collecting funds through crowdfunding.
With the help of former members, we are off to a good start, and if we continue like this, we will be able to achieve our goals.
A reporter who wants to cover them in order to liven up the concert starts listening to them at the old theater that was Fanpa’s home ground.
Beautiful memories and a sense of fulfillment. The men get excited, but the story takes a different turn due to a woman’s question, a visit from the former members, and an unexpected trouble…
[Screenplay]
Shintaro Mitani
[Planning and direction]
Tomoya Masuda (FULLFLASH)
[Documentary director]
Nao Nomura (AOI biotope)
[Appearance]
● Marikichi Jun Oshamambe
●Madoka Kanzaki as Yuji
● Takahito Ueda as Golgo
● Role of Tengachaya Ellie Mayuna (graduate) / Nanaka Yano (business) ● Ayame Mochizuki: Eri Misumi (graduate) / Aimi Nakano (business) ● Role of Kozue Hoshino Mai (graduate) / Anbina Ohata (business) ● Mayumi Murata Mariko Kimura (graduate) / Sari Goto (business) (Graduation) Team 5 performances / (Business) Team 4 performances 【schedule】
November 2nd (Wednesday) to November 6th (Sunday), 2022
【venue】
Atelier Fanfare Higashi-Shinjuku
【price】
All seats are unreserved
● Stage + documentary ticket 6,000 yen (tax included)
● Stage ticket 5,000 yen (tax included)
● Documentary ticket 1,500 yen (tax included)
[Ticket sales]
General release date: Sunday, October 2, 12:00- (first come, first served) URL: https://ticket.corich.jp/apply/190639/001/
【Official site】
https://fullflash.studio.site/news/2022sotsugyo
[Official Twitter]
@FULLFLASH_films
[Planning cooperation]
Atelier Fanfare (Fanfare Co., Ltd.) / SANETTY Produce Co., Ltd. / Tanpopo LLC [Organizer]
FULL FLASH
(C)️2022 FULLFLASH
Details about this release:
https://prtimes.jp/main/html/rd/p/000002042.000012949.html

18 Nov 22 rehow
SDKI Inc. A study on the petrolatum market has been conducted to understand the market…
Uncategorized
0 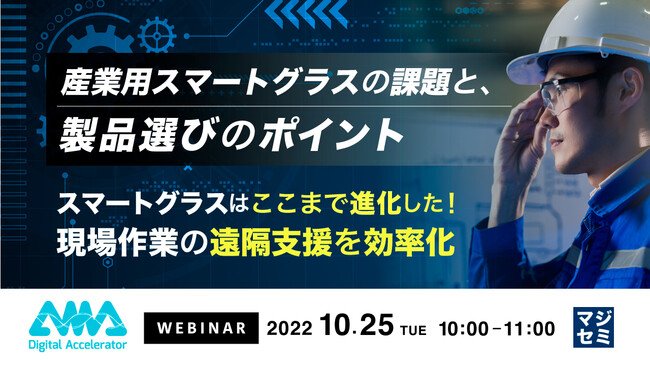