VR game development startup Gino Co., Ltd. (read: Gino) has raised 15 million yen from EastVentures.
Gino Co., Ltd.
A start-up company that develops and sells VR games established mainly by students of Hiroshima University.
Using UnrealEngine, it realizes beautiful graphic expression while being in VR. We will continue to work toward our mission of “delivering a VR game that is loved by people all over the world” to the world!
Why VR Startup Now? (From representative)
VR games still face many challenges, and I have to say that they are inferior in many respects to the existing game industry. However, if you ask whether it is inferior in all respects, it is not so, and there are definitely wonderful points that can only be expressed in VR, such as the sense of immersion and the freshness of the
experience.
For example, in MyDearest’s “Dyschronia”, you can enjoy a stylish experience like the opening of the anime Cowboy Bebop in about 10 minutes. When I experienced this scene for the first time, I was struck by lightning. Animation is highly regarded in many countries as part of Japanese culture. Regarding the OP, which is one of the important elements, I seriously think that it will be more impressive if you have already experienced it in VR. In fact, the evaluation of this work is very high, and I am not the only one who thinks about it. In addition, CharacterBank’s “Ruins Magus” allows you to enjoy adventures as the protagonist of the story in a world like SAO that many people have dreamed of. While looking at the beautiful world from the player’s point of view, it was a work that really made me think that I could live in such a world.
However, it has been a long time since this year was said to be the first year of VR, and many people may still not trust VR technology. Some of the real challenges I’m facing are:
・The headset is heavy and large
・Difficult to create rich experiences in terms of performance ・Get drunk easily
・ The number of titles is small compared to other game consoles ・Cannot copy and paste in many situations
However···
What I want you to think about here is “What kind of form and how much performance will VR headsets have in 10 years?”
Ten years from now, there will be few people who will imagine heavy, large, and not very high-performance products like today.
Considering the evolution of smartphones, it may be easier to think. So what will it look like in five years? 3 years later? If you think about it in order, in the not too distant future, a product that solves many of the current problems will appear.
In fact, Meta (formerly FaceBook) has declared that it will invest about 1 trillion yen every year. There are also rumors that Apple is also developing a VR headset in-house. And recently, Pico has started to expand mainly in Asia and Europe.
Considering all these things together, many companies may be thinking that the next few years will be a battle.
In fact, hit titles such as BeatSaber and BoneLab are now able to raise sales at a level comparable to that of popular software for the Switch and PS4.
And for a small startup like us to break into the midst of the growing VR game market, I thought that now was the last chance, so I decided to start a business.
First of all, I would like to use this fund to solidify the system to achieve the vision of providing VR games that are loved all over the world!
Representative Director and President: Tomo Kitao
[Image 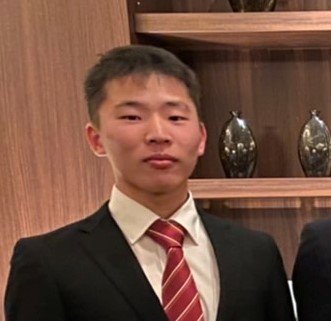