GMO Internet Group
Chat-type novel “Puri Novel by GMO” marks 5th anniversary since service started. Cumulative number of page views reaches approximately 12.4 billion, total number of posted characters reaches 4.7 billion -A campaign to win original goods of the official character “Mebel”-
The chat-type novel service “Puri Novel by GMO” (URL:
https://novel.prcm.jp/) operated by GMO Internet Group’s GMO Media Co., Ltd. (President: Teruyuki Mori, hereinafter referred to as GMO Media) will open in 2017. It has been 5 years since the service started in October 2018.
To commemorate the 5th anniversary, an infographic that summarizes the cumulative number of PVs since the start of the service, the cumulative number of characters posted, etc. will be released on a special site. We will carry out a campaign to win goods.
[Image 1 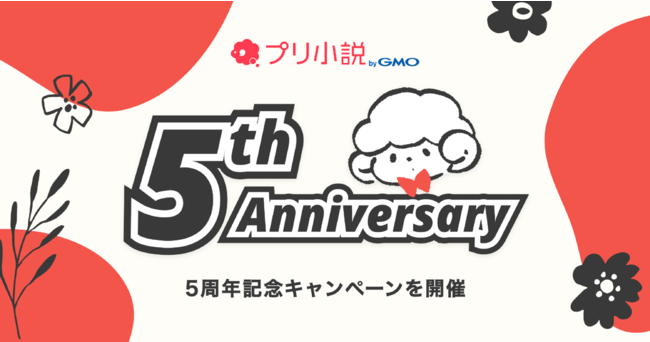 [Published infographic for the 5th anniversary of the start of the “Puri Novel by GMO” service]
■ Cumulative number of PV of services is about 12.4 billion
“Puri Novel by GMO” was launched in October 2017 as a novel service that allows characters to read while conversing with each other, like a chat-type communication tool. Since the service started, the number of users has increased, mainly among women in their teens and twenties, and the number of users will exceed 2.37 million in August 2022.
Along with that, the number of PVs continues to expand year by year, and the cumulative number of PVs since the service started in 2017 is about 12.4 billion. The number has already exceeded the previous year (4.2 billion) with a cumulative total of 4.4 billion by August. In addition, the number of works submitted to “Pre-Shosetsu by GMO” exceeded 1 million, and the total number of characters submitted was about 4,707,020,000, which is equivalent to 11 million sheets of manuscript paper. It will be.
*All results up to the end of August 2022
[Image 2 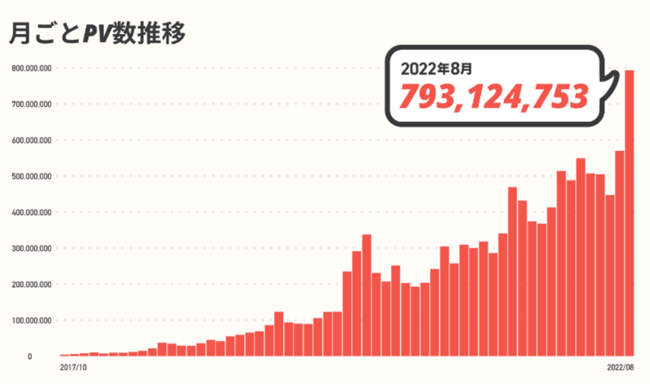 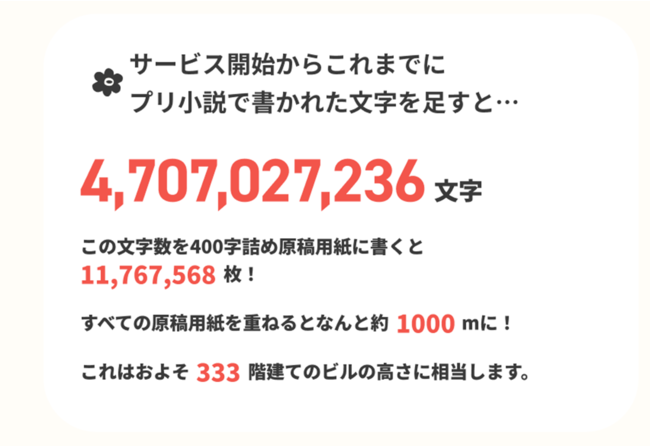 ■ Provide many places for creative activities of creators
In addition, we are actively working to support the creative activities of creators through the service. It was published as a book from
Last year in 2021, the original work of “Puri Novel by GMO” was made into an audio drama on Spotify, and in 2022, a 6-member dance and vocal unit “ONE N’ ONLY” belonging to Stardust Promotion and artists belonging to Universal Music are major. A collaboration contest was held with “meiyo”, whose debut single “Naniyattemo wanai” has been played over 500 million times on TikTok.
“Puri Novel by GMO” plans to continue various collaboration projects to support the creative activities of more creators.
[Image 4 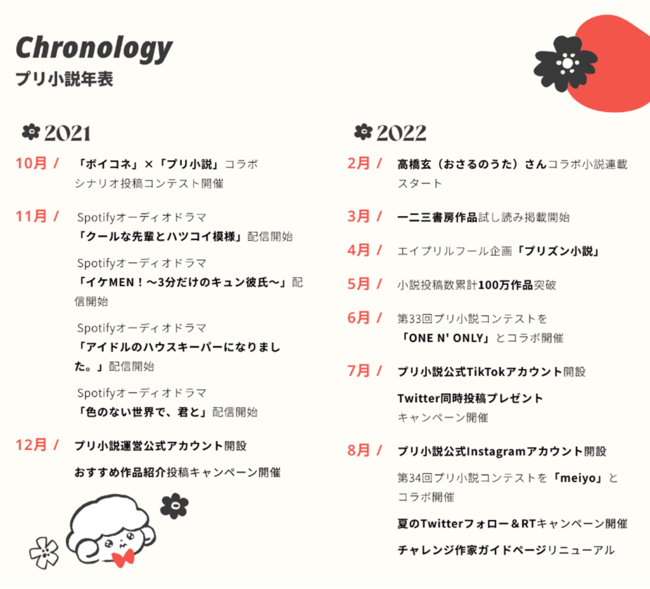 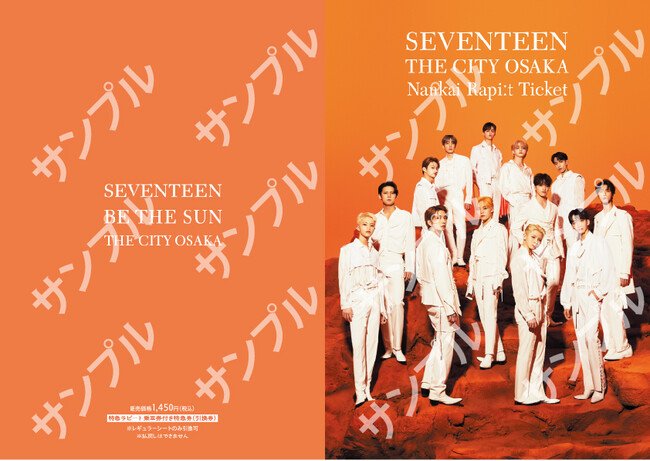