Interactive Media Mix Co., Ltd. (IMX)
Good news for those who want to enjoy both Korean and Chinese style! Amazon Prime Video channel “Channel K”, which is rich in Korean content, has started distributing 3 new Korean dramas!
“She Was Pretty” starring Park Seo Joon and other popular Korean dramas!
IMXC Co., Ltd. (IMXC, Headquarters: Setagaya-ku, Tokyo, President: Kakuya Nakamura) is a popular romantic comedy starring Park Seo-joon, which was remade in Japan and became a hot topic. In addition to a variety of Korean content such as the youth story “Eighteen Moment” co-starring Kim Hyang-gi and the occult suspense starring Kang Dong-won, which depicts the conflicts of priests who challenge exorcism, Three Chinese and Taiwanese dramas, including “Tokimeki ☆ Unjogakudo Scandal ~Hyouryoushosei~”, which attracted attention as the Chinese version of “Tokimeki ☆ Sungkyunkwan Scandal”, will be released on the Amazon Prime Video channel ” It will be distributed to members of Korean Drama & Entertainment Channel K (hereinafter referred to as Channel K).
[Image 1 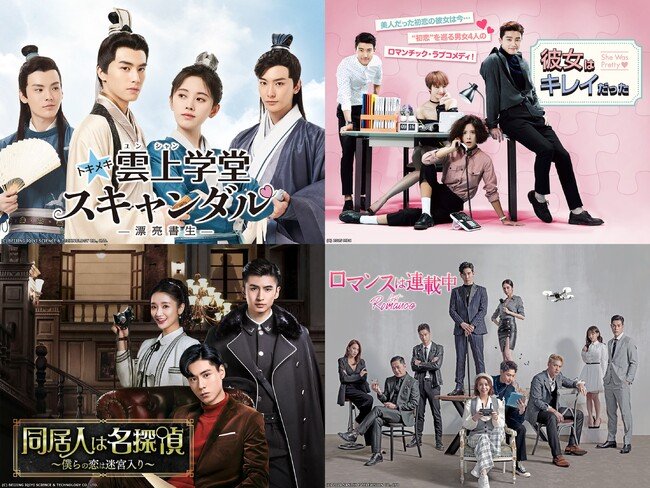 3 popular dramas that even beginners can enjoy are appearing on “Channel K” for the first time!
Popular flower-style content that has rapidly increased its fans in Japan, such as the anime “Madososhi” and the drama “Senjorei”. Starting with powerful action scenes that are unrivaled by others, beautiful costumes that captivate viewers, actors with
well-proportioned facial features, and more, the drama is full of highlights, and will be distributed on “Channel K” from this month! The line-up that I am interested in is “Tokimeki☆Yun Shang Gakudo Scandal ~Hyouryo Shosei~”, “Housemate is a Great Detective ~Our love is in a labyrinth~”, and “Romance is serialized”.
“Tokimeki☆Yun Shang Gakudo Scandal ~Hyouryoushosei~” is recommended for those who say, “The hurdles to watch Chinese period dramas are too high, but I want to see Hanfu!”
This work is a remake of the Korean drama “Tokimeki ☆ Sungkyunkwan Scandal,” which caused a huge boom in Asia, and people who know the original work and those who do not can easily enjoy the Chinese drama. increase.
[Image 2 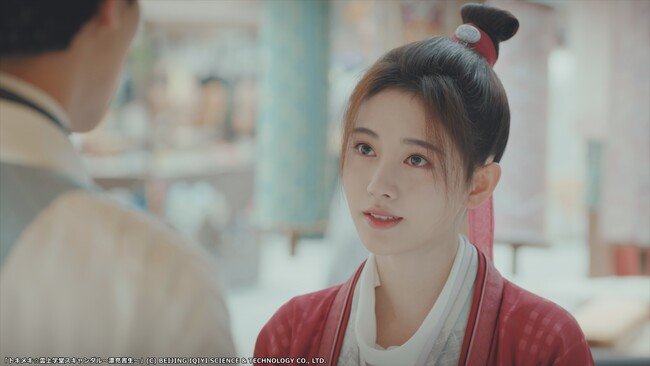 (C) BEIJING IQIYI SCIENCE & TECHNOLOGY CO., LTD.
The biggest attraction is the co-starring of the cast who boasts overwhelming visuals, and the internet is flooded with voices saying, “I can’t believe it’s from this world.” The heroine who enters Yunshan Gakudo, a prestigious school where girls are not allowed, will be played by a character known as “Kiku-chan” by Japanese fans and described as “the only beautiful girl in 4,000 years.” SNH48’s Zhu Jingyi, who is perfect in appearance, studies, and exercise, but has a difficult personality, is played by Song Wei Ron, a popular actor who is popular in “In the name of family” and “Finding me, a working girl!” “Tokimeki☆Yun Shang Gakudo Scandal ~Hyouryo Shosei~” is a must-see for female fans who want to be healed by handsome men. [Image 3 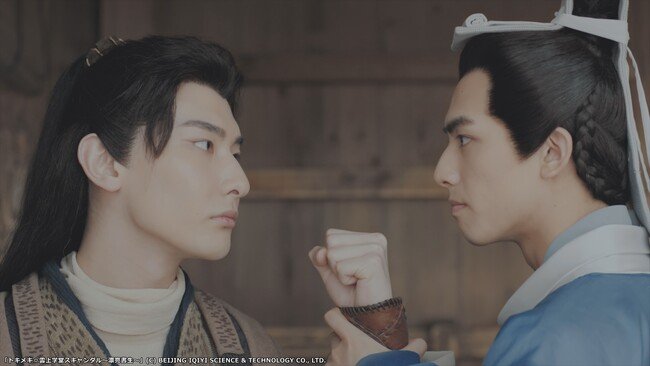 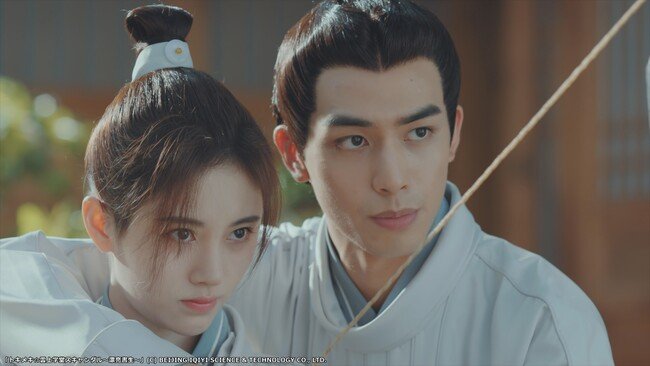 (C) BEIJING IQIYI SCIENCE & TECHNOLOGY CO., LTD.
On the other hand, “The Housemate is a Great Detective ~Our Love is in a Labyrinth~” is about a genius detective who only cares about money, and two men who are the right-hand man of a yakuza, but have the unique title of Police Sergeant. , Mystery-solving mystery drama that challenges numerous mysterious incidents. It is a work where you can enjoy the friendship that gradually grows as you solve the case, and the retro atmosphere that fuses Western and Chinese cultures. [Image 5 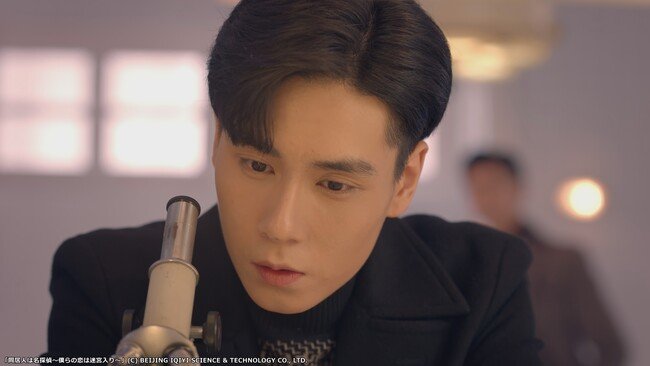 (C) BEIJING IQIYI SCIENCE & TECHNOLOGY CO., LTD.
And the Taiwanese drama “Romance is serialized” starring Vivian Song, the queen of Taiwan’s romantic comedies, is an editor of a romance novel who gets lost in the world of novels after a certain incident, but has learned at work so far. A new sensational romantic comedy that struggles alone to become the heroine while making full use of the “love formula” peculiar to romance novels. The novel and highly sympathetic story development has attracted a lot of attention, and it is so popular that it was selected as the “1st most popular Taiwanese drama in 2020” on the Taiwanese internet. Please enjoy the “three works that beginners of Chinese dramas should watch” carefully selected by “Channel K”.
[Image 6 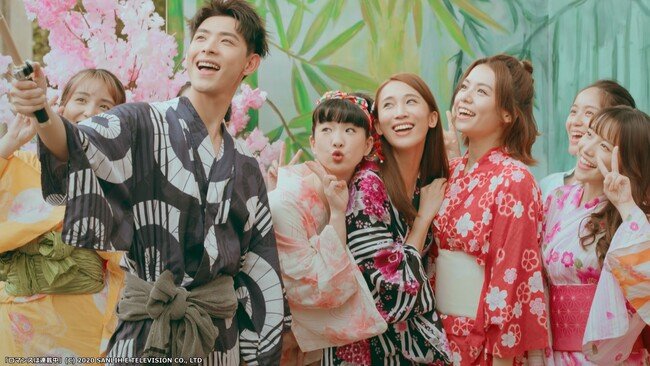 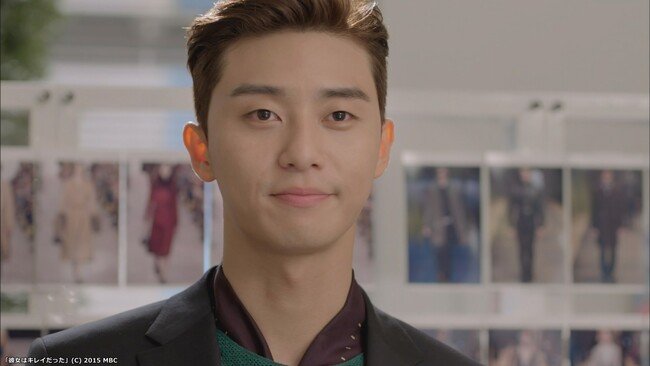 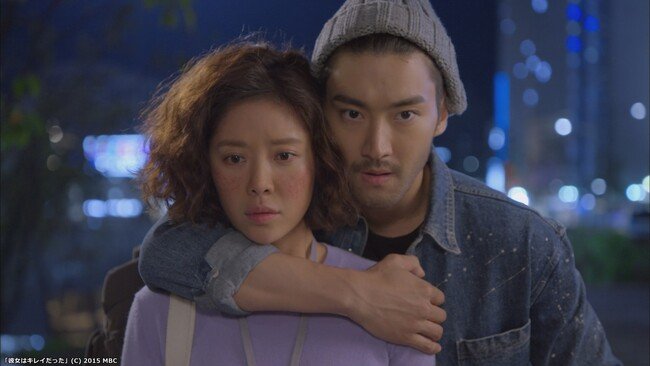 (C) 2015 MBC
Also pay attention to dream co-stars such as Choi Siwon of the idol group SUPER JUNIOR, which is extremely popular all over the world, and actress Ko Jun-hee, who has received tremendous support from women in fashion and hairstyles. In addition, on “Channel K”, the drama “Golden Come Out ☆ Concon”, which is famous for Park Seo-joon’s career success, and “Sleeping Witch”, where he starred for the first time, recorded a big hit in his first historical drama challenge. Park Seo-joon’s memorable “first” work such as “Hwarang” is also being distributed!
In addition, Kim Hyang-gi of “Along with God” and Ong Sung-woo from the popular male idol group Wanna One played a sweet and bittersweet 18-year-old youth that everyone experiences, “Eighteen Moments”, There are many popular Korean dramas such as Kim Yoon-seok, Kang Dong-won, Park So-dam, and other famous Korean actors confronting the devil, such as the unique horror mystery “Priest: Burying the Devil”. The dramas introduced above can be viewed on the Amazon Prime Video channel “Korean Drama & Entertainment Channel K”. If you are already an Amazon Prime member, in addition to over 250 Korean dramas, movies, and variety shows, you can enjoy all the Korean dramas introduced this time for 500 yen per month (excluding tax) and free for the first 14 days anytime, anywhere.
Please take this opportunity to enjoy Korean dramas on “Channel K”.
[Table 2: https://prtimes.jp/data/corp/89615/table/87_1_2f6bee4934245f2649cc9e248ce9c825.jpg ] 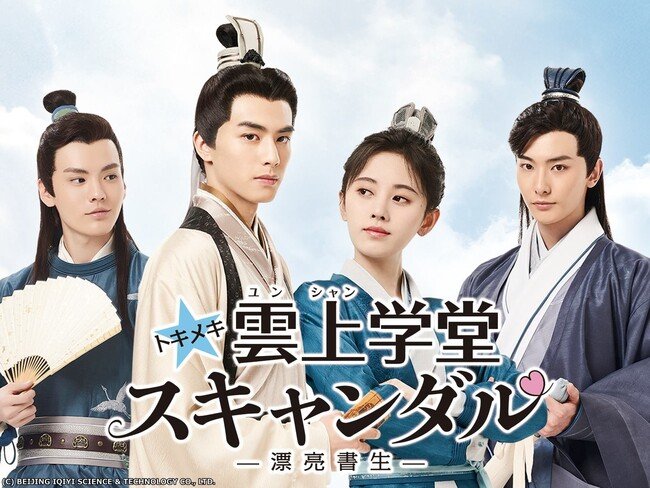 (C) BEIJING IQIYI SCIENCE & TECHNOLOGY CO., LTD.
The Chinese version of the Korean drama “Tokimeki ☆ Sungkyunkwan Scandal”! A girl dressed as a man enters a school where girls are not allowed! ? A romantic comedy historical drama that you can’t take your eyes off! Wen Xi (Jiu Jingyi) lives with his mother and his sickly younger brother. While poor, he disguised himself as Bunbin and supported his life by selling imitations of calligraphy and novels. One day, Bunji, who is in trouble with his mother’s dowry money and loan repayment to the loan shark, accepts the job of teaching a student the answer to the entrance examination of Unjo Gakudo. On the day of the exam, she calls out to Song Wei Ron, the son of Yunshu’s sashimi by mistake, and is kicked out of the exam hall after her dishonesty is discovered…! ?
Provided by: Across
■ “The housemate is a great detective ~ Our love is in a labyrinth ~” [Image 10 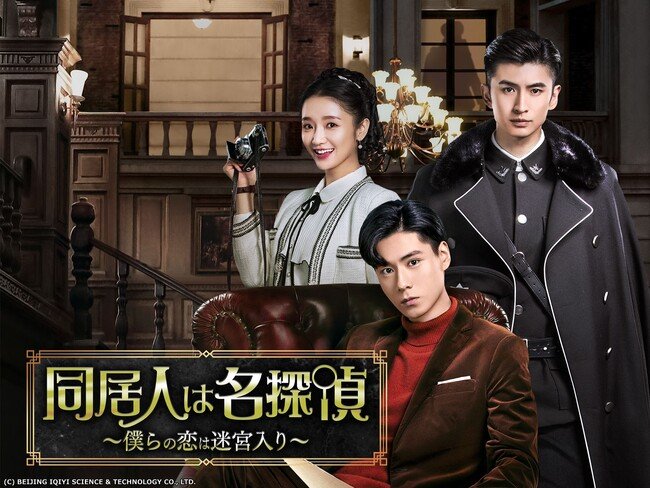 (C) BEIJING IQIYI SCIENCE & TECHNOLOGY CO., LTD.
Popular handsome actor Hu Yi Tian and talented actor Zhang Yunlong take on a mysterious case!
1925, China, Shanghai Concession. Lu Yao, who returned from studying in England, was a stock trading manager at Sassoon Bank. One morning, he is caught by the police as a suspect in a murder he doesn’t remember, and is interrogated by chief sergeant Qiao Chusheng. Qiao Chusheng is interested in Rudo’s overwhelming knowledge, observational eyes, and reasoning powers, as he easily sees that Bai Youning, who was present in the interrogation room, is a reporter. So, even though he knows that Routou is not the culprit, he suggests that he cooperate with the investigation to prove his innocence…
Provided by: Across
■ “Romance is serialized”
[Image 11 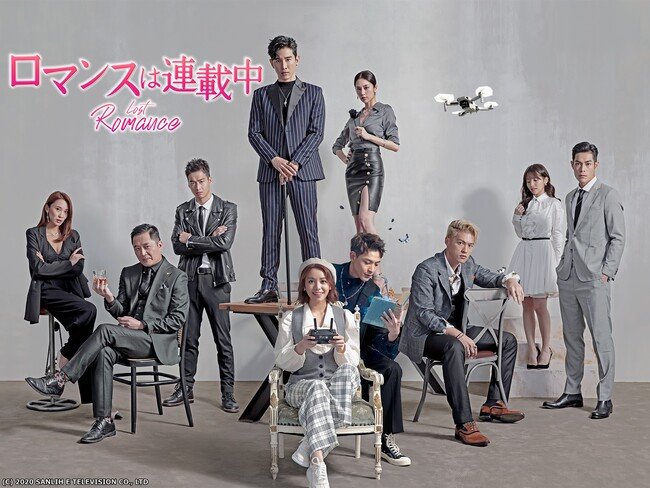 (C) 2020 SANLIH E TELEVISION CO., LTD
Starring Taiwanese love comedy queen Vivian Song!
What if the editor of a romance novel suddenly wanders into the world of novels one day…!?
Chung Xiaoen, a romance novel editor who believes that someday a prince on a white horse will save him from a difficult life. One day, when I was secretly watching the charismatic CEO Ho Tianxing of the building opposite the publishing company, I fainted from the shock of witnessing his crash. In the midst of this, Tenko, whom she had thought was dead, suddenly appeared in the form of Sutu Aoran. Provider: Stream Media Corporation
■ “She was beautiful”
[Image 12 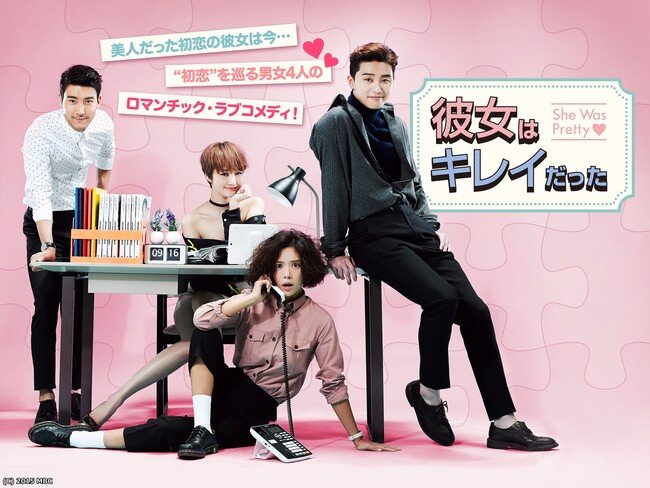 (C) 2015 MBC
A blockbuster romantic comedy co-starring Park Seo Joon and Hwang Jung Eum! A dull chubby boy becomes a handsome elite, and a beautiful honor student becomes an unemployed disappointing girl!?
Hye-jin, who was a beautiful and honor student when she was a child, grows up to have a disappointing appearance. One day, Hyejin receives an email. It was from his best friend and first love, Sung Joon, who was bullied for being overweight when he was a child. Hye-jin is excited to meet Sung-joon for the first time in 15 years, but the person who appears at the meeting place is Sung-joon, who has grown into a perfect handsome man! Embarrassed, Hye-jin, who doesn’t have the courage to show her disappointment, immediately hides herself and asks her best friend and super-beautiful Hari to act as her, but… Provided by: Across
*Please include the copyright notice when posting images.
You can watch the dramas introduced on the Amazon Prime Video channel “Korean Drama & Entertainment Channel K” as much as you want! URL: https://krtv.jp/ap/kandora10
About “Channel K”
[Image 13

“Korean Drama & Entertainment Channel K” is a video distribution service where you can enjoy various Korean contents such as Korean dramas, movies, and music on the Amazon Prime Video channel. You can enjoy carefully selected Korean dramas, movies, K-pop programs, and variety programs 24 hours a day, whenever and wherever you want. If you are already an Amazon Prime member, you can immediately watch it for 500 yen (excluding tax) per month by registering with “Korean Drama & Entertainment Channel K”.
From immortal masterpieces such as “Winter Sonata,” “Full House,” and “IRIS,” to the latest web dramas starring young actors just before their break, this service will satisfy Korean entertainment lovers. Anyone can try it for free for 14 days, so please try it once. Official website: https://channelk.jp
Official Twitter: @ChannelK_PR (https://twitter.com/ChannelK_PR) Delivery page: https://krtv.jp/ch/channelk
Details about this release:
https://prtimes.jp/main/html/rd/p/000000087.000089615.html

2 thoughts on “Good news for those who want to enjoy both Korean and Chinese style! Amazon Prime Video channel “Channel K”, which is rich in Korean content, has started distributing 3 new Korean dramas!”