Anison music program “animelo weekend in Haresta” is being broadcast regularly on Nico Nico Live Broadcasting. Akane Kumada, Suara, and Konomi Suzuki will appear live as guests for the November broadcast. Broadcast from 15:00 on Sunday, November 27th. It will be delivered live from the open studio “Haresta” in Hareza Ikebukuro.
[Image 1 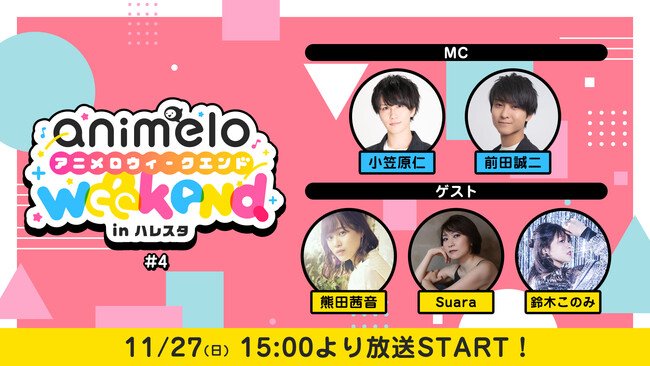 Broadcast information on Sunday, November 27
Hitoshi Ogasawara and Seiji Maeda are in charge of MC this time. As a guest, Akane Kumada, a voice actor artist who is in charge of the theme song for the smartphone game app “That Time I Got Reincarnated as a Slime: Maou to Ryuu no Maoryu”, released her first original album in four years in November. Suara, and Konomi Suzuki, who is in charge of the opening theme for the TV anime “Love Flops” that will be broadcast from October, will be invited to deliver a variety of content such as talks and live singing.
A karaoke corner by the MCs is also planned for the channel
member-only part in the second half of the program!
It will be a public live broadcast, so please come to Ikebukuro and Haresta on the day!
-Program information-
[Program name] animelo weekend in Haresta #4
[Broadcast date and time] Sunday, November 27, 2022 15:00 Broadcast start [Performers] MC: Hitoshi Ogasawara, Seiji Maeda
Guests: Akane Kumada, Suara, Konomi Suzuki (*in alphabetical order) [Program URL] https://live.nicovideo.jp/watch/lv338727830
[Broadcast location] Public live broadcast from the open studio “Haresta” in Ikebukuro / Hareza Ikebukuro
[Covered delivery period] 30 days after the end of the broadcast (unlimited viewing during the period)
◆ Other precautions
*In the second half of the program, we will broadcast a member-only part of Niconico Channel “animelo+”. If you would like to watch the full episode, please register as a member.
“animelo weekend in Haresta”
“animelo weekend in Haresta” is a music program centered on anime songs delivered once a month on NicoNico Live Broadcasting. It will be an original regular program on Nico Nico Channel “animelo+”, which specializes in voice actors and anime song artists.
The MC of the program is 4 male voice actors, Hitoshi Ogasawara, Tsubasa Sasa, Fumiyasu Shiotani, and Seiji Maeda (* appearing in a format where the MC changes with each broadcast). Anison-loving voice actors liven up the program.
This program will be broadcast live from the open studio “Haresta” in Hareza Ikebukuro, which is located in Ikebukuro, the birthplace of pop culture such as anime and entertainment.
It is possible to view from the outside, and in addition to the MC, you can enjoy the talk, singing, and performance of the guest artists invited each time in real life.
What is “Haresta”?
[Image 2 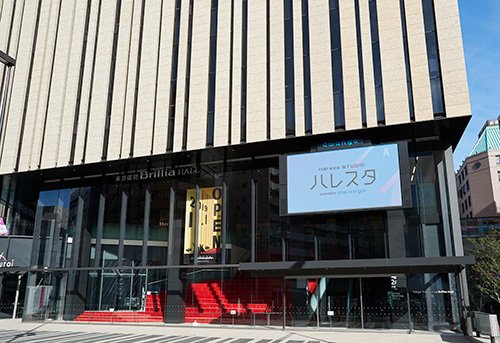 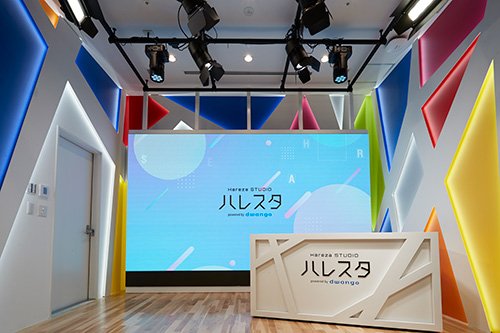 “Haresta” is an open studio operated by Dwango Co., Ltd. located in Hareza Ikebukuro, Ikebukuro. In order to realize the “fusion of the Internet and the real world” that Nico Nico has been aiming for, we will concentrate our accumulated production know-how in terms of studio technology and production, and create live performances with virtual characters that make full use of cutting-edge technology and the Internet. We will send out a wide range of content such as stage events related to anime and games.
Address: Tokyo Building Brillia HALL 1F, 2F, 1-19-1 Higashi-Ikebukuro, Toshima-ku, Tokyo
Nearest station: 5-minute walk from Ikebukuro East Exit
Nico Nico Channel “animelo+” Information
[Image 4 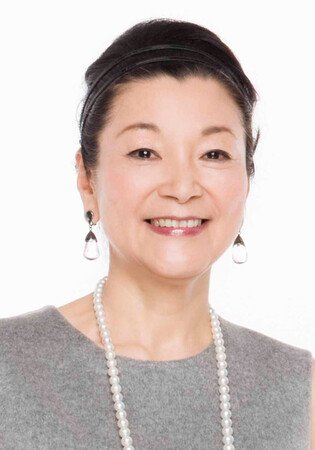