Hyogo Yakult Sales Co., Ltd.
“Immunity UP! Health Festa” held with gratitude for 65 years Take advantage of your intestinal ability to be healthy, laugh, cry, and boost your immunity!

Hyogo Yakult Sales Co., Ltd., as a thank-you event for local customers who regularly drink Yakult, held two venues, Kakogawa Civic Center on October 18th and Hydrangea Hall at Seaside Hotel Maiko Villa Kobe on October 19th. ! Health Festa” was held. At the event, Dr. Tetsuo Ota, Professor Emeritus of Kanazawa University, gave a lecture on the theme of “building a strong body and a healthy mind using intestinal ability”. In addition, an opera singer and storyteller, Keiji Hashimoto, performed a singing stage with laughter and tears, “Immune Power Up! Mini Concert”. At the concert, excellent essays on “Me and Yakult” solicited from customers as part of the 65th anniversary special project were read aloud, and songs related to the essays were performed.
■ How the event was held
Immunity UP! On the occasion of its 60th anniversary, Kenko Festa said, “It is thanks to our local customers that we have been able to continue our business in Hyogo as a Yakult sales company. I want to express my gratitude. I want to hold an event that will help our customers improve their health and make them happy.”
Since the 1st event was held in Kakogawa City in 2016 and the 2nd event in Tarumi Ward, Kobe City, it has continued to be held in each area within the area for five years until 2020. In 2021, we will celebrate the 65th anniversary of our founding, and although we hope to hold a grand anniversary event, the threat of the unprecedented spread of the new coronavirus infection has spread, and we have no choice but to postpone or cancel the event. I was.
In 2022, in the midst of the prolonged corona wreck, I decided to restart the event because I felt the need for mental and physical health because I felt a strong sense of loneliness and blockage due to the lack of interaction with people. This year, at 4 venues: 15th Kasai City on June 20th, 16th Akashi City on 21st, 17th Kakogawa City on October 18th, and 18th Tarumi Ward, Kobe City on 19th. It was held. ■ State of the event
In the venue, we took measures to prevent infection, such as limiting the number of seats by advance reservation system, temperature measurement, and alcohol disinfection. On the 18th, 158 people visited Kakogawa City, and on the 19th, 149 people visited Tarumi Ward. [Image 1 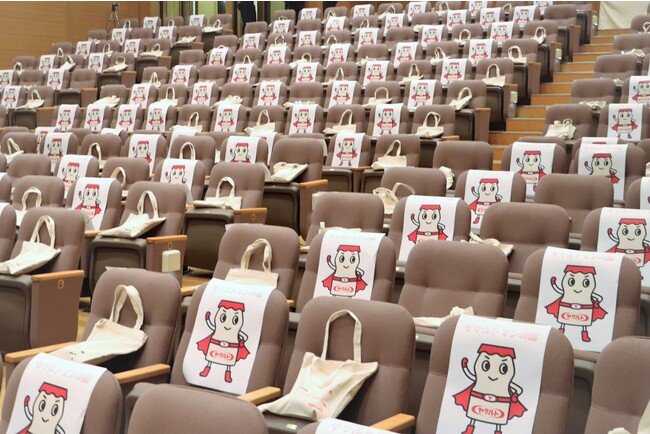 Dr. Ohta’s lecture discussed how the ingestion of lactobacilli and bifidobacteria works to enhance the barrier function of the
intestines. He explained in an easy-to-understand manner about lifestyle habits such as meals.
[Image 2 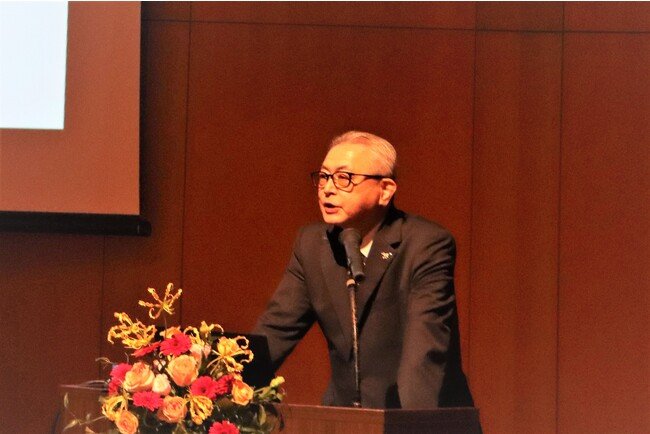 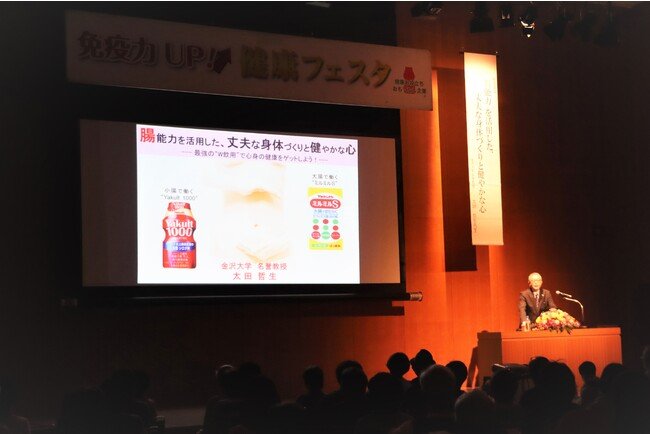 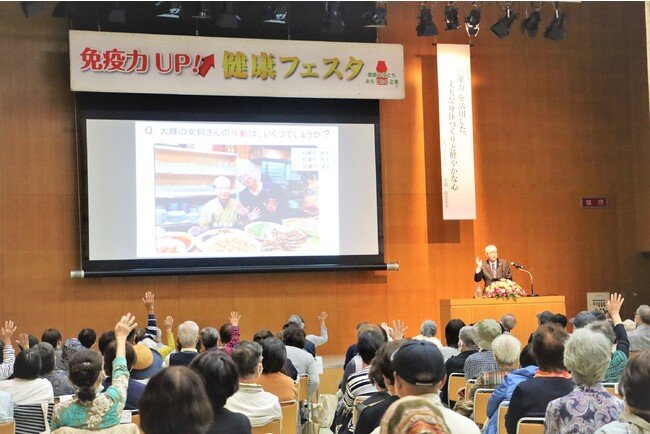 Immunity UP! At the mini-concert, Mr. Hashimoto’s beautiful singing voice captivated the audience, and during his talk, he made the audience laugh. We had a stage show. In addition, pianist Yuri Kitano also performed at the concert held in Tarumi Ward, further captivating the audience with her singing voice and piano tone.
[Image 5

In the scene where the essay was presented, the strong bond between the customer and the Yakult Lady, the connection between people and the people who care about each other was felt, and the audience was in tears. It was an opportunity to reaffirm the importance of connecting with people that had faded due to the corona crisis, spending time laughing and crying together, and having a healthy mind as well as a healthy body.
[Image 6 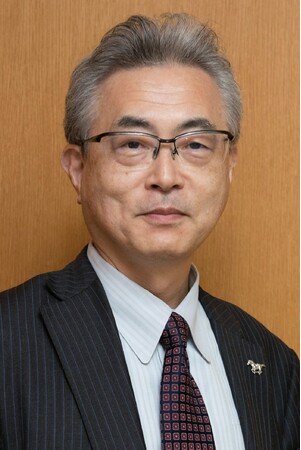 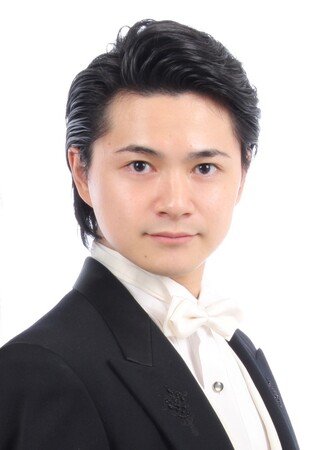 Mr. Keishi Hashimoto
Graduated from Osaka College of Music Graduate School of Music Graduated from Hamburg Conservatory, Germany
Debuted as Peppe in the opera “Clown” while still in school. A valuable tenor singer who can perform from the leading role to the supporting role, from the female role to the narrator. In 2017, he became an apprentice to the 6th generation Katsura Bunshi. Wearing the two pairs of straw sandals of a singer and a rakugo storyteller, he is also active as “Bunto Ben”.
[Image 9 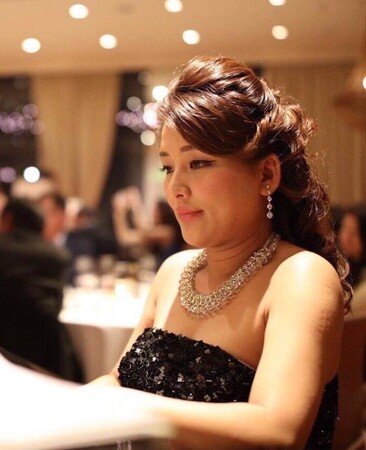 Ms. Yuri Kitano
Graduated from the Faculty of Music, Osaka College of Music. In addition to solo activities such as holding joint concerts, he is also active as an accompanist. He is active in the performance scene that transcends genres, such as piano support for dinner shows held at the Ritz-Carlton Osaka and Hilton Osaka, pianist at the Takarazuka Revue rehearsal hall and appearances at performances hosted by the troupe, and piano staff at Yoshimoto Kogyo Anatalk Gakuin. As an ensembler, he has performed with various musicians. In addition, he is enthusiastic about local activities such as lectures at Itami Municipal Elderly Welfare Facility, performances at educational institutions, etc.
Osaka College of Music Junior College Division popular music course performer. Grand prize at the Shimizu Fujii Music Competition. ■ About Hyogo Yakult Sales Co., Ltd.
Yakult Hyogo was born in Hyogo in 1956, based on the wish of Dr. Minoru Shirota, the founder of Yakult, to help as many people as possible get healthy as soon as possible. . Hoping for the health of everyone in the community, we practice “a company that values ​​the community the most” and aim to be a company that is said to be “the company that the community wants to value the most”, a company that can provide the best impression and hospitality in Hyogo Aim for 【Company Profile】
・ Company name: Hyogo Yakult Sales Co., Ltd.
・Head office: 137-1 Takatsubashi, Tamatsu-cho, Nishi-ku, Kobe-shi, Hyogo ・Representative: Yasuhisa Abe, President and CEO
・Founded: 1956
・Business description: Dairy lactic acid bacteria beverage sales, soft drink sales, food sales, cosmetics sales
・ URL: https://www.hyogo-yakult.jp/
[Image 10 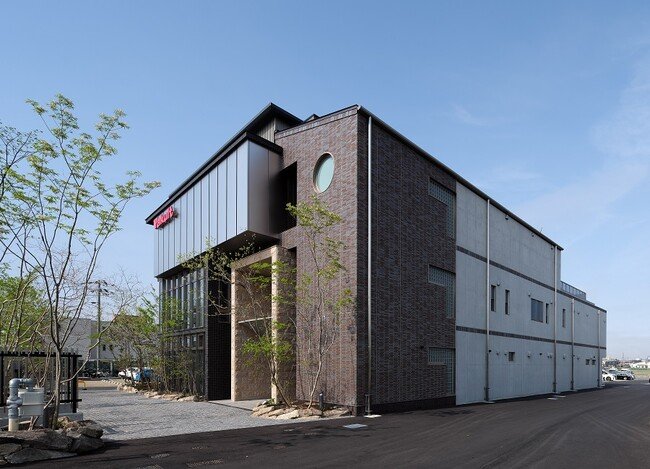 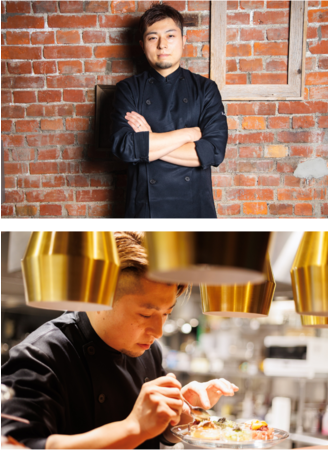