We are pleased to announce that the “Hokkoku Shimbun/Hokkoku Bank Dream Match Zweigen Kanazawa vs. Cerezo Osaka” will be held on Saturday, November 19th at Ishikawa Seibu Ryokuchi Park Athletics Stadium.
[Image 1 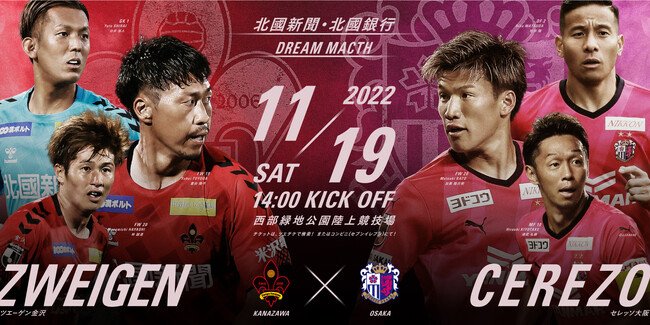 ■ Seat map
Due to the renovation work of the stadium, the positions of home unreserved seats and visitor unreserved seats are different from regular league games.
Also, the team benches are Cerezo Osaka on the left and Zweigen Kanazawa on the right when viewed from the S seat.
[Image 3 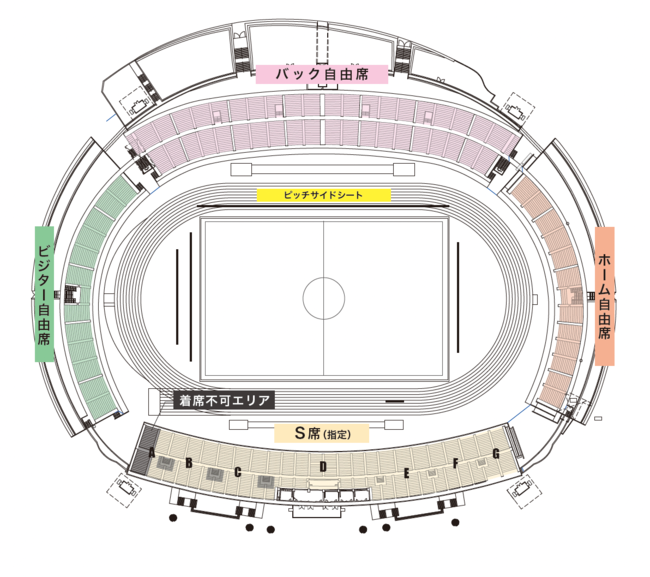 ■ Media coverage
Interview applications will be accepted on the media channel (https://mediach.j-league.or.jp/) from November 9th (Wednesday) to 17th (Thursday) at 16:00, just like J.League official games. . The interview summary will be published on the media channel at a later date. -About Cerezo Osaka-
Official website: https://www.cerezo.jp/
Details about this release:
https://prtimes.jp/main/html/rd/p/000000523.000045234.html