At the Izu Shaboten Zoological Park, on August 22, 2022 (Monday), Shii-chan (2 years old) and Yang (Haru)-chan” (9 months) One female baby who is the younger sister of the sister was born.
[Image 1 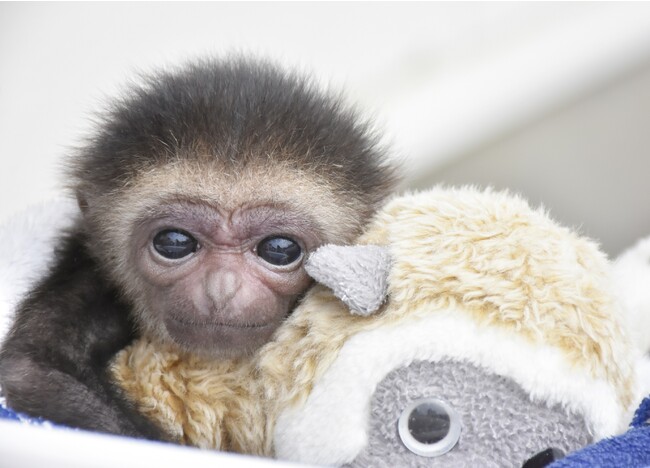 White-handed gibbon baby
The mother, Yuzu, is motherly, but she is unable to take care of the baby this time as she was with the eldest daughter, Shi-chan, and the second daughter, Haru-chan. I switched to artificial feeding. Since then, the keeper has been taking the place of the mother and breastfeeding (5 times a day) every 3 hours from 7:30 in the morning. [Image 2 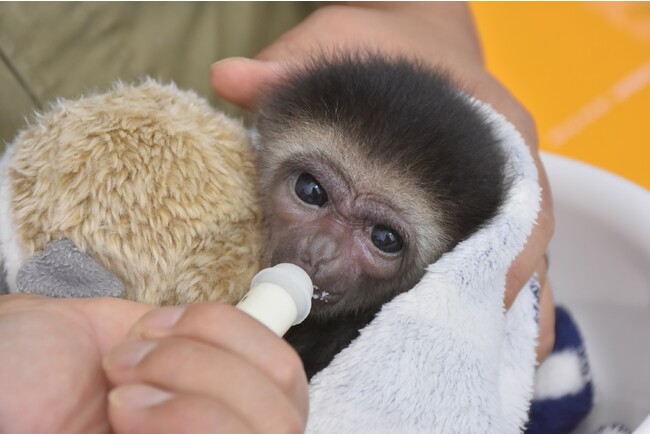 Breastfeeding time 5 times a day
The baby is growing well, and from now on, we plan to gradually start meeting face-to-face with the aim of joining the group while monitoring the baby’s physical condition.
[Image 3 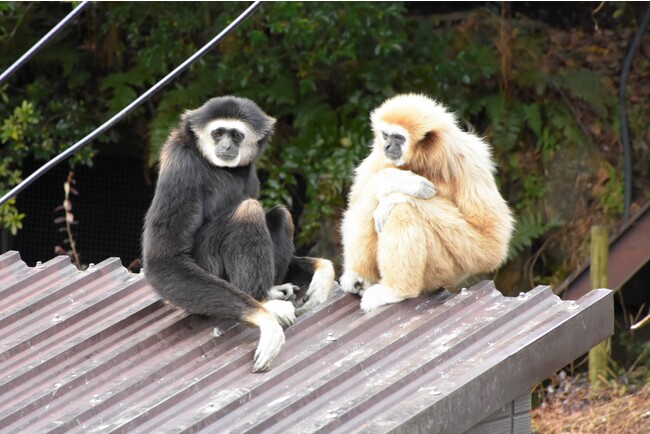 Parents (Left: Father “Bobby” Right: Mother “Yuzu”)
■ What is a white-handed gibbon?
[English name] Lar Gibbon
White-handed Gibbon
[Scientific name] Hylobates lar
[Classification] Monkeys, Gibbon family, Gibbon genus
[Distribution] Tropical rainforests from Thailand and Myanmar to the Malay Peninsula and the northwestern part of Sumatra
[Form] Body length: 50-60cm (no tail), Weight: 8-9kg
A rare ape distributed in Southeast Asia, it is designated as an endangered species by the IUCN Red List.
There are various patterns in body color, but all of them are characterized by the white around the face and the tips of the limbs, which is the origin of the name.
It has well-developed limbs and strong arms and grips, and uses its long arms to nimbly move from branch to branch in trees.
The staple food is fruits and young leaves, and also eats insects and bird eggs. The gestation period is about 7 months.
Izu Cactus Zoological Park
https://izushaboten.com/
On the official YouTube account “Shaboten ZOO TV”, the state of the white-handed gibbon sisters is being distributed!
https://www.youtube.com/user/shabotengroup/videos