Japan National Tourism Organization (JNTO)
A campaign to promote tourism to Japan in the German market has started in collaboration with German Bundesliga “Frankfurt” player Makoto Hasebe!
~Video of Hasebe and Götze talking about sightseeing in Japan, the national soccer team, etc. released~

The Japan National Tourism Organization (JNTO) has launched a campaign to promote tourism to Japan in the German market as the first step of a partnership project with the German Bundesliga “Eintracht Frankfurt” (hereinafter “Frankfurt”), and belongs to the same team. We have released a video of a conversation between Makoto Hasebe and Mario Götze, who talk about the appeal of visiting Japan for tourism and the national soccer teams of both countries. This video contains interviews about various topics such as the national team of your country, the Japan tour in November, and the introduction of tourist spots in Japan. In addition, this video, including Hasebe, is recorded in German, but Japanese and English subtitles are also available at the same time. The JNTO Frankfurt office aims to increase interest in tourism to Japan by disseminating the attractions of Japan’s tourist destinations and culture to more than 60% of Germans who are interested in soccer.
[Reference] Press release materials for partnership business between JNTO and Frankfurt (September 28, 2022)
URL: https://www.jnto.go.jp/jpn/news/press_releases/20220928.pdf [Image 1 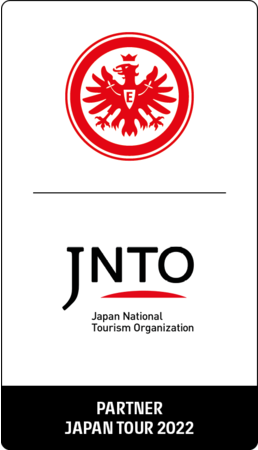 Contents:
・Experience with the national soccer team and predictions for future matches ・ Card talk about the best goals, dreams you want to come true, etc. ・Expectations for visiting Japan on the Japan Tour
・Introduction of tourist spots in Japan and quizzes
[Image 2 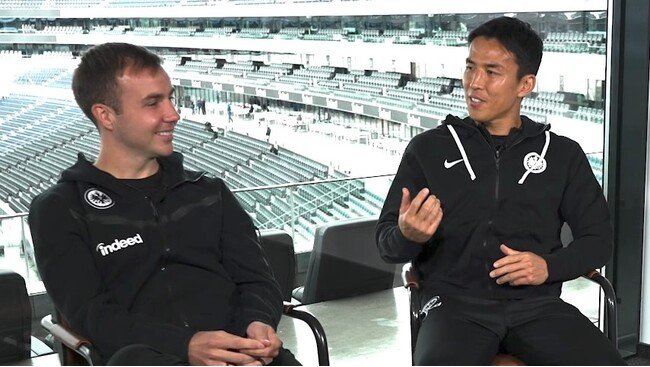 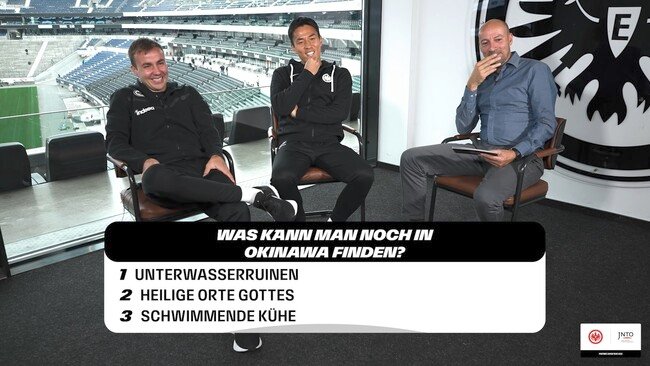 Media Presentation and Japan Tour Commemorative Ceremony “Welcome to Japan (Tourism and Food)”
On October 27th, JNTO and Frankfurt held a media presentation on the Japan tour and partnership business, attended by 32 German and Japanese media. At the event, JNTO introduced the attractions of tourism in Japan, and announced a campaign to promote travel to Japan and a video interview between Hasebe and Götze.
In addition, after the press conference, the Consulate-General of Japan in Frankfurt co-sponsored a “Welcome to Japan (Tourism and Food)” event, inviting people from Frankfurt, the media, the German-Japanese Association, etc. Consul-General Asazuma said, “Japan’s food culture is also diverse depending on the region. I would like you to visit various parts of the country and enjoy Japanese food while experiencing the differences.” At the ceremony, sushi was served to the attendees, and efforts were made to promote understanding of Japanese food culture.
Comment from Hasebe
On the Japan tour, I will be playing with Urawa Reds, who raised me, and my second hometown.
I am very happy that Frankfurt will play against us. Besides the games, I am looking forward to going to sightseeing spots such as Asakusa and Kyoto in autumn with my teammates.
[Image 4 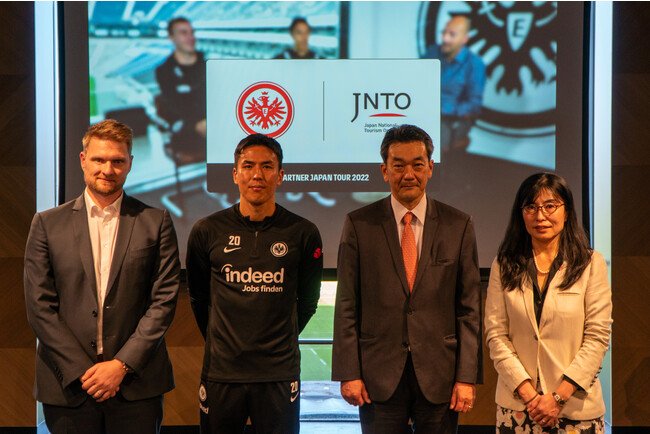 《Regarding JNTO and Frankfurt partnership》
JNTO is developing a partnership business to promote inbound travel to Japan in the German market, taking advantage of the Bundesliga Japan Tour 2022, which will be held by Frankfurt from November 14th to 20th. [First project (implemented on October 27, 2022)]
Release of talk video by Hasebe and Götze about soccer and attractions of tourism in Japan
Start of a travel promotion campaign for travel to Japan in the German market (establishment of a special website, dissemination of information via SNS, prize giveaways to win round-trip air tickets to Japan, etc.)
■Holding a media presentation for German tourism and soccer media Japan tour commemorative ceremony co-sponsored by the Consulate General of Japan in Frankfurt and JNTO
[Future business]
Implementation of stadium promotions on days when Bundesliga official matches are held*
* Saturday, October 29, 2022 vs. Dortmund, Tuesday, November 8, 2022 vs. Hoffenheim
■Production of promotional videos for sightseeing in Japan that will be filmed during the Japan tour
Various promotions featuring Frankfurt legend Uwe Bein (former Urawa Red Diamonds) and various information dissemination via website and SNS (Scheduled to be posted on SNS every day during the Japan tour) [Reference] Click here for the press release materials for the partnership project between JNTO and Frankfurt.
URL: https://www.jnto.go.jp/jpn/news/press_releases/20220928.pdf 《Summary of Bundesliga Japan Tour 2022》
Tour period: November 14th (Monday) to 20th (Sunday), 2022
Opponent: 11/16 Urawa Red Diamonds (Saitama Stadium 2002) 11/19 Gamba Osaka (Panasonic Stadium Suita)
Other activities: fan festivals, open training, soccer classes, Japanese cultural experiences (visits to Asakusa and Kyoto, swordplay, traditional cuisine, etc.)
[Image 5 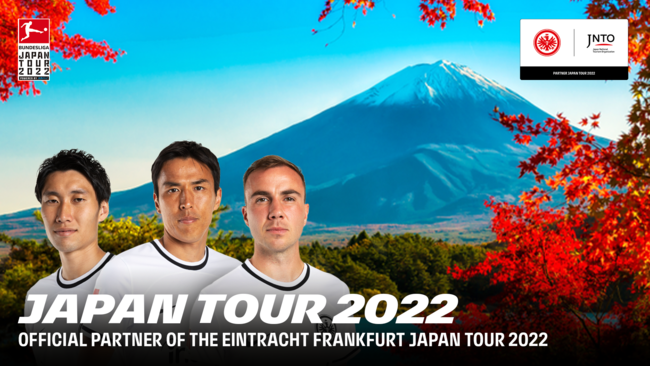 《Eintracht Frankfurt》
A professional football club based in Frankfurt, Hesse, Germany. It is a prestigious team that is one of the founding clubs of the
Bundesliga, and has high popularity, name recognition, and a large number of supporters. Last season, they won the UEFA Europa League (EL), securing their first European title in 42 years, and this season they have qualified for the UEFA Champions League (CL) for the first time in the team’s history. Currently, Makoto Hasebe, Daichi Kamata, and in the past, Naohiro Takahara, Junichi Inamoto, and Takashi Inui belong to five Japanese players, and it is one of the familiar Bundesliga teams in Japan. .
Established: March 8, 1899 Headquarters: Deutsche Bank Park
Director: Oliver Glasner
[Image 6 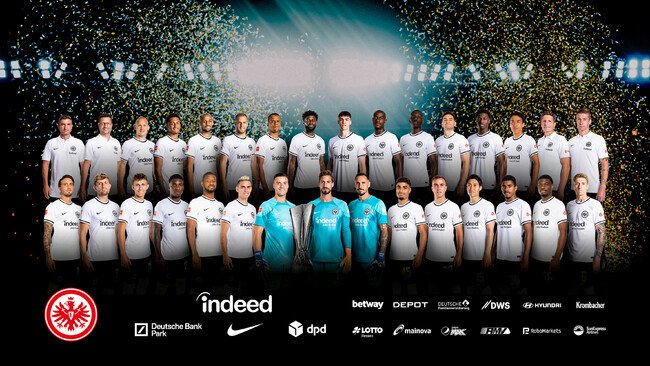 《Makoto Hasebe》
Birthplace Fujieda City, Shizuoka Prefecture
Date of birth January 18, 1984 (38 years old)
Affiliation: Urawa Red Diamonds → VfL Wolfsburg → 1.FC Nuremberg → Eintracht Frankfurt
[Biography]
Since moving from Urawa Red Diamonds to Wolfsburg in January 2008, he has played an active role as a mainstay of his team, and this year marks his 16th season in the Bundesliga. In 2021, he was selected as a “Bundesliga Legend” and boasts a high profile in Germany. In addition, he was awarded the 2021 Foreign Minister’s Commendation for his contribution to promoting mutual understanding between Japan and Germany.
[Image 7 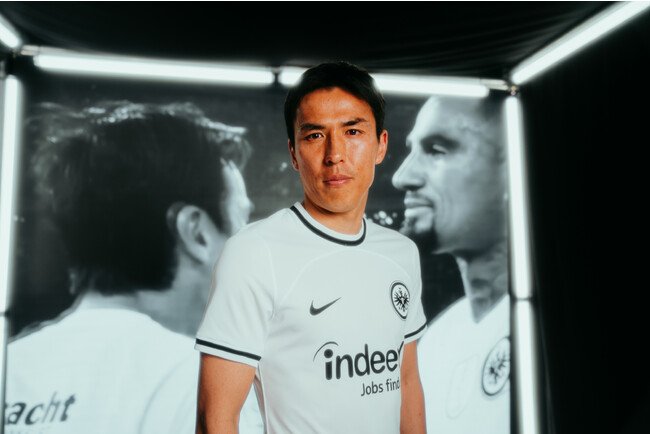 《Mario Gotze》
Birthplace Memminge, Bavaria, Germany
Date of birth June 03, 1992 (30 years old)
Club: Dortmund → Bayern Munich → Dortmund → PSV Eindhogen → Eintracht Frankfurt [Biography]
He made his professional debut with Dortmund in 2009 at the young age of 17, and joined Bayern Munich in 2013 for the highest transfer fee (at the time) for a German player. He was called up to the German national team for the first time in 2010 at the age of 18 (the youngest call-up record), and also scored the winning goal in the final match of the Brazilian tournament, leading Germany to the world’s best. This season, he moved to Frankfurt and has been active. [Image 8 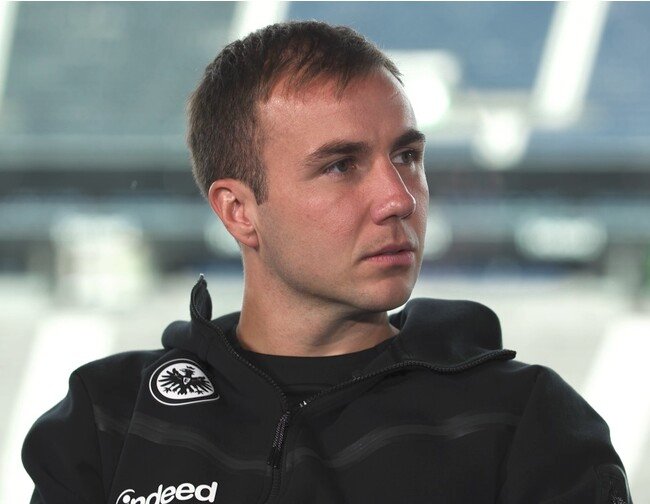