JOGMEC (Headquarters: Minato-ku, Tokyo; President: Tetsuhiro Hosono) is collaborating with the Energy Technology Research Institute under the U.S. Department of Energy to conduct a long-term onshore production test of methane hydrate at the Prudhoe Bay block in North Slope, Alaska. We have proceeded with preparations, and we have now obtained the necessary permits and licenses from the Alaska Department of Natural Resources to carry out the work. It was started.
[Image 1 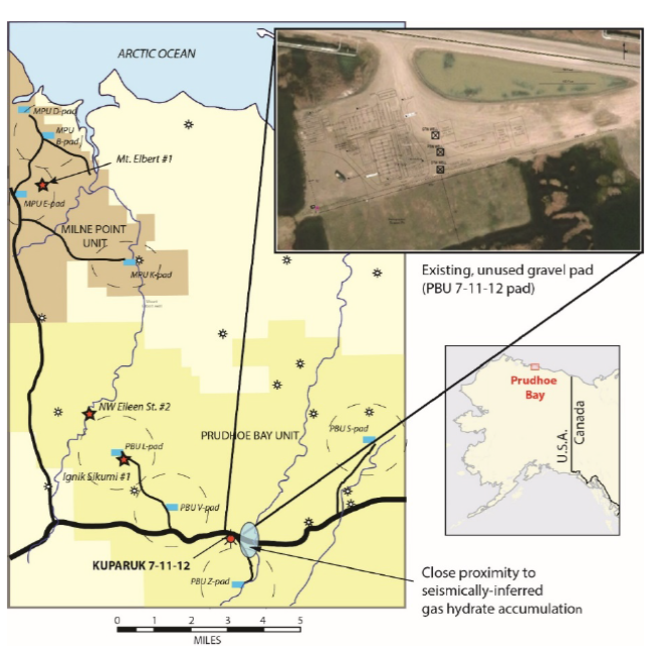 Test location map
(Source) Boswell et al, Gas Hydrate field Experiments on the Alaska North Slope: Project Status – Methane Hydrate Federal Advisory Committee Meeting, December 1, 2020
JOGMEC, in collaboration with the National Energy Technology Laboratory (NETL) under the umbrella of the U.S. Department of Energy (DOE), completed construction of the Prudhoe Bay block in North Slope, Alaska in December 2018. Since the presence of methane hydrate was confirmed in exploratory drilling conducted at the Unit (PBU), preparations have been made to implement a long-term onshore production test in the block.
Recently, the State of Alaska Department of Natural Resources (DNR) granted permission for drilling work at the PBU, and the data acquisition well (also planned to be used as a monitoring well). Drilling of a total of three wells, one well and two production wells, began on October 9, 2022 (local time). In the long-term onshore production test, a total of 4 wells will be used, including the 3 wells to be drilled this time as well as an exploratory well (drilled in 2018) that will be used as a monitoring well. The plan is to acquire behavioral data.
[Image 2 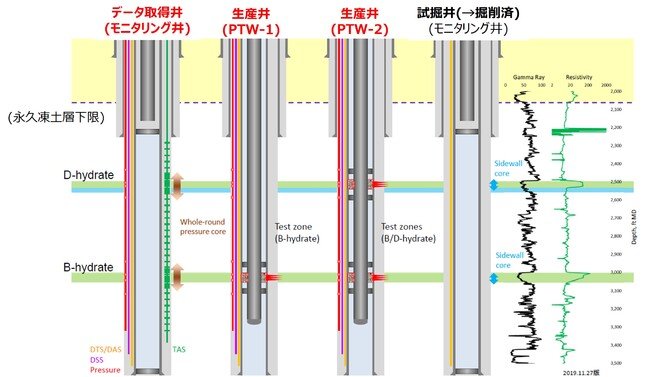 Well plan for long-term onshore production test (three wells on the left side will be drilled this time)
This project is being implemented with the cooperation of DNR and PBU concession holders (Hilcorp North Slope, ExxonMobil Alaska,
ConocoPhillips Alaska, and Chevron USA), building an international cooperative system.
■ Background
Methane hydrate is a substance formed as an ice-like solid by combining methane gas and water under specific conditions of low temperature and high pressure. It exists in shallow layers. It is also present in the oceans around Japan. In the past, two offshore production tests have been conducted offshore from the Atsumi Peninsula to the Shima Peninsula (No. 2 Atsumi Knoll). The range of hydrate decomposition is limited to the vicinity of the well, and no long-term trend has been confirmed.
For future commercialization, it is essential to ascertain long-term production behavior. Therefore, a long-term production test is planned on land in Alaska, where testing is relatively easier to control and infrastructure is in place compared to offshore. Did. In addition to acquiring long-term production behavior data, the purpose of this test is to verify solutions to technical issues and identify issues associated with long-term production.
This project is being implemented as a commissioned project from the Agency for Natural Resources and Energy of the Ministry of Economy, Trade and Industry.
■ Reference
Drilling agreement for major scientific research on North Slope (August 4, 2022, State of Alaska Department of Natural Resources)
(URL) http://dnr.alaska.gov/commis/pic/releases/8.4.2022%20Drilling%20agreement%20for%20major%20scientific%20research%20on%20North%20Slope%20%28002%29.pdf The 39th Methane Hydrate Development Implementation Study Group Document 4 Progress status of Alaska long-term onshore production test project (June 23, 2022, Ministry of Economy, Trade and Industry)
(URL) https://www.meti.go.jp/shingikai/energy_environment/methane_hydrate/039.html Long-term onshore production test of methane hydrate, which is expected to become a domestic resource
-Revision of agreement with U.S. Institute of Energy Technology for production test in Alaska- (August 4, 2021)
(URL) https://www.jogmec.go.jp/news/release/news_15_000001_00081.html Methane Hydrate Exploratory Drilling Completed on North Slope of Alaska, USA (January 24, 2019)
(URL) https://www.jogmec.go.jp/news/release/news_10_000300.html Please refer to the MH21-S website for the purpose and details of the sand-bed methane hydrate research and development “Phase 4” conducted by the MH21-S R&D Consortium (MH21-S).
(URL) https://www.mh21japan.gr.jp/
Click here for the release text ↓
https://www.jogmec.go.jp/news/release/news_08_00023.html?mid=pr_221014 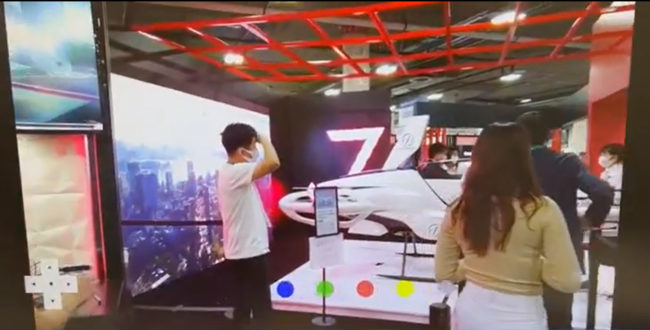