USJ Limited Liability Company
“Universal Studios Japan and YOASOBI support students in making spring memories!” Student support campaign “Uni Spring (Bal)” will be held in spring 2023!
The precious memories of you and the park will become a YOASOBI song! Create original music based on episodes of “unforgettable memories at the park” solicited from the general public October 19th (Wednesday) 15:00 episode recruitment begins

Universal Studios Japan has decided to hold the popular student support campaign “Uni Spring” from 2020 for a limited time in the spring of 2023. There are various restrictions on making memories, and we will carry out various student-only campaigns so that students who are not excited can create unforgettable memories at the park. This time, the “Uniharu” campaign song expresses the world of the story with diverse musicality as a “unit that turns novels into music”, continues to run at the top of the music scene, and has gained overwhelming support mainly from students. We have decided to collaborate with the unit YOASOBI for the first time and be in charge of music production. In this tie-up song, the two of YOASOBI will write an original song for “Uniharu” based on the “unforgettable episodes of school days at the park” solicited from everyone. [Image 1

Under the theme of “Unforgettable Memories,” we are looking for memories such as friendship and romance at the park on the campaign application site. Anyone who has memories of Universal Studios Japan can participate. YOASOBI’s meticulously constructed sound and carefully selected words spell out the lyrics of your unforgettable memories at the park. This is a limited-time campaign that may be a vivid resurrection of spring. (Application deadline October 31 (Monday) 23:59)
In this collaboration, the two of YOASOBI want to support everyone who has been forced to endure a student life amidst various restrictions due to the corona wreck, and Universal Studios, who wants to create the best memories of students. Our thoughts with Japan overlapped, and our first collaboration with “Uniharu” was realized.
This campaign will be a campaign in which YOASOBI, a unit that turns novels into music, will create a theme song for “Uniharu” in 2023, based on episodes from everyone who applied. Please apply for an unforgettable and wonderful episode from your school days, where your memories will become a YOASOBI song.
Details of “Uni Spring” will be announced at a later date, so please look forward to future announcements.
[Table 2: https://prtimes.jp/data/corp/5761/table/498_1_3a03f6b4f19840d2482feef24353e408.jpg ]
[YOASOBI profile]
A unit that turns novels into music, consisting of composer Ayase and vocalist ikura. The first song “Yoru ni Kakeru” released in November 2019 won the first place in 2020 on the Billboard JAPAN general song chart “HOT 100”, and in December 2021, the first ever streaming total of 800 million times. Break through playback. To date, 12 of the songs released have surpassed 100 million streams. From February 2022, four Naoki Prize writers, Rio Shimamoto, Mitsuki Tsujimura, Miyuki Miyabe, and Eto Mori, will start the project “Hajimete no”, in which they will write original novels and release songs in sequence.
[Image 2 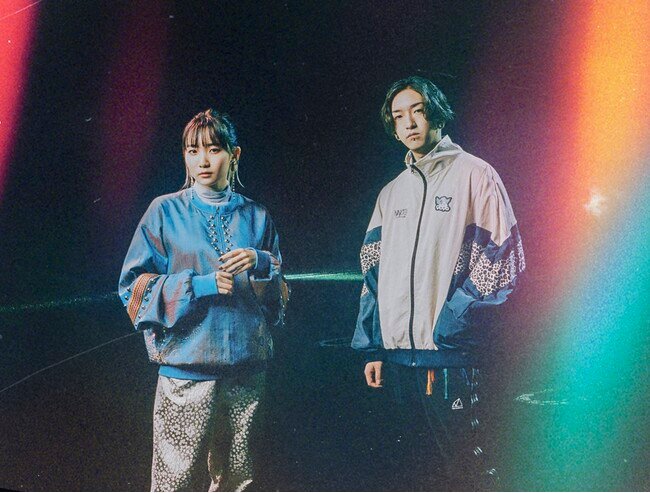 [YOASOBI special message]
●Please tell us about your enthusiasm for your first collaboration with Universal Studios Japan.
(ikura-san) All of the ikura, Ayase, and YOASOBI team members love Universal Studios Japan, so I’m really happy that this collaboration has come true, and I want to create the best song!
(Mr. Ayase)  YOASOBI has always put their faith into creating songs that they think are cool and fun, so this time as well, we will continue to create wonderful works that are fun and that will overlap with everyone’s memories. I hope you can make it!
●Please tell us about your memories at Universal Studios Japan. (Mr. ikura) On my third year high school graduation trip, four of my friends took the Shinkansen to Osaka and went to Universal Studios Japan! It was then that I set foot in the Harry Potter area for the first time, and of course the Hogwarts castle and the townscape were recreated so realistically that I felt like I was in a movie, and it was fun!
(Mr. Ayase) I also went on a school trip when I was in the third year of junior high school, and since I couldn’t ride the screaming ones at all, I was afraid even of Snoopy’s roller coaster, but I remember riding it with my friends and having a lot of fun!
●Finally, please give a message to everyone who will be applying in the future. (Mr. Ayase) YOASOBI is a unit that turns novels into music, and this time we are collaborating with Universal Studios Japan, and we are looking for episodes that will become the original work from everyone. We hope that you will write down your feelings about Universal Studios Japan, your memories, and many other thoughts!
(Mr. ikura)  No matter what you think, as long as it’s really passionate, anything is fine, so please don’t hesitate to apply! waiting!

■ Sanitation enhancement measures at Universal Studios Japan Universal Studios Japan will always place top priority on ensuring the health and safety of guests and crews, and will comply with the “Guidelines for Preventing the Spread of New Coronavirus Infections at Amusement Parks and Theme Parks” announced by the government. In addition, we are operating with thorough hygiene measures based on the domestic and international situation and guidance from health authorities and medical experts. In the future, we will continue to pursue the best theme park entertainment and park management so that guests can spend a day at the park with peace of mind and enjoy the experience amidst the new lifestyle, and that the experience will energize them for the future. We will continue to contribute to For details, please check the official website
(https://www.usj.co.jp/web/ja/jp/service-guide/safety).
Please note that exposure to COVID-19 in all public places where people gather is an inherent risk and there is no guarantee that you will not be exposed during your visit.
■ About Universal Studios Japan
Universal Studios Japan is wholly owned by Comcast NBCUniversal. Universal Studios Japan has built up its position as a major landmark in the entertainment and leisure world, attracting many guests not only from Japan but also from overseas. In addition to popular Hollywood movies, we will provide the world’s highest quality entertainment such as full-scale attractions and shows based on the theme of various popular entertainment brands around the world, and seasonal events that guests can enjoy to their heart’s content. We are making experiences and memories of.
Since its opening in 2001, it has continued to innovate, and in recent years, the “Wizarding World of Harry Potter” has gained tremendous popularity, and the “Jurassic Park” area is a picture of sliding. The flying coaster “The Flying Dinosaur”, the popular area “Minion Park” where you can enjoy the “minion messy ride” that goes beyond the imagination of the minions, and Nintendo’s world-class characters and In the new area “Super Nintendo World” with the theme of that world, you can actually use your whole body to unleash your playful instincts, enjoy an unprecedented “playful experience”, and the world’s best entertainment one after another. , and has achieved further evolution and growth.
Details about this release:
https://prtimes.jp/main/html/rd/p/000000498.000005761.html