JR West Japan
JR West Group’s first railway NFT, sold out in 2 minutes on the first day of sale! Released sequentially for 32 days to commemorate the 150th anniversary of the opening of the railway
~ “JR West Japan Kaitetsu NFT Collection” now on sale ~

In commemoration of the 150th anniversary of the opening of the railway, the JR West Group will launch the railway NFT “JR West Kaitetsu NFT Collection” on LINE’s NFT comprehensive marketplace “LINE NFT” from October 14th (Friday) on “Railway Day”. ] Has been released for a limited time and quantity.
The NFT of the longed-for sleeper limited express “Twilight Express” that appeared on the first day of sales sold out in just 2 minutes after the release of the 3D figure type and in less than 8 minutes in all 3 types. In addition, the “500 Series Shinkansen NFT”, which was released in advance with a limited number of 500 pieces on Saturday, October 8, was sold out within 5 days after the release, and “Railway NFT” has attracted a lot of attention not only from railway fans but also from the NFT industry. Collecting.
After October 14th (Friday), the NFT collection based on the nostalgic 32 types of excellent trains that were active in various parts of West Japan after the launch of JR West will be available for each train: 1. Trading card NFT, 2. 3D figure NFT, 3 Three types of Train Mark NFT (total of 96 types, limited to 100 each) will be on sale every day at 12:00 (noon) for 32 consecutive days until November 14th (Monday). [Image 1 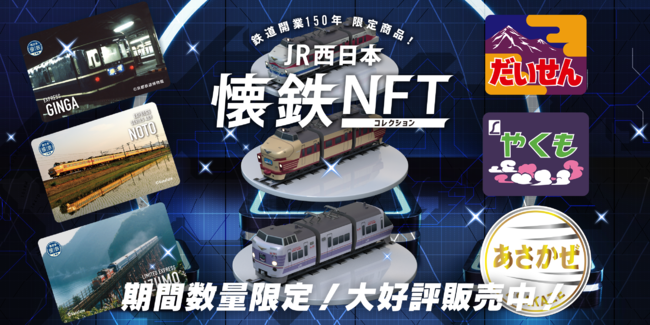 About JR West Kaitetsu NFT Collection
In the year of the 150th anniversary of the opening of the railway, JR West will offer a total of 32 types of “West Japan Kaitetsu
(Natsutetsu) Admission Tickets” with the theme of the excellent trains that were active in various parts of West Japan after the
establishment of JR West, for a limited time. It’s on sale.
This time, by making the 32 types of trains that appear in the admission ticket NFT (Non-Fungible Token), the JR West Group will officially issue it to railway fans not only in the West Japan area but also all over the country. You can now collect it as a
one-of-a-kind digital art. Under the characteristic of NFT that the value of digital data is guaranteed like a rare artwork with an appraisal certificate, it is possible not only to collect it as a hobby, but also to buy and sell it between individuals on the LINE NFT market. It will be possible.
《LINE NFT “JR West Japan Kaitetsu NFT Collection” Sales Page》  https://nft.line.me/drop/brand/50
《“JR West Japan Kaitetsu NFT Collection” Special Homepage》
https://www.jr-odekake.net/railroad/natsutetsunyujouken/nft/ Features of “JR West Kaitetsu NFT Collection”
Feature 1. 3 types of NFTs can be collected
For each of the 32 types of trains, 1. trading card NFT, 2. 3D figure NFT, 3. train mark NFT (96 types in total) will be available from October 14th (Friday) to November 14th (Monday), 2022 ) until 12:00 (noon) every day for 32 consecutive days.
[Image 2 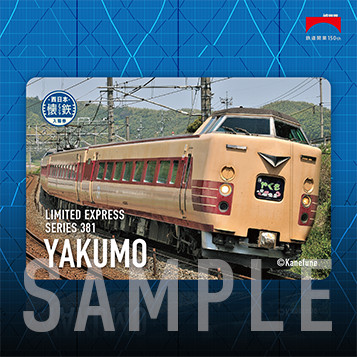 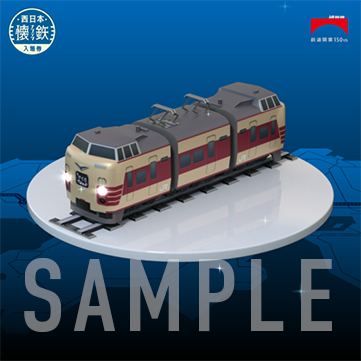 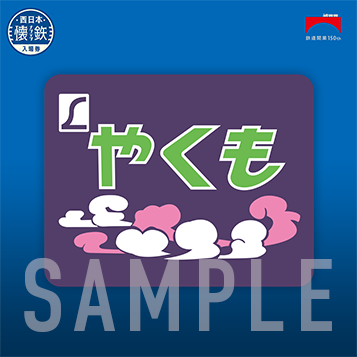 Image of train mark NFT (“Yakumo” series)
Feature 2. Limited to 100 of each product & sales period is only 1 month Each product will be limited to 100 pieces and will have a unique serial number engraved on the NFT. In addition, the sales period for each product is limited to one month from the release date*1. Which train NFT will be released will be announced on the special website and official Twitter (@NATSUTETSU_NFT) at 12:00 (noon) the day before the release.
* 1 Even after the sale ends, there is a possibility that you can get NFTs that have been secondary distributed in the market.
Feature 3. 3D Figure NFT plays in-car chimes such as “Railway Song”! The 3D Figure NFT is a video of each of the 32 types of miniature trains rotating. One of the nostalgic in-car chimes, “Railway Song”, “Haikens Serenade”, or “Alps Ranch” is played.
“Tetsudo Shoka” is a special version of the music box housed in the Kyoto Railway Museum*2.
[Image 5 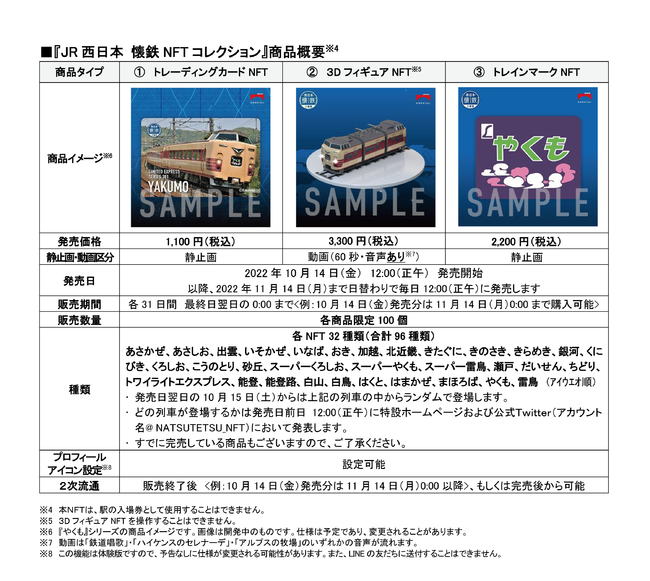 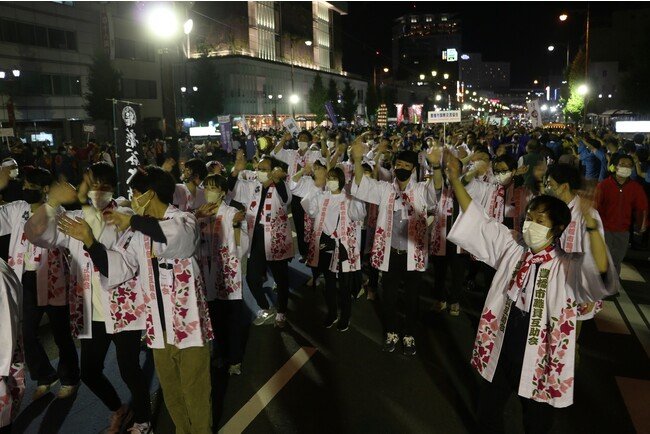