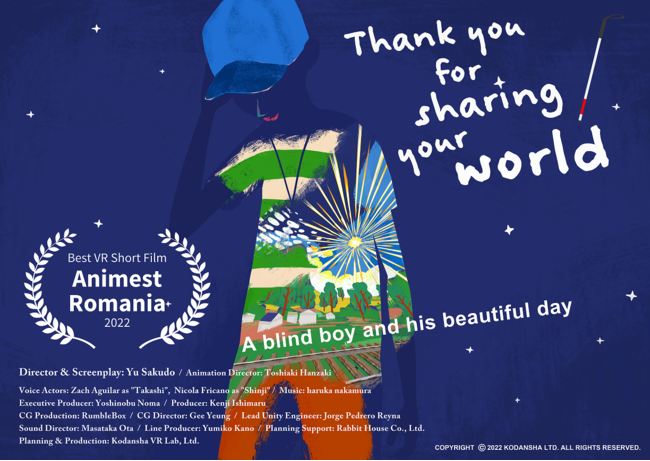 The VR animation “Thank you for sharing your world” (hereinafter referred to as “this work”) planned and produced by Kodansha VR Lab Co., Ltd. (Headquarters: Chuo-ku, Tokyo, CEO: Kenji Ishimaru, hereinafter referred to as our company) will be released in Bucharest, the capital of Romania, in 2022. It won the Best VR Short Award at the 17th Bucharest Animation International Film Festival (Animest Romania 2022) held from October 7th to 16th.
We are a production studio established in 2017 as a joint venture between Kodansha and Polygon Pictures, with a mission to explore optimal storytelling in the new medium of VR. The challenge with this work was to express the world seen by a blind boy in VR. Inspired by an interview saying, “Blind people actually live in a colorful world full of imagination,” I created an original story, and realized a beautiful world spread by the imagination of a blind boy through CG animation and interaction.
[Director Michio Saku Award Comment]
We were able to win the Best VR Short Award at the 17th Animest Romania 2022 VR category. Anyway, I am very happy.
The main character of this work is a blind junior high school student. During the production, I interviewed a blind person. I was hesitant because trying to get to know a world I didn’t know could be an act of insensitively stepping into someone else’s territory.
However, the blind people I interviewed always looked forward and smiled and lived in harmony with society. He also gave us favorable comments on the script.
The title “Thank you for sharing your world” is a line that appears in the play, but it is also a word that expresses the feelings from me, the creator, to the people who taught me about the blind world. And I thought it also expressed the act of presenting the work itself through the VR experience, so I gave it to the title.
We are truly honored to receive recognition for a genre that has so many hidden possibilities, VR. A production period of about two years. I would like to thank the animation director Mr. Hanzaki, the sound director Mr. Ota, and the producer Ishimaru for enjoying the continuous exploration and discovery together.
[Kenji Ishimaru Producer Award Comment]
As I interviewed blind people, I learned that although there are individual differences, the world of the blind is not just darkness, but the world is colorful due to the imagination, and the ability to grasp space through touch and sound is different from that of sighted people. I know it’s completely different. I think it is correct to say that we have different ways of looking at and interpreting the same world. I want people to know that there are ways to see and perceive such a world. This is a very sensitive subject and difficult to express, but I thought it was a meaningful project suitable for expressing in VR. I am very happy that this project and concept was accepted in a faraway country, Romania, and as a result, it was evaluated at Animest Romania 2022, and that many people had the opportunity to experience it. I would like to express my gratitude and respect to the entire team for making this difficult project a reality. And in the future, I would like to continue making works that are unique to VR.
[Outline of work]
・ Title: Thank you for sharing your world
・ Production year: 2022
・Work length: about 33 minutes
・ Genre: VR animation
・ Planning and production: Kodansha VR Lab
・ Production: Kodansha
・ About distribution: We plan to start online distribution around mid-2023. [About the Bucharest Animation International Film Festival]
The history of the Bucharest Animation International Film Festival began in 2006 and is a competition-style international film festival dedicated to animation. The film festival is accredited by the Academy of Motion Picture Arts and Sciences, and the best short film is eligible for an Academy Award.
https://www.animest.ro/
[Synopsis]
The main character, Takashi, lost his eyesight due to an illness when he was in elementary school. By imagining the world in front of us and reproducing it as an image, we can live our daily lives with little inconvenience. However, I tended to be depressed and lost interest in the world and enjoyment of everyday life.
One day, Takashi is invited by his childhood friend Shinji, who has mild autism, to go see a steam locomotive ceremony alone. They got into a fight and got separated, but thanks to the support of the people around them, they were able to meet again at the ceremony. Realizing that they care about each other, the two men make up. And, in front of the two of them, a steam locomotive passed with full force. Takashi’s imagination is stimulated, relying on Shinji’s voice to envision the world around him. The world expands as far as the eye can see, and Takashi learns that the world can be changed according to his feelings.
[Image 2 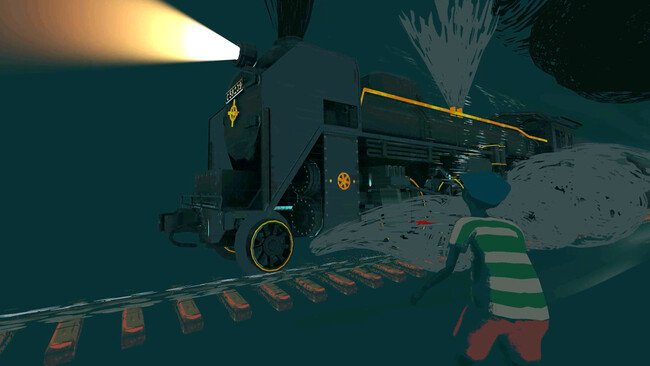 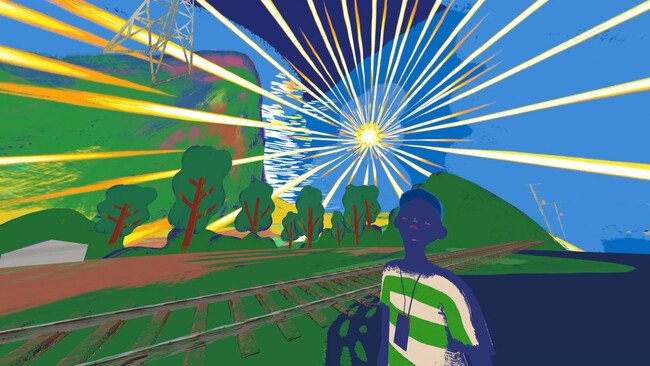 [Main cast (English/Japanese)]
Takashi: ZACH AGUILAR/Tsubasa Nakagawa
Shinji: NICOLA FRICANO / Amane Okayama
[Main staff]
Director/Screenplay: Michio Saku
Animation Director: Nobuaki Hanzaki
Producer: Kenji Ishimaru
CG Director: Gee Yeung
Sound Director: Masataka Ota
Music: Haruka Nakamura
[About director Michio Saku]
Film director and screenwriter. Born in Osaka in 1990. Graduated from the Faculty of Law, Kyoto University. In 2014, he established the video production company “Creative Studio Getsukuro” and assumed the post of representative. While working as a film director, he also writes scripts for TV dramas as a screenwriter. Directed the movie “Kamisama no Watto” (2018). His screenplays include the movies Chasing Hikari (2021), Alive Hoon (2022), and the NHK TV drama I quit the company after being addicted to pets (2022).
[About Kodansha VR Lab]
A studio that plans and researches new entertainment centered on VR, established in October 2017 by Kodansha, a general publisher, and Polygon Pictures, the largest digital animation studio in Japan. What kind of content makes the most of the latest technology? We will explore and shape it and send it to the world.
Representative Director: Kenji Ishimaru
URL: kodanshavrlab.com