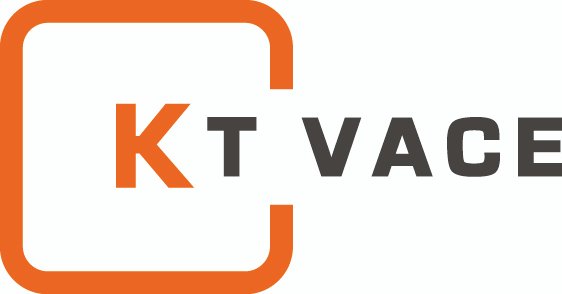 Since 2018, we have provided management consulting and IT consulting. Currently, KT VACE Co., Ltd. (Headquarters: Ginza, Chuo-ku, Tokyo / CEO: Koji Tanimoto), which conducts DX promotion for companies and regional revitalization consulting using NFT, has 20 traditional crafts all over the country. We will start selling the digital art of the Tsukumogami as NFT (* 1).
【Overview】
Since its founding, KT VACE has developed various services based on the idea of ​​”making people smile and adding value to the team”. Everyone has values ​​that they cherish, and when they can break through existing values, people and organizations grow and smile. In order to increase such opportunities, we have been promoting corporate DX, programming education, and NFT support, with technology and technology at the core.
This time, we will start the second stage of selling digital art from traditional crafts, which has become a problem in Japan, on NFT. Traditional crafts have been decreasing year by year since the peak in 1984. [Image 2 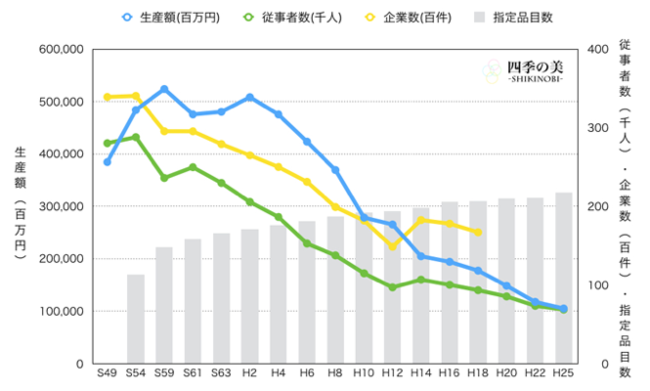 (Source: Shiki no Bi Numerical Source: Association for the Promotion of Traditional Craft Industries *The number of companies after 2006 is unknown)
The decline of traditional crafts is seen as largely due to three factors. Traditional crafts do not sell and are not profitable
It is difficult for craftsmen to do anything other than what they make Lack of successors
In order to solve this factor, KTVACE launched the [Traditional Craft x NFT Project] and started activities to solve it with new technology provided by KT VACE in order to protect Japanese culture and tradition.
And on October 17th, as the second development, “OpenSea”, the world’s largest NFT marketplace for NFTs that have become digital art of 20 traditional crafts from all over the country. will be sold at In Japan, it is said that a tool that has been used for 100 years acquires spirituality and becomes a tsukumogami, and since the Muromachi period, its appearance has been depicted in fairy tales and has been popular among people. rice field.
Crafts that have been used and embedded in people’s lives since ancient times may have become tsukumogami without us even realizing it.
In this NFT, 20 types of traditional crafts from all over the country will be turned into digital art and sold at NFT.
[Image 3

This time, the traditional crafts of each region are used as motifs, and 20 kinds of traditional crafts are turned into digital art. [Traditional crafts]
・Nishijin textiles from Kyoto ・Hida Shunkei from Gifu ・Gifu lanterns from Gifu ・Imari ware and Arita ware from Saga ・Edo Kiriko from Tokyo Edo Kiriko, Edo Armor from Tokyo, Suruga Takesensuji Zaiku from Shizuoka, Iwayado Tansu from Iwate, Kurume Kasuri from
Fukuoka・Nibutani Ita from Hokkaido ・Tendo Shogi Koma from Yamagata ・Marugame Uchiwa from Kagawa ・Nanbu Tekki from Iwate ・Orange Comb from Tokyo Tsugegushi, Toyama’s Ecchu Fukuoka Sugegasa, Kyoto’s Kyosensu, ’s Hagiyaki, Ishikawa’s Kutaniyaki, Mie Iga Kumihimo, Akama Suzuri
(*1) NFT (Non-Fungible Token) is a non-fungible token, and it is being used in a wide range of fields such as art, games, membership rights and proof of real estate ownership. A token is generally a virtual currency issued using existing blockchain technology.
Simply put, “non-fungibility” means “unique” and
“non-substitutable.” Autographed books, one-of-a-kind collector’s items in the world, and original drawings by popular artists are all “non-fungible.” Here is an example of something with
[Second stage Traditional craft NFT purchase privilege]
We will invite you to the community limited to those who purchased NFT. In addition, you can acquire the right to propose and decide how to use the sales obtained from NFT at the same time.
*You may have a wonderful encounter with friends who gathered with the keyword of traditional crafts x NFT.
[What is the traditional craft NFT project]
Japan’s wonderful traditional crafts are unique works of art that are filled with the thoughts of traditional craftsmen. Unfortunately, however, it is declining because it is unprofitable and there is no one to support it. If nothing is done, we cannot deny the possibility that traditional crafts will disappear from Japan. It was launched with the aim of disseminating such Japanese traditional crafts to the world, selling wonderful traditional crafts in conjunction with NFT, creating new revenue sources for traditional crafts, and protecting traditional crafts. .
In recent years, art and music are being bought and sold in the world through a new technology called NFT, and the number of products and the number of purchasers are increasing rapidly.
By using NFT, we would like to create a place where people from all over the world can pick up traditional crafts, not only in Japan. In addition, we will also send out the thoughts of traditional craftsmen put into their works.
[Future outlook]
In the future, we plan to create and sell “traditional crafts x NFT” together with many traditional craftsmen.
We would like to contribute to the protection of traditional crafts by creating a new system to promote traditional Japanese crafts to the world and sell traditional crafts.
【Detailed information】
・Transmission information
-Twitter: https://twitter.com/TraCraftsNFT
-Discord: https://support.discord.com/hc/ja/profiles/6977535253015 ・Sales location
-OpenSea: https://opensea.io/collection/traditional-crafts-nft-tsukumogami-1