Book Live Co., Ltd.
Kyary Pamyu Pamyu will be appearing in the project “Book Live Club!”, which introduces manga recommended by manga lovers!
A Twitter campaign will be held from today to win a signed poster by lottery
Recommended manga for manga lovers being carried out at the general e-book store “Book Live” operated by BookLive Co., Ltd. (Headquarters: Minato-ku, Tokyo; President: Tadashi Tanno), a group company of Toppan Printing Co., Ltd. It has been decided that Kyary Pamyu Pamyu, who is active as an artist and a Book Live user herself, will appear in the project “Book Live Club!” Along with that, from today on the official Twitter account of the book live, a campaign will be held where you can win a poster signed by Kyary Pamyu Pamyu by lottery.
[Image 1 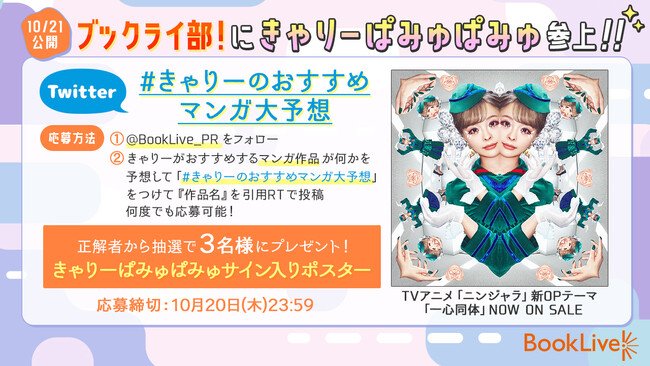 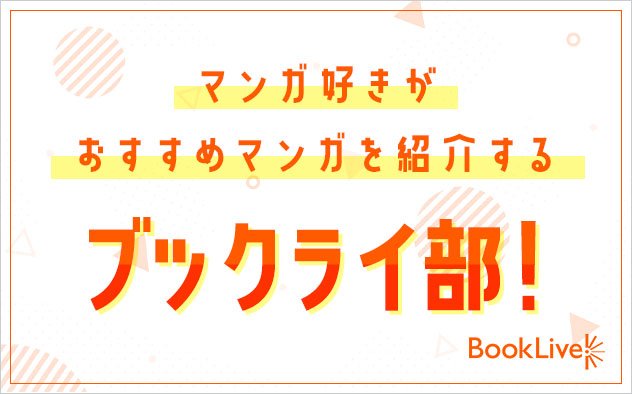 The “Book Live Club!” is a club where manga lovers talk about how they got hooked on manga and about their love for manga, while introducing manga they’ve recently become addicted to or love. The condition for joining the club is “to like manga”, and the activity is “recommending your favorite manga”.
URL: https://booklive.jp/feature/index/id/tk_booklibu
[#Kyary’s Recommended Manga Big Expectations Campaign Overview] An interview introducing Kyary Pamyu Pamyu’s recommended manga will be published on the “Book Live Club!” page of the comprehensive e-book store “Book Live” at midnight on Friday, October 21st. Before the page is released, it is a campaign to predict the title of the manga work that Kyary will introduce in the interview.
Three people will be selected by lottery from those who answered correctly and will win a poster signed by Kyary Pamyu Pamyu. We will post hints from @BookLive_PR at any time during the campaign period. ·Application method
Follow Book Live official account (@BookLive_PR)
Predict the title of the manga work recommended by Kyary Pamyu Pamyu in “Book Live Club!”, which will be released at midnight on Friday, October 21st.
You can complete the application by adding the hashtag “#Kyary’s Recommended Manga Big Expectations” and posting the predicted “work name” with a quote RT from the campaign tweet.
* You can apply as many times as you like, one post per post, so the more you post, the higher your chances of winning.
・ Campaign period
October 14, 2022 (Friday) to October 20, 2022 (Thursday) 23:59 ·prize
Three people selected by lottery from among those who correctly answered the name of the work recommended by Kyary will receive a key visual poster for the 10/19 Nippon Budokan concert “UMA105” signed by Kyary Pamyu Pamyu.
*Winners will be contacted via DM on Twitter within 2 weeks after the campaign ends.
[Image 3 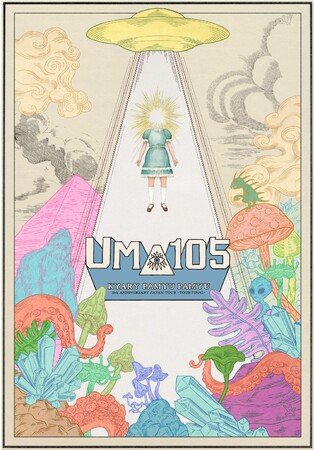 [Profile of Kyary Pamyu Pamyu]
Born January 29, 1993
Born in Tokyo / Artist
In August 2011, after graduating from high school, she made her major debut with the mini-album “Moshi Moshi Harajuku” produced by Yasutaka Nakata.
In 2021, the year of the 10th anniversary of his debut, he launched a new label “KRK LAB” as a place for further free expression.
In April 2022, he will appear at the world’s largest music festival “Coachella Valley Music and Arts Festival” and decorate the GOBI stage for two weeks.
A “HARAJUKU” and “JAPANESE POP” icon who continues to challenge expressions that are not bound by anything.
[Kyary Pamyu Pamyu’s new song “Isshin Dotai” release information] [Image 4 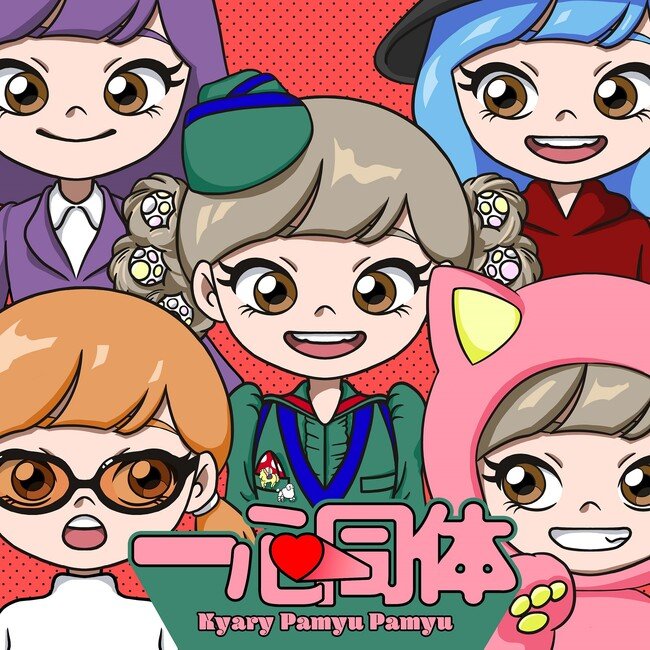 October 5th (Wednesday) release
Digital Single “Isshin Dotai” (Produced by Yasutaka Nakata)
* TV anime “Ninjara” October 15th (Sat) ~Opening theme
Composer, Lyricist: Yasutaka Nakata
1. unity
2. Isshin Dotai (Instrumental)
3. One heart and one body (TV edit)
The general e-book store “Book Live” aims to “always have a ‘manga room’ in your heart. With the concept of ”, we will continue to provide services that allow you to encounter books that enrich your life and enjoy them to your heart’s content.