DMM GAMES operated by joint company EXNOA (Headquarters: Minato-ku, Tokyo, CEO: Yusuke Muranaka, URL: https://games.dmm.com) is a tower defense game for PC (browser version) / DMM GAMES store ” Monster Musume TD ~I am in trouble because I am doted on by monster girls on a remote island in the distant sea~ (hereinafter referred to as “Monster Musume TD”)”, the second official live broadcast “Monster Musume TV vol.2 Half Anniversary official We have decided to hold the live broadcast SP” on Sunday, October 23, 2022.
[Image 1 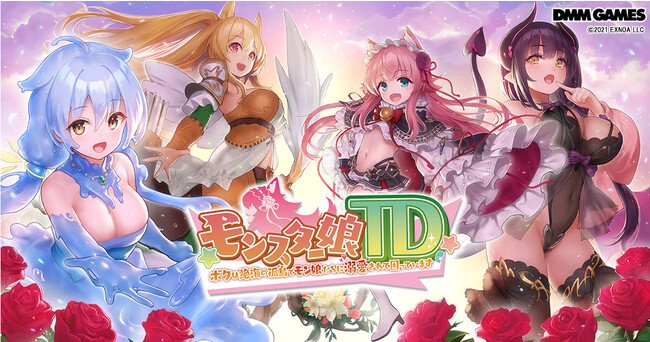 [Half anniversary commemoration! The second live broadcast will be held! ] [Image 2 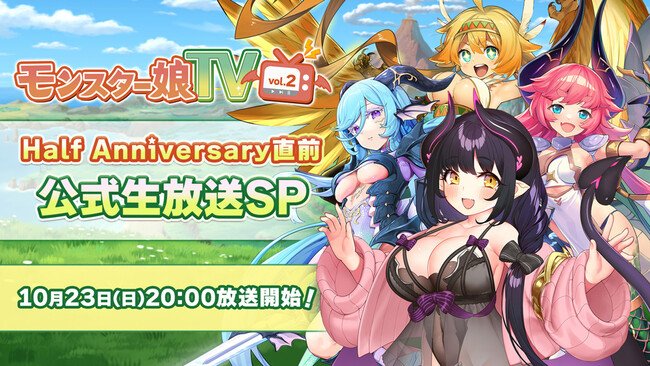 An official live broadcast commemorating the half anniversary of “Monster Musume TD” has been decided! We plan to deliver the latest information on the game, a corner to answer questions solicited from users, and game challenges. Information on the performers of the live broadcast and information on the program viewing page will be announced on the official Twitter etc. at a later date. Please look forward to the follow-up report.
[Program name]
Monster Musume TV vol.2 Half Anniversary Official Live SP
【Airtime】
October 23, 2022 (Sunday) 20:00-
[Distribution media]
niconico live
YouTube Live
▼ Monster Musume TD Official Channel
https://www.youtube.com/channel/UClEDIW9sUPrdGWo0PDbvrcw
* Detailed information on the program viewing page will be announced at a later date.
* Regarding this distribution, in response to the spread of the new coronavirus, we will take measures to avoid the risk of infection in consideration of the health of the performers and staff. Also, depending on the situation, the content of the broadcast may be changed or canceled. Thank you in advance for your understanding. ■We are looking for pre-questions for the live broadcast!
[Image 3 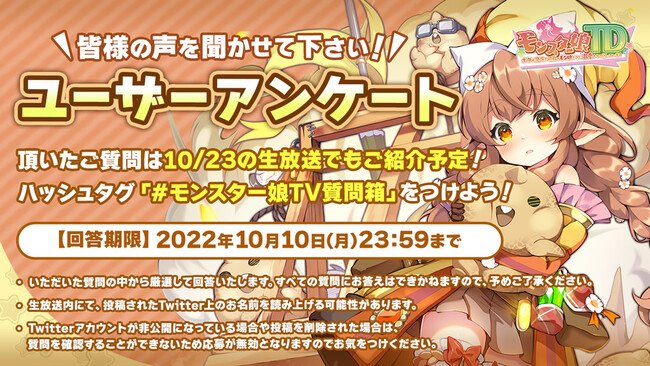 We are looking for questions from users about “Monster Musume TD”! The application will be completed by posting on Twitter with the hashtag “#Monster Musume TV Question Box”. You can post as many times as you like during the period, so please feel free to submit any questions or stories you would like to hear.
Application period: From October 4, 2022 (Tuesday) to October 10, 2022 (Monday) 23:59
* During the live broadcast, we will answer carefully selected questions from the questions we received. Please note that we cannot answer all questions.
* During the live broadcast, the questioner’s name may be read aloud. *If your Twitter account is private or if your post is deleted, your application will be invalid because you will not be able to check the content of your question.
[App Store version / Google Play version pre-registration now open! ] Pre-registration for the App Store version/Google Play version is open from September 12, 2022 (Monday). To date, the number of
pre-registered users has exceeded 100,000, and the distribution of “Phantom Beast Stone x 2,000” has been decided.
-Pre-registration page-
・App Store: https://apps.apple.com/jp/app/id1630690322
・Google Play: https://play.google.com/store/apps/details?id=com.dmm.dmmgames.monstermusumetd.g -Pre-registration Campaign-
[Image 4 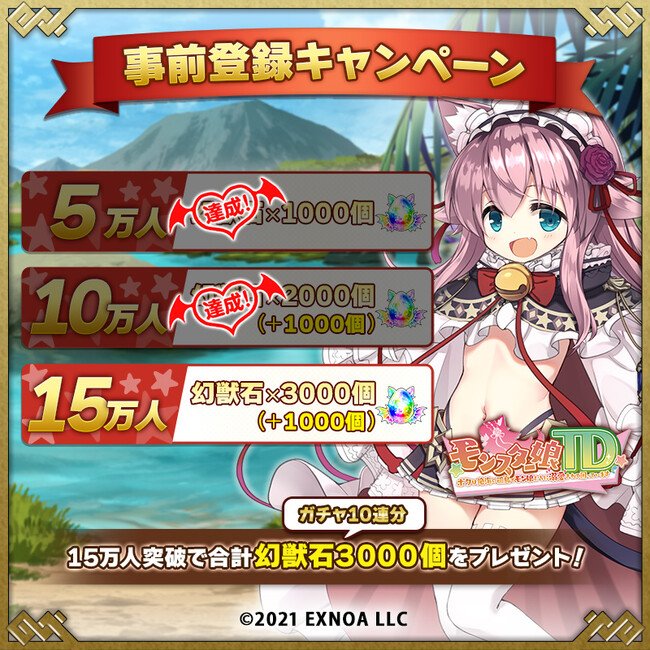 ■ Pre-registration Commemorative Twitter Campaign 3rd
A campaign will be held on the official Twitter to commemorate the pre-registration of the App Store and Google Play versions of “Monster Musume TD”! Follow the “Monster Musume TD” official Twitter account and retweet the corresponding post to complete the application. Prize: Amazon gift code worth 10,000 yen for 10 people
Application period: From Tuesday, October 4, 2022 to Friday, October 14, 23:59 Official Twitter: https://twitter.com/monmusu_td
[Official release 150th anniversary campaign! ]
“Monster Musume TD” will celebrate its 150th day since its official release on Wednesday, October 5, 2022. To commemorate this, various campaigns such as a login bonus where you can get up to 1,000 phantom beast stones during the period, limited missions where you can get special points, limited packs where you can purchase phantom beast stones at a great price, etc. will be held in-game. Please check the in-game notice for details.
[Holding period: October 3, 2022 (Monday) after maintenance-October 17 (Monday) maintenance]
[New costume appearance! In addition, some of the costumes that appeared in the past are reprinted and reappeared! ]
“[Echidna Musume] Miterasu’s new costume “Miterasu’s naked apron clothes” is now available! In addition, “[Lizardman Musume] Saura” “Saura’s Outing Clothes” and “[War Penguin Musume] Perili” “Perili’s Outing Clothes” have been reprinted. “Miterasu Naked Apron Clothes” is an X costume with a limited scenario, and you can enjoy a special story in addition to changing clothes. Please check the in-game notice for details.
[Sales period: October 3, 2022 (Monday) after maintenance-end date undecided] ・Miterasu’s naked apron clothes *X costume
[Image 5 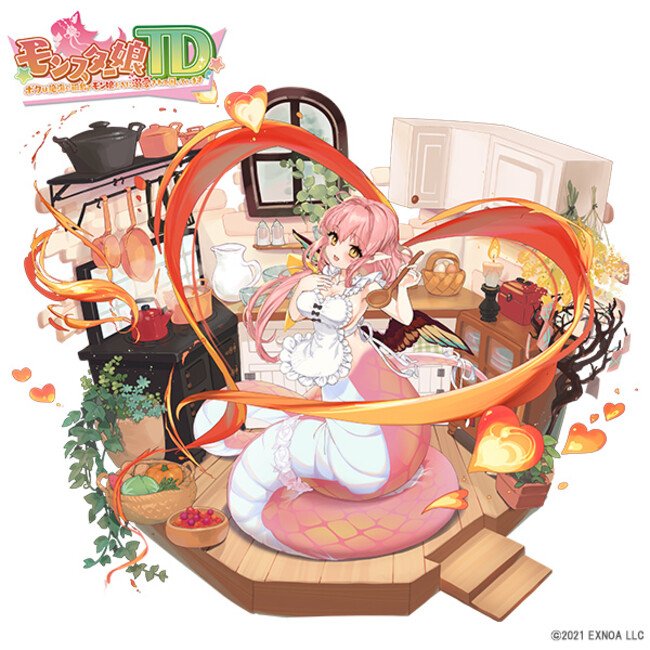 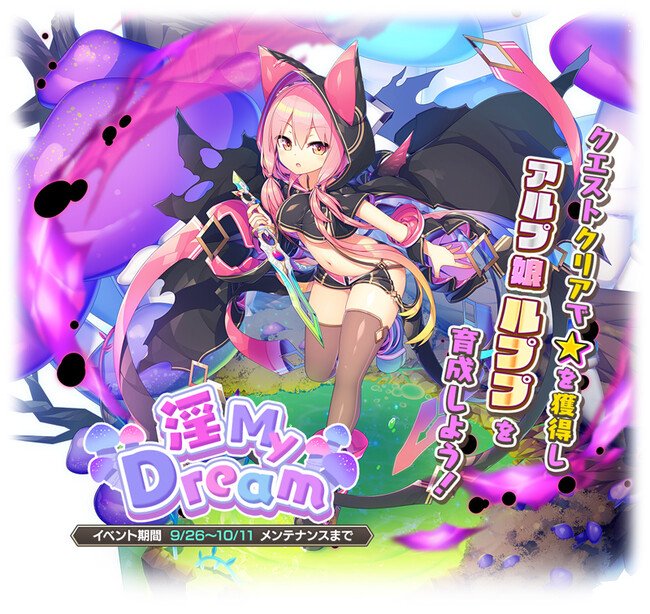 By clearing one event quest, you will be able to obtain “[Alp Musume] Lupup”, and by clearing event quests and collecting ★, you will be able to nurture Lupup. The second half of the event has started after the maintenance on Monday, October 3rd. Please check the in-game notice for details.
[Holding period: September 26, 2022 (Monday) after maintenance to October 11 (Tuesday) maintenance]
[Alp Musume] Rupupu
[Image 7 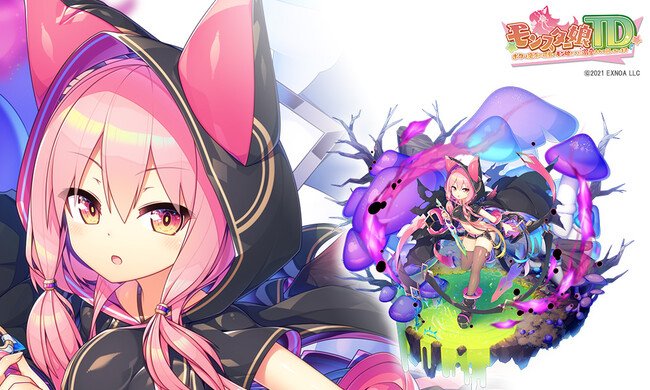 Rarity: Epic Class: Assassin Weapon type: Dagger Attribute: Dark A monster girl who feeds on sucking semen. It has a hood that can disappear when worn, and when it disappears, its original personality will appear and it will take bold actions. She is a terrifying monster girl whose buttocks are developed without her realizing it, thanks to the combination of the power of lewd dreams and the ability to disappear. Tantalum is a rod companion (meaning unknown).
[“Star Lion and Kaitei Blue Dragon Gacha” is being held! ]
[Image 8 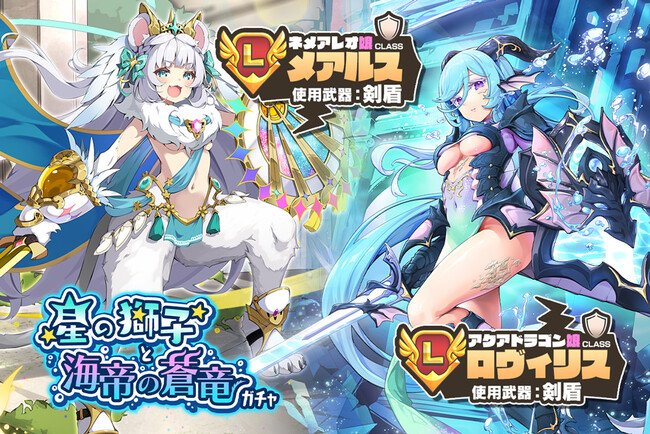 The “Lion of the Stars and the Sea Emperor’s Blue Dragon Lotto” featuring “[Nemealeo Musume] Mealus” and “[Aqua Dragon Musume] Rovilis” is now being held! In this gacha, you can get “Star Lion and Kaitei’s Azure Dragon Medal” as a bonus for each use, and you can exchange it for Monster Girl at a dedicated exchange according to the number of medals you get. increase. Please check the in-game notice for details.
[Holding period: September 26, 2022 (Monday) after maintenance to October 11 (Tuesday) maintenance]
[Nemeareo Musume] Mealus
[Image 9 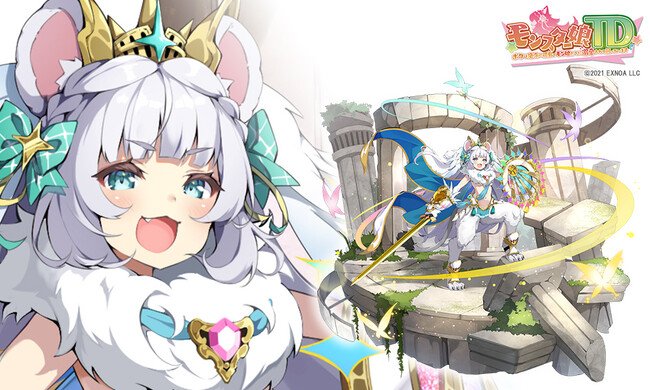 Rarity: Legend Class: Guardian Weapon type: Sword Shield Attribute: Light A sleeping lion girl who craves indolence. “Good morning” without a tribute is a blast. It doesn’t mind being hit or poked, but it has a propensity to get excited when strangled. Therefore, there are few people who can grant their wishes. Orthros daughter is constantly drooling.
[Aqua Dragon Musume] Roviris
[Image 10 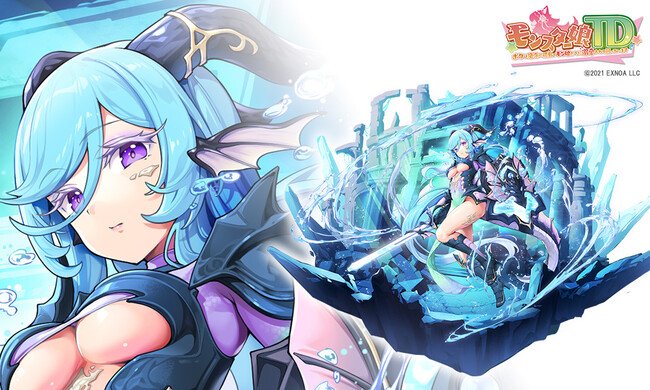 Rarity: Legend Class: Guardian Weapon type: Sword Shield Attribute: Water A dragon girl who reigns at the top of the aquatic monster girls. Personality is cold and rational. Since he pursues strength, he never misses training. The motto is to eat the toughest of the weak. Sahagin Musume is strongly influenced by this idea. Rumor has it that they store a lot of treasure in their home, but it seems to be full of junk.
What is “Monster Musume TD ~I’m in trouble because I’m doted on by monster girls on an isolated island in the distant sea~”
“Mist Train Girls ~From the Car Window of the World of Fog~”, the second work by the “Creative Team Kuma-san”! “Monster Musume TD” is a tower defense game that even light users can enjoy. A lot of unique and naughty monster girls have appeared, and it is a game that satisfies the character and eroticism, such as punishing human enemies. It’s a flashy and exhilarating tower defense that even light users can enjoy, but it’s also packed with a lot of replay elements, so it’s a work that everyone can enjoy.
[Image 11 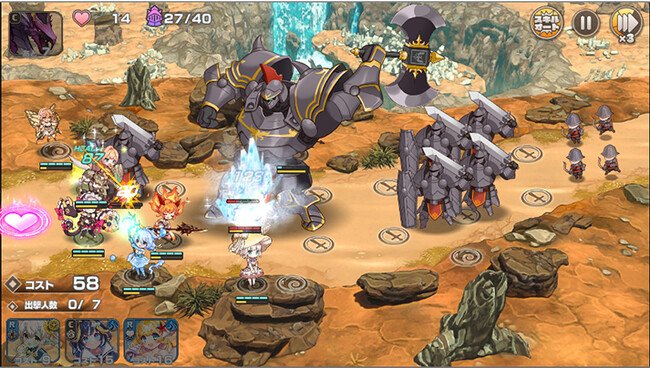 *The screen is under development.
■ What is “Creative Team Kuma-san”?
An IP production team established in 2019, led by Hase-P and other DMM GAMES designers. The “Creative Team Kuma-san” has a large number of well-known illustrators and designers, and creates a system of cooperation with both inside and outside the company to take charge of the overall creative work for various titles of DMM GAMES.
[Image 14 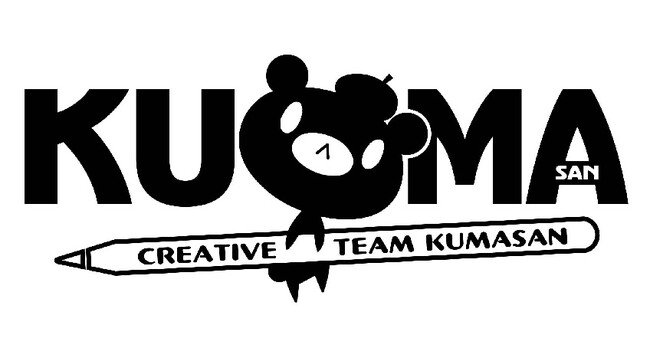 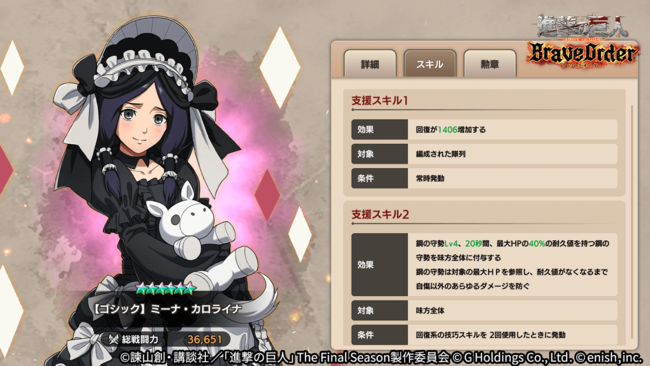 One thought on “Limited company EXNOA DMM GAMES tower defense game “Monster Musume TD-I’m in trouble because I’m doted on by monster girls on an isolated island in the sea” The second official live broadcast will be held!”