Marvelous
Hanipare latest work! The exhilarating jet battle has begun! The “Dolphin Wave” service will start on October 20th (Thursday)! An animation video that decorates the opening of this work is also available!

HONEY∞PARADE GAMES Co., Ltd. (Representative Director Tetsuro Miura / Location: Shinagawa-ku, Tokyo) announced that the service start date of the exhilarating jet battle game “Dolphin Wave” scheduled to be released in 2022 will be October 20, 2022 ( We are pleased to inform you that we have decided on Thursday. In addition, an animation video that decorates the opening of this work is also being released. [Image 1 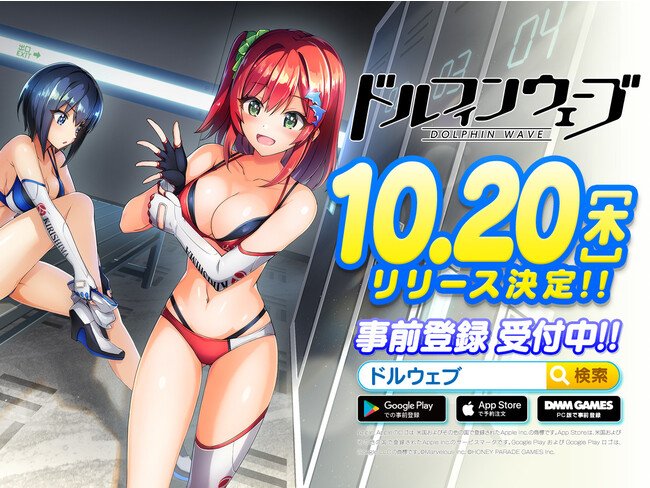 ◇ Service will start on Thursday, October 20, 2022!
The service start date of “Dolphin Wave” has been decided on Thursday, October 20, 2022! Pre-download is scheduled to start on October 19 (Wednesday).
Detailed information such as the specific service start time will be announced on the official Twitter. We are still accepting
pre-registration, so please wait for a while until the service starts. ■ Official Twitter
Tweets by dolphin_HPG
■ Official site URL
https://www.hpgames.jp/dolphin-wave/
◇ Announcement of the long-awaited pre-registration reward!
As a pre-registration reward, you can get a “UR Dolphin Confirmation Ticket” that will surely get the highest rare dolphin, a UR memory “each waiting time” with a pair of Ika and Michiru drawn, and “1500 Marine Stones” (Gacha 10 times) will be presented at the start of the game! In addition to these rewards, you can draw 10 gachas during the tutorial. Please use it to meet your favorite dolphin!
* Gachas that can be drawn during the tutorial can be drawn again as many times as you like.
[Image 2 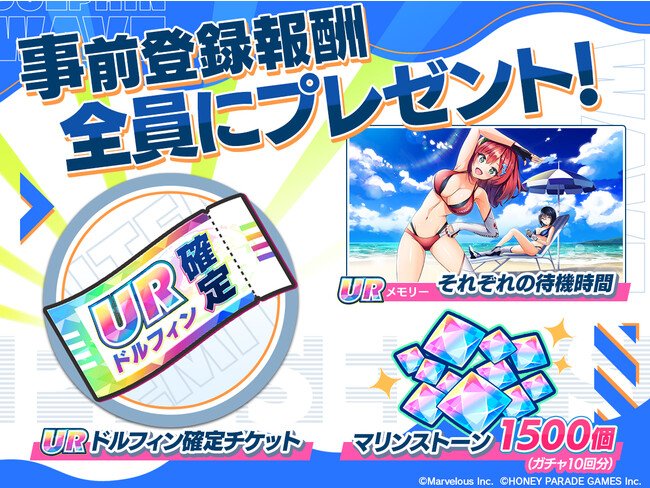 ◇ OP animation is now available!
An OP animation has been released that depicts the refreshing movements of the players who challenge the jet battle. Important companions who share a fulfilling daily life, and rivals who stand in their way… Please take a look at the charm of the girls who color Wadatsumi.
OP animation
[Video 2: https://prtimes.jp/api/movieim.php?url=www.youtube.com/watch?v=2rrhLrlmoKg]

One thought on “Marvelous Hanipare latest work! The exhilarating jet battle has begun! The “Dolphin Wave” service will start on October 20th (Thursday)! An animation video that decorates the opening of this work is also available!”