Mercari, Inc.
Mercari will start airing a new commercial on October 21st. Nicole Fujita, Michopa, Eiji Kotoge, and Kuro-chan co-star! A commercial that embodies “good friends” is complete!
“Hajimeru” campaign started, “You can get Mercari points worth 4,000 yen for both invited and invited people” 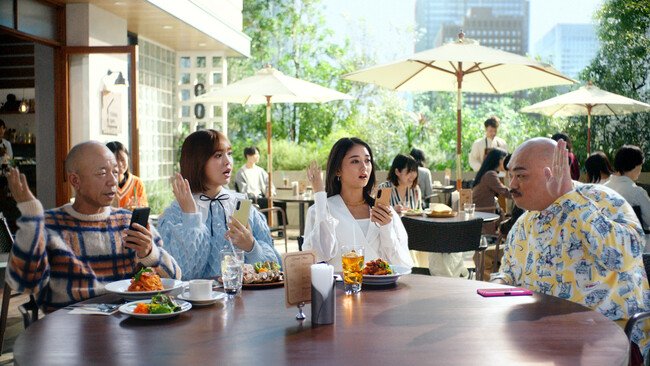 The “Hajimeru” campaign will be held from October 21, 2022 (Friday) to November 21, 2022 (Monday). This is a campaign where you can get Mercari points worth 4,000 yen in total. You can invite up to 5 friends and get 2,000 yen worth of Mercari points for each person you invite, for a total of 10,000 yen worth of Mercari points.
In this commercial, “Mercari” invites a good friend to “Mercari” for a limited time campaign “You can get Mercari points worth 4,000 yen for both invited and invited people”. The content of what I’m going to do. Nicole Fujita and Michopa, who usually profess to be best friends, will co-star for the first time in a commercial, and Kuro-chan, who has professed that “My favorite talent is ‘Michopa-san'”, has co-starred with all the performers many times. Eiji Kotoge, a “good friend”, will be connected through “invitation”.
[Image 2

New CM “New friend / friend invitation point” version
Mr. Fujita is looking at the “Mercari” app at a stylish open-air cafe. When I turned to the side, saying, “To the person I invited to Mercari,” Kotoge appeared next to me.
Share the joy of accumulating Mercari points, saying “4,000 points!” “Would you like to invite one more person?” Mr. Fujita turned in the opposite direction, and Mr. Michopa appeared.
“A total of 4,000 points!”
Then, from next to Michopa-san, Kuro-chan joins in vigorously, saying, “One more person will pay for the dessert!”
Surprised by the sudden turn of events, Michopa immediately replied, “Wow wow wow!”
At the end, in response to Kuro-chan, who is happy to be with everyone, saying “Hello!”
Everyone is serious, and the CM ends by returning “wow wow wow” to Kuro-chan. This commercial was filmed in a friendly and natural manner, with the performers saying, “I’m looking forward to seeing how it looks like.” Please pay attention to the exquisite “wow wow wow~” by the three people shown in the last scene.
■ Shooting episode
Nicole Fujita and Michopa co-star for the first time in a commercial! Michopa-san “Because we’ve been together since we were teenagers and we’ve worked so hard together”
Mr. Fujita and Mr. Michopa, who have been friends since their teens and are still on good terms, unexpectedly co-starred in a commercial for “Mercari” this time.
In fact, both of them have appeared in commercials and events for Mercari in the past, but since they were appearing in different projects, they didn’t meet face-to-face.
This time, when we asked each other about their impressions of co-starring, Mr. Fujita said, “Since Michopa and I haven’t co-starred in a commercial together in the past, I wonder if it’s okay to do this roughly with my friends (laughs). It was very impressive!” In response, Michopa said, “I’ve been with Nicole since I was a teenager, and of course we’ve never done a big job together, so it’s kind of a strange feeling! I’m happy, but we’re both here. I think it’s because we’re working hard that we can do it together,” he said while looking back on his career.
No matter what Kuro-chan says, the answer will always be “wow wow wow~”! ? Michopa-san and Kotoge-san couldn’t help but smile at the surreal shooting. At the end of the commercial, there is a scene where Mr. Fujita, Mr. Michopa, and Mr. Kotoge all respond with “wow wow” in response to Kuro-chan’s words. This scene was shot so surreal that you can’t imagine it from the main story. Kuro-chan’s words that triggered it were complete “free acting”. The director also instructed,
“Kuro-chan, please keep saying a few words according to the tempo. had.
When the shooting started, it was quite a surreal situation where Michopa-san and Kotoge-san’s emotionless “wow wow wow~” was repeated in response to Kuro-chan’s one word after another at the quiet shooting site. Until Kuro-chan is about to run out of ideas, the director doesn’t stop the camera, and the moment the camera runs out, the director and staff can’t help but burst out laughing. Then, Mr. Michopa and Mr. Kotoge, who had kept a straight face until then, also smiled, saying, “It’s funny” and “This is painful.” While the two sharply retorted at Kuro-chan, the shooting was carried out in a lively atmosphere from beginning to end, with smiles and laughter at the end.
[Image 3 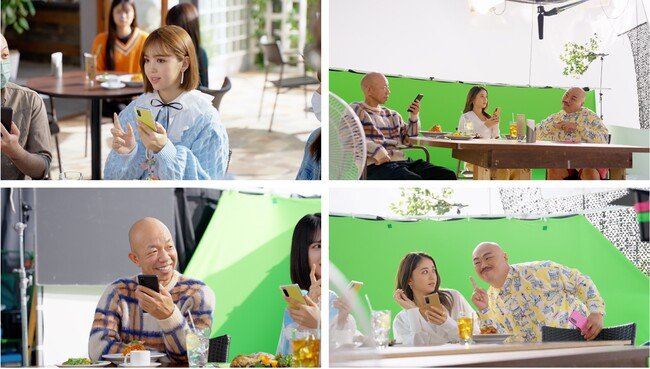 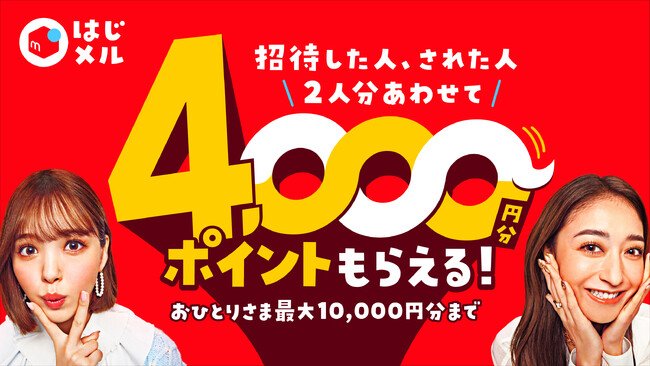 The “Hajimeru” campaign will be held from October 21st (Friday) to November 21st (Monday). This is a campaign where you can get Mercari points worth 4,000 yen. You can invite up to 5 friends, so you can get 2,000 yen worth of Mercari points for each person you invite, up to a total of 10,000 yen worth of Mercari points. gift points). In addition, 1,000 people who have invited 2 or more people will be randomly selected to win Mercari points worth 5,000 yen.
Mercari Points can be used not only for purchases on Mercari, but also for a wide range of uses around town, such as convenience stores and restaurants.
Please check the campaign page for details.
URL: https://pj.mercari.com/202210invitecpn/
■ Profile of Nicole Fujita
[Image 5 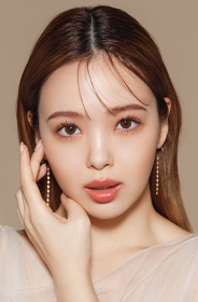 Nicole Fujita
Date of Birth: February 20, 1998
Birthplace: New Zealand
Nicknamed “Nikorun”.
2009 model debut. Since 2017, she has been working exclusively for the magazine ViVi.
Self-directed apparel brand in 2021
In addition to launching “CALNAMUR”, he is active in a wide range of activities such as variety programs, TV commercials, events, and the production industry. The number of Instagram followers is 5.04 million.
■ Profile of Miyu Ikeda
[Image 6 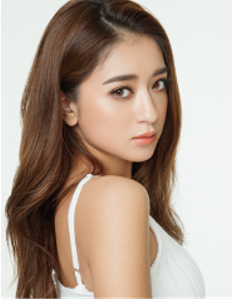 Miyu Ikeda
Nicknamed “Michopa”
Model debut as a reader model of “Popteen” in 2013.
In an instant, she became a popular model representing Popteen, such as decorating the cover of the same magazine.
After appearing on a variety show in 2016, he is currently appearing in many TV programs every day, including regular programs such as NTV’s “Sukkiri” and Fuji TV’s “Is it okay to tell fortunes suddenly?” Also active as a talent.
■ Profile of Eiji Kotoge
[Image 7 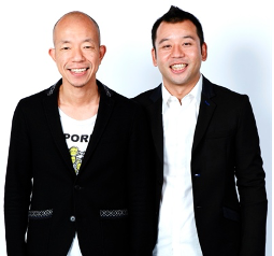 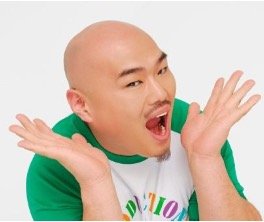 Kuro-chan (Kuro-chan)
Born in Hiroshima prefecture.
Formed the comedy group Dai Yasuda Circus with leader Yasuda and HIRO. It features a high-pitched voice like a woman with a strong look, and is in charge of bokeh in the control.
The character shown in the surprise project of the TV variety show “Wednesday Downtown” became a hot topic on SNS. 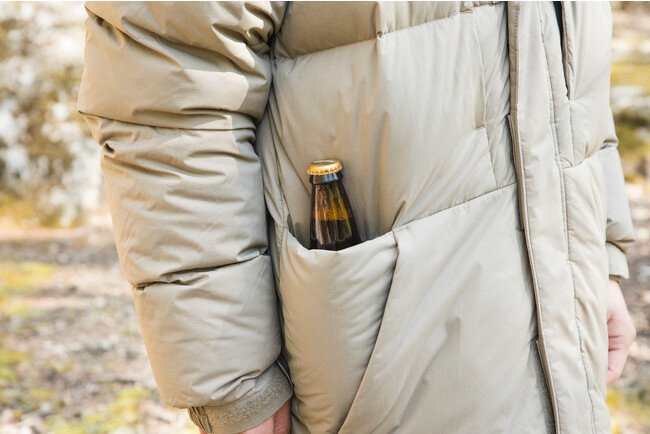