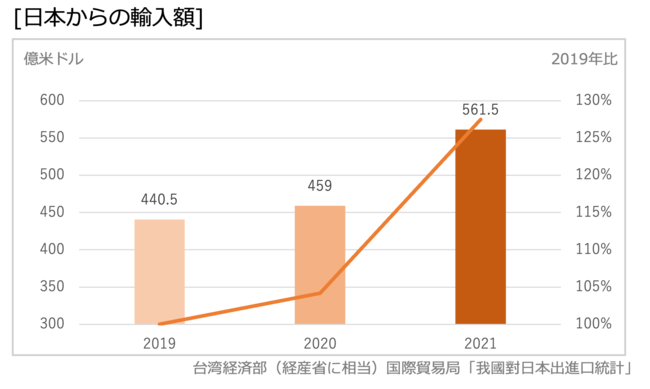 Taiwan has banned the import of foods produced and processed in Fukushima, Tochigi, Gunma, Ibaraki, and Chiba prefectures since the accident at Tokyo Electric Power Company’s Fukushima Daiichi Nuclear Power Station in March 2011. It was lifted in February. In addition, the depreciation of the yen is also boosting Taiwan’s import value of Japanese products to reach a record high of US$56.15 billion in 2021 (127% compared to 2019), expanding the export market. In order to find out which items are expected to expand exports to Taiwan in the future, we conducted a consumer awareness survey. 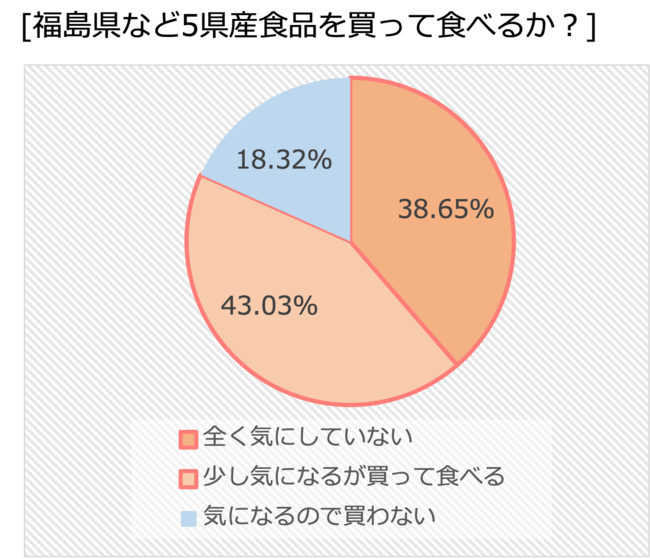 In response to the question, “Would you like to buy and eat foods produced in five prefectures, including Fukushima?”, 38.6% said they were not concerned at all, while 43% and 81.7% said they would buy and eat them even though they were a little concerned. On the other hand, 18.3% answered that they would not buy it because they are interested. [Image 3 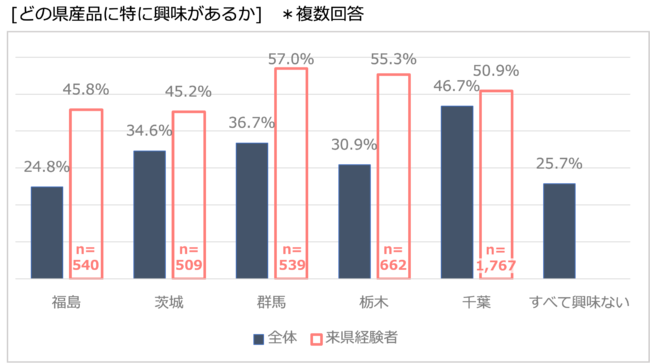 In addition, 46.7% of respondents from Chiba Prefecture answered the question, “Which prefecture products are you particularly interested in (multiple answers allowed)” out of the five prefectures? It is assumed that there are many people who have visited Chiba Prefecture. In other prefectures as well, when the total was limited to those who had visited each prefecture, interest in all of them increased, suggesting that the experience of visiting (traveling to Japan) is a catalyst for purchasing Japanese products overseas.
*Rate of increase in interest in products by those who have visited each prefecture:
Tochigi +24.4 points, Fukushima +20.9 points, Gunma +20.2 points, Ibaraki +10.6 points, Chiba +4.1 points)
Survey outline
■ Survey target: Taiwanese
■Survey method: Internet survey in “Rachigo! Japan”
■ Valid responses: 4,580 people
Survey period: Monday, August 15, 2022 to Wednesday, August 31, 2022 ■ Survey subject: Geely Media Group
■ Respondent attributes:
[Image 4 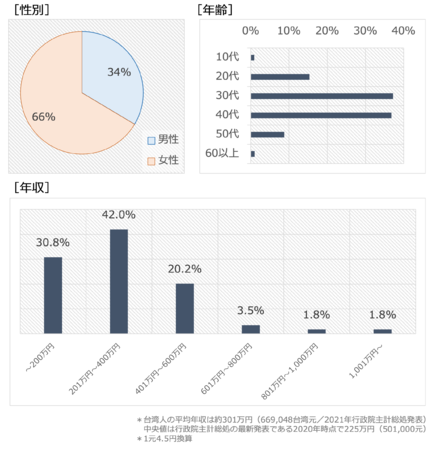 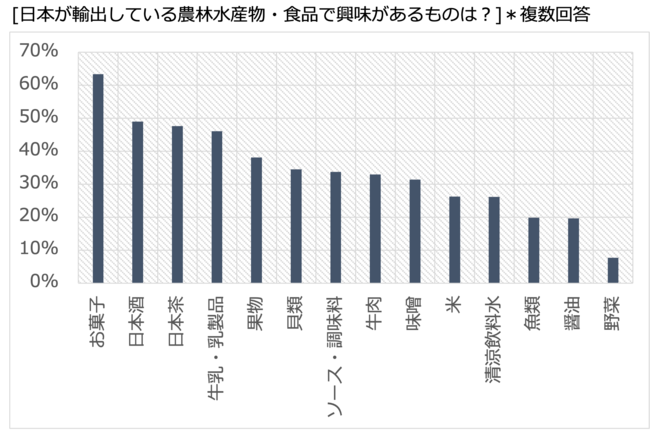 As expected, “sweets”, “dairy products”, and “fruits”, which are popular among visitors to Japan, ranked high. On the other hand, it is an unexpected result that “Japanese sake”, which has a high local selling price, and “Tea”, which has a traditional culture in Taiwan, also ranked high. By annual income, interest in sake, wagyu beef, and fruit increases as income increases, while interest in sweets and dairy products decreases as income increases. was given.
By age group, interest in “fruits” increased as age increased, and interest in “sweets” and “dairy products” tended to increase as age decreased. As for shellfish, sauces/seasonings, miso, and tea, there is no significant difference by annual income or age group, and the results suggest that the consumption of products familiar to daily life will continue to expand among a wider range of people in the future. have become.
[Image 6 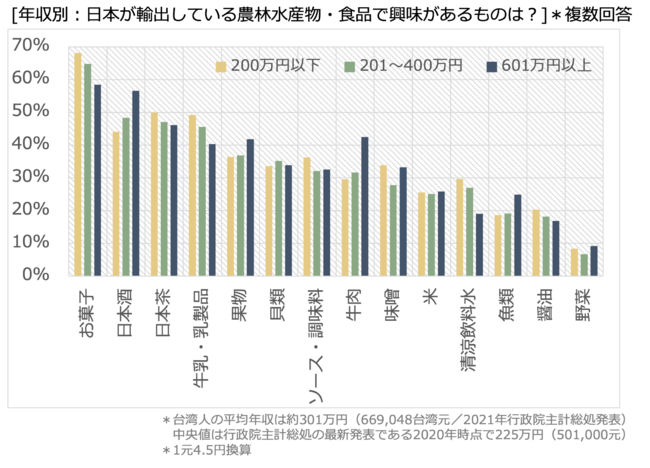 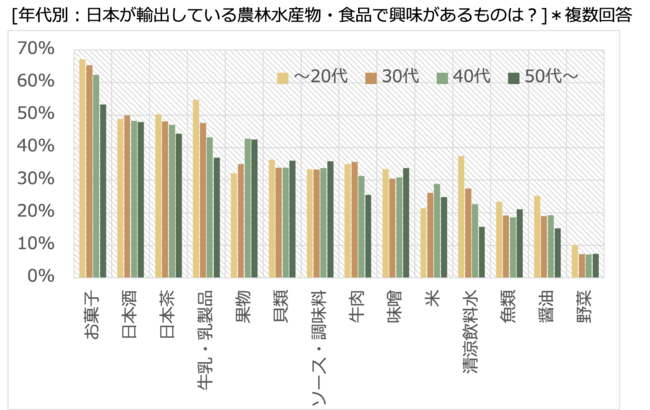 Japan (www.letsgojp.com) is a website aimed at Taiwanese and Hong Kongers (traditional Chinese speaking countries), with a focus on how to have fun in Japan, food, shopping, and hotels. Information about Japan is disseminated, and Japanese products are sold on the adjoining cross-border EC site. In 2019, the site has 2.5 million unique users per month, and even before the ban on travel to Japan has been lifted, the site has 1.2 million unique users per month, as well as over 1 million Facebook fans, over 130,000 YouTube channels, and over 70,000 Instagram users. It is an inbound media with very high name
recognition and popularity in both regions. Since the service started in 2011, we have opened 12 area versions such as Hokkaido, Tohoku, Kanto, Kansai, Hokuriku, Sanyo Sanin, Shikoku, Kyushu, and Okinawa. In each region, we collaborate with companies, local governments, public transportation, and organizations that want to attract Taiwanese and Hong Kong tourists visiting Japan to introduce the local attractions.