・A special stop name guide using original illustrations from a picture book by Mai Tamagawa is displayed on the in-vehicle monitor. ・Broadcast in-car BGM using the original song composed by Mr. ZUN “Nanatsuishi no wolf, run to take the clouds” in some sections ・Provide guidance that includes an introduction to the history and climate of each stop
・Displays a special destination sign
Keio Group Nishi Tokyo Bus Co., Ltd. (Headquarters: Hachioji City, Tokyo; President: Takeo Hamada) and Tambayama Village, Yamanashi Prefecture (Village Mayor: Takeshi Okabe) are keeping the tradition of wolves alive on Nishi Tokyo Bus route buses. We will carry out a collaboration project that makes use of the climate of Tamba Yamamura. In recent years, Tanba Yamamura has adopted a wolf as a village symbol, triggered by the reconstruction of Nanatsuishi Shrine (the nearest bus stop, Kamozawa), which has enshrined wolves as “the messenger of the mountain god” since ancient times. This time, in the route bus “Okutama Station-Taba, Kamozawa Nishi” running in Tanba Yamamura, which is also the westernmost part of the West Tokyo bus route, between “Kosodegawa-Kamozawa Nishi-Tamba” running in Tanba Yamamura. , We will adopt a special stop name guidance display by Mr. Mai Tamagawa, who was in charge of drawing the picture book “Wolves of the Blue Night” (written by Miku Terasaki) with the motif of the reconstruction of Nanatsuishi Shrine.
In addition, Mr. ZUN, the creator of the doujin PC game “Touhou Series”, who is extremely popular, has composed an original song based on the picture book, “Nanatsuishi no wolf, runs to take the clouds” at the request of Tamba Yamamura. It will be used for in-car BGM in some sections between the station and Tamba. This is the first time in history that we will be collaborating with a fixed-route bus on the works of Mai Tamagawa and ZUN.
In addition, between “Kosodegawa-Kamozawa-nishi-Tanba”, information on the history and climate of each stop will be introduced, and the destination direction sign will also be operated with special specifications.
This line was suspended due to a falling rock that occurred on June 15, 2022, but on October 14, it resumed operation for the first time in four months. Please take a route bus to visit Tanbayama Village, a “unexplored region” that can be reached by train and bus from the Tokyo area. I hope so.
[Image 1

An example of a stop name information display
[Image 2

An example of a stop name information display
[Image 3 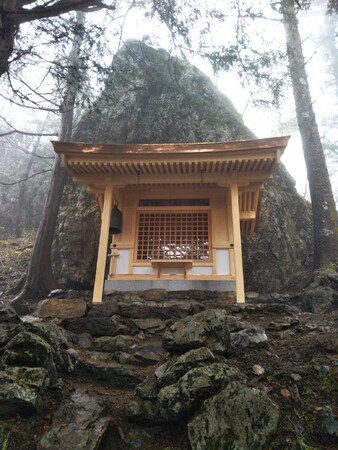 Nanatsuishi Shrine
≪Regarding plans such as special stop name guidance and in-car BGM related to “wolf lore”≫
1. start date
Thursday, November 3, 2022 (the end date will be announced separately) 2. Implementation section
Between Kosodegawa and Tamba on the “Oku 10 Okutama Station – Tamba” route, and between “Kosodegawa and Kamozawa Nishi” on the Oku 09 Okutama Station – Kamozawa Nishi route
3. time table
The West Tokyo Bus “Hiking Timetable (Pocket Timetable)” is convenient for checking the times for the routes on which this project is implemented. In addition, you can check the time of each bus stop on “bus-navi.com”.
[Image 4 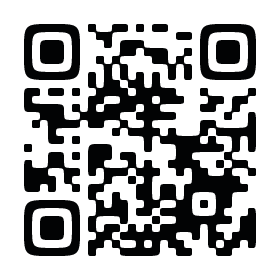 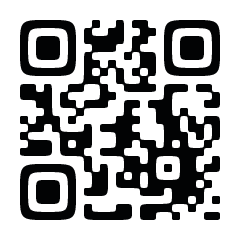 bus-navi.com
4. Contents
・A special stop name guide using original illustrations from a picture book by Mai Tamagawa is displayed on the in-vehicle monitor. ・Broadcast in-car BGM using the original song composed by Mr. ZUN “Nanatsuishi no wolf, run to take the clouds” in some sections ・Provide guidance that includes an introduction to the history and climate of each stop
・Displays a special destination sign (only from Okutama Station at Oku 09 and Oku 10)
5. others
Regarding the operation of the bus, the contents may change depending on road conditions and the infection status of the new coronavirus. Please check our official website for details.
[Reference 1] About Tambayama Village
Tanbayama Village is located in the northeastern part of Yamanashi Prefecture (Kitatsuru District), adjacent to Okutama Town in Tokyo. The Tamba River (Tama River) flows through the center of the village, and it is a mountain village surrounded by steep mountains such as Mt. Kumotori, Mt. Hiryu, and Mt. Daibosatsurei. In the village, you can enjoy day-trip hot springs and mountain delicacies.
[Reference 2] About Mai Tamagawa (stop name guide display drawing) Born in Tokyo in 1997. Self-taught pen drawing. Selected for “The Ueno Royal Museum Grand Prize Exhibition” and “Shinsei Exhibition”. Solo exhibitions and group exhibitions are held mainly at galleries and department stores in Tokyo. “Bungou no Kaidan Junior Selection ‘Death'” (Masao Azuma), “The Spirit of the Mountain: Cologne Does Not Speak” (Junpei Azumi), “September 19th” (Yoichiro Morimizu), “Summer Flowers” ( Kiyoe Kawazu) and other artists.
【Reference 3】 About ZUN
Since the 1990s, he has been exhibiting the PC game “Touhou Series”, which he programmed, drew, and composed himself at Comic Market (a doujin work exhibition), and has become a very popular circle, and continues to present his works to this day. His unique worldview and melody, called “Touhou Project”, has created many fans, especially among the younger generation, and continues to have a great influence on creators around the world.
that’s all
Details about this release:
https://prtimes.jp/main/html/rd/p/000000021.000029805.html One thought on “Nishi Tokyo Bus From Okutama Station to Tamba, the bus will operate with a special stop name guide (illustration by Mai Tamagawa) and in-car BGM (music by ZUN) related to the legend of the wolf!”