For the first time in 11 years, Zojoji Temple (Minato-ku, Tokyo) has opened the top of Sangedatsumon, a nationally designated important cultural property built in 1622, to the public for the first time in 11 years. Also, from October 12th (Wednesday) to 18th (Tuesday), it will be open to the public at night for the first time in 400 years since its construction. You can see the inside of the vermilion Sangedatsumon, which is lit up and appears in the cityscape at night. Furthermore, on Saturday, October 15th, a memorial service will be held to commemorate the 400th anniversary of the building.
Since its construction in 1622, the Daihonzan Zojoji Sangedatsumon has been familiar to many people as the face of Zojoji. While most of the halls of Zojoji have been destroyed by fire due to disasters and war damage, the Sangedatsumon is a nationally designated important cultural property that has existed since the early Edo period. It is also one of the oldest wooden buildings in Tokyo.
On the top of the building, the Shakyamuni Triad and the 16 Rakan statues, which are designated as tangible cultural properties by the capital, are enshrined.In addition to viewing historical Buddhist statues that are not usually seen, if you look outside, you can see the Edo period. You can look out over the streets in front of the gate as the people of
[Image 1 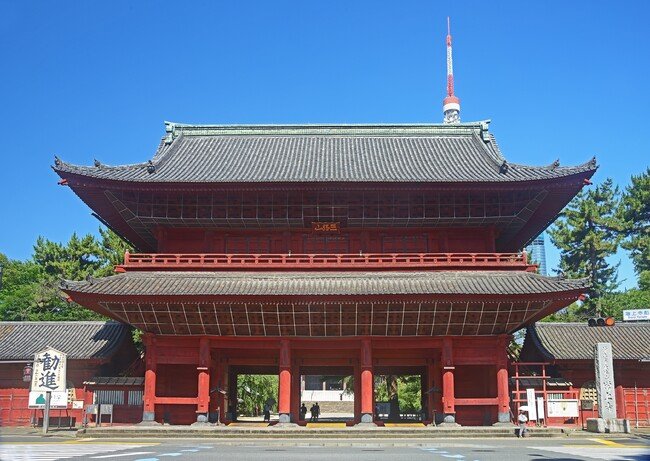 Zojoji Sangedatsumon Gate
Special release for the first time in 11 years
This year, 2022, commemorates the 400th anniversary of the
construction of the Sangedatsumon, and for the first time in 11 years since 2011, the top of the Sangedatsumon is open to the public. Visitors will be presented with a “Shaka Sanzon/16 Arhats Card” with a Buddha statue enshrined on the Sangedatsumon Tower.
❖ [Sangedatsumon Special Opening] Implementation Overview ❖
Period: October 1, 2020 (Sat) to November 27, 2020 (Sun)
*During the period, Tuesdays will be closed to the public.
Time: 10:00 am to 4:30 pm (last entry at 4:00 pm)
How to visit: Pay the admission fee inside Sangedatsumon and go up to the top of the building.
Admission fee: 1,000 yen for adults, 500 yen for middle and high school students, and free for elementary school students and younger [Image 2 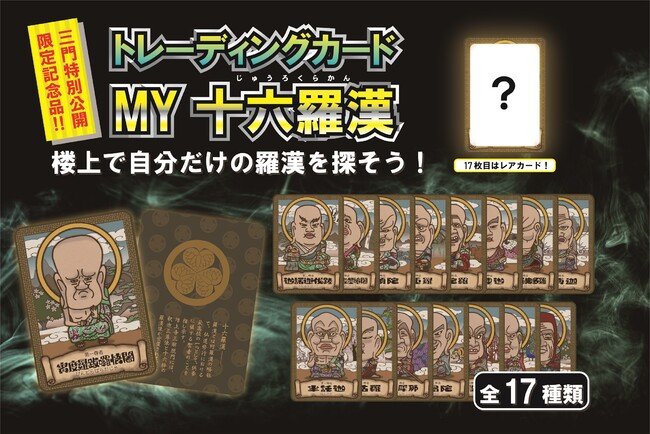 Shakyamuni Triad and 16 Rakan Cards
The first nighttime exhibition in history
The Sangedatsumon is lit up during the special opening, and you can see a fantastic sight of the vermilion Sangedatsumon emerging from the cityscape of central Tokyo at night.
In particular, during the following period, it will be open to the public at night for the first time since the construction of Sangedatsumon. At nighttime, you can see the state of the
Sangedatsumon Tower, which is different from the daytime.
❖ [Opening at night] Implementation overview ❖
Period: October 12, 2020 (Wednesday) to October 18, 2020 (Tuesday) Time: 5:30pm to 9:00pm (Last admission 8:45pm)
Admission fee: 1,500 yen for adults, free for elementary school students and younger
[Image 4 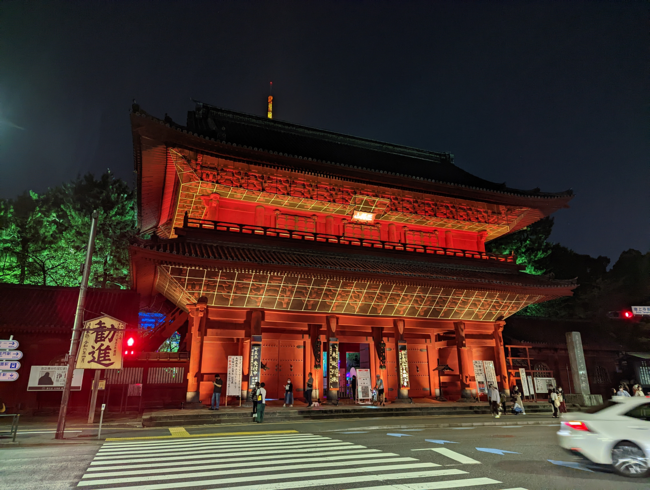