Seitosha Co., Ltd. (Bunkyo-ku, Tokyo; Representative Director: Kazunori Wakamatsu), which produces and sells publications, announced on October 11, 2022, “○ × Manga will help you understand how to deal with dementia. Tara” will be released. Introduces the world that people with dementia see, why they act, and the inside of their hearts through manga and detailed explanations. Supervised by Dr. Shinichi Sato, a dementia psychology expert and professor emeritus at Osaka University. The manga was handled by Nekomaki, known for “Cat and Grandpa (KADOKAWA)”. In addition, Yoshikazu Ebisu, who has announced that he himself has dementia, and Yuka, his wife who supports his life, have recommended the obi.
Why dementia with manga and commentary? I understand!
[Image 1 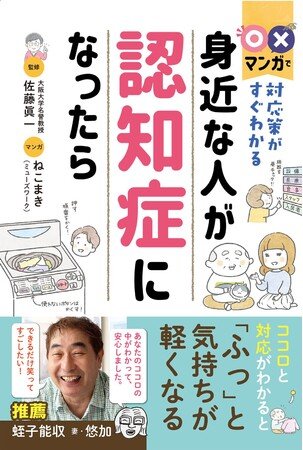 “When someone close to you has dementia, you can immediately understand how to deal with it with ○× manga” introduces the world and behaviors that people with dementia see, why they see it, and how to deal with the surroundings through manga and detailed explanations. It is a book to do. Supervised by Dr. Shinichi Sato, a dementia psychology expert and professor emeritus at Osaka University. Nekomaki, who is known for “Neko to Ji-chan (KADOKAWA)”, was in charge of the manga that introduces the behavioral cases of people with dementia.
Based on a manga depicting a grandfather diagnosed with dementia and his family, this book carefully explains the “why?” of the behavior of people with dementia. We introduce the NG response that families tend to do and the correct way to deal with it.
For example, it is common for people with dementia to be unable to use electrical appliances.
In this book, we introduce specific countermeasures that can be solved by ingenuity, such as hiding buttons that are not used with packing tape or putting stickers next to buttons that indicate the order in which they are pressed.
[Image 2 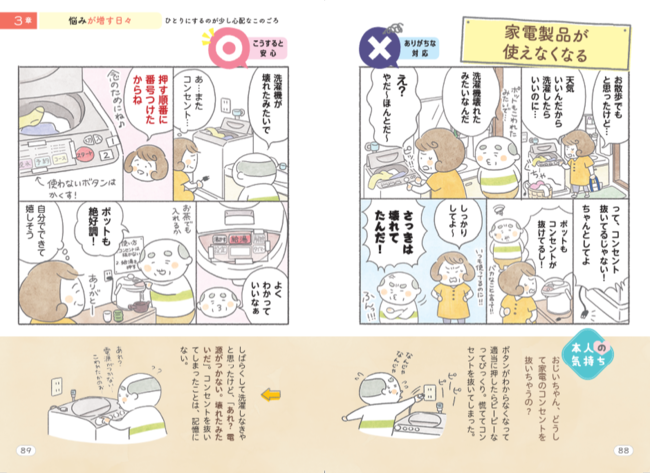 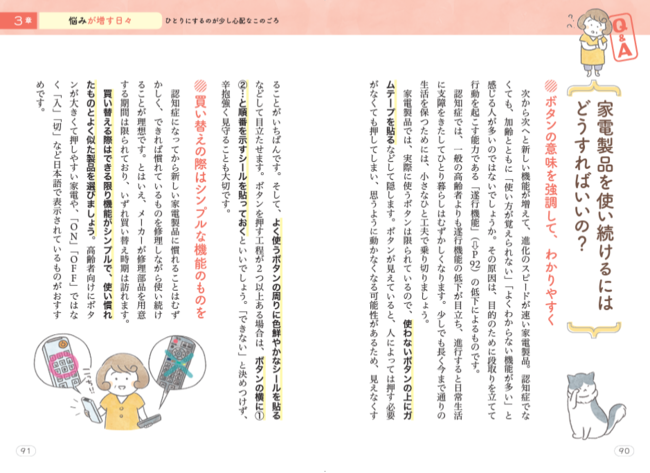 On top of that, it explains in an easy-to-understand manner that such cases occur due to the decline of the “executive function” to make arrangements and carry out things.
[Image 4 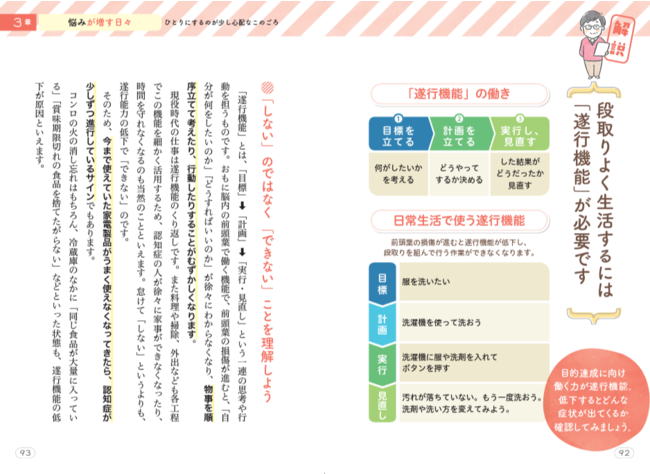 In addition, we take up common cases such as “wearing a sweater in the middle of summer”, “hate changing clothes and bathing”, “going out alone and getting lost”, etc. Manga introduces countermeasures that can reduce the burden.
Yoshikazu Ebisu, who is a person with dementia, also recommended it! Readers commented that “Anxiety has eased”
In publishing this book, we received recommendation comments from Mr. Yoshikazu Ebisu, who has announced that he himself is a dementia sufferer, and his wife, Yuka, who supports his life.
“I want to spend my time laughing as much as possible! (Hiruko-san)” “I was relieved to read the book and understand what’s in my heart (Mr. Yuka)” In addition, many comments from caregivers have been received on the book trial reading site Net Gallery. I will introduce some excerpts. “It is easy to read because both bad and good examples of how to respond are written. There is also a 4-panel manga format, so you can easily imagine it.”
“The experiences of people who are caring for me are helpful, and the information about places that can help me when I’m in trouble has eased my anxiety.”
Even those who are busy with nursing care can read it quickly, but they can understand what they need. Irritation, anxiety, and self-loathing while nursing care… This is a book that will also eliminate such worries.
[Outline of this book]
■ Title: ○ × Manga to quickly understand countermeasures If someone close to you has dementia
■ Supervision: Shinichi Sato
■ Publisher: Seitosha
■ Price: 1430 yen (tax included)
Format / number of pages: 46 variations / 224
■Company profile
Trade name: Seitosha Co., Ltd.
Representative: Kazunori Wakamatsu, Representative Director
Location: 2-3-13 Yushima, Bunkyo-ku, Tokyo 113-0034
Business: Production and sales of books, pamphlets, electronic publications, etc.
URL: http://www.seitosha.co.jp/
■ Inquiries regarding this matter
Company name: Seitosha Co., Ltd. Contact person: Tsuge TEL: 03-5800-3120 Email: media@seitosha.co.jp