【Score】
[Fukuoka] 78-87 [Ehime]
1st 18-23
2nd 9-22
3rd 25-19
4th 26-23
[Battle commentary]
In Fukuoka’s home opening game, #23 Harris started the game with a jump shot, and #32 Gordon hit an alley-oop with Harris’ assist to get the rhythm in the early stages. Fukuoka wanted to extend their lead as it was, but they were unable to stop Ehime’s offense centered on the inside, and gradually lost the lead. Even so, #7 Grin’s consecutive 3-point shots and #6 Otsuka’s goal narrowed the point difference, but Ehime scored an outside shot at a key point, finishing the first quarter behind by five points. Even in the 2nd quarter, the offense will be assembled around #7 Grin, and the flow will be drawn. He stole a steal from a fierce defense and set a fast break, but it didn’t lead to a goal and gradually lost the lead. Fukuoka, unable to find the tempo, continued to have a tough time, unable to break down Ehime’s defense and gave up a large lead at the end of the first half. [Image 1 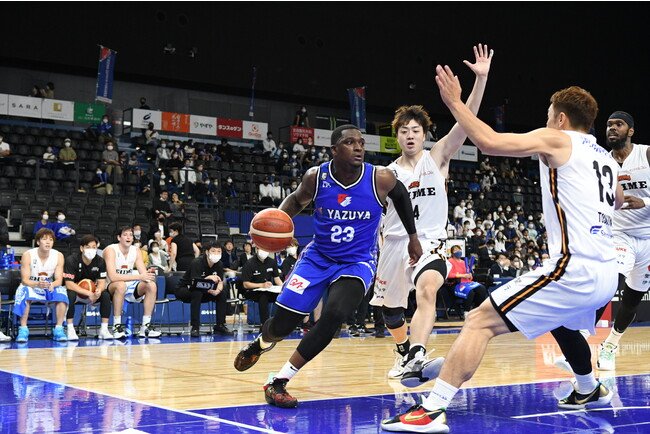 In the second half, #23 Harris raised his gear and gradually created a rhythm with his performances in both offense and defense. Even so, Ehime’s outside shots, which were performing well throughout the match, effectively scored, leading to a back-and-forth offense and defense going into the final Q. Fukuoka grabbed the rhythm, and #7 Grin’s basket count was decided, and #16 Ishii and #23 took the initiative. Harris steals from the defense and finally catches up to five points. Immediately after that, #23 Harris was called for the fourth foul, and the tide turned to Ehime. Fukuoka, who wants to catch up, #1 Abe made a 3-point shot from a steal and narrowed it down to 7 points, but they couldn’t regain the behind in the first half and lost the home opening game by a narrow margin.
[Image 2 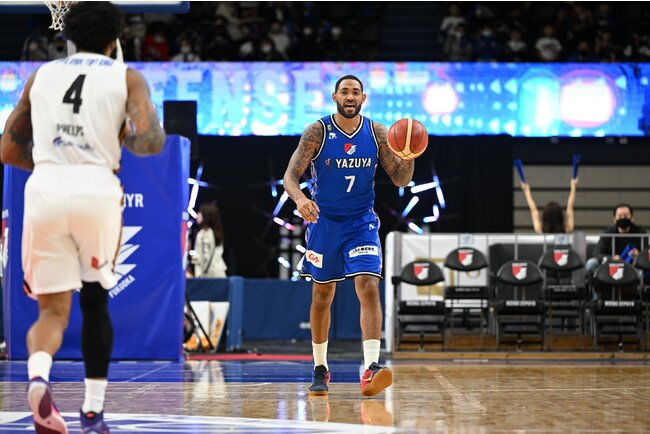 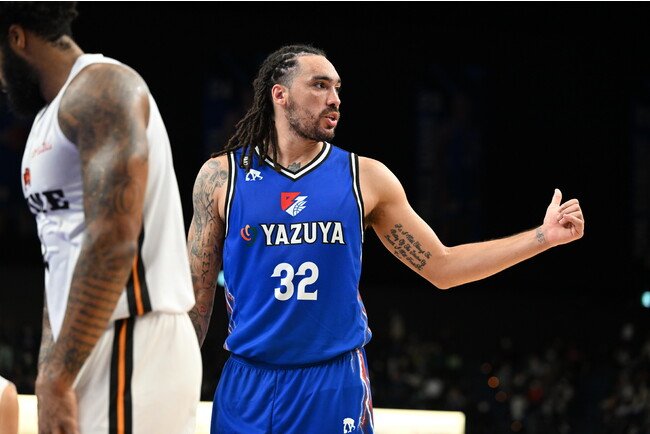 [Head coach comment]
Ehime played a great basket in the first half. We weren’t able to play well in the first half because they played with a lot of energy, and I think it turned out to be different from the first half and the second half. In the second half, we changed our minds and played a different game. However, when the point difference was narrowed, Ehime’s high quality basketball was pushed away. Unfortunately, I think the reason why we couldn’t turn the game around was because of our behind in the first half. However, I was able to fight in the second half with good shape and air by playing tough in defense and defending with a full court. Finally, while Harris and Jordan led the team, we’ll need others stepping up. I think we need people who can demonstrate leadership in the mental part as well. From today’s fight tomorrow, I think I can do a better way to fight the next week.