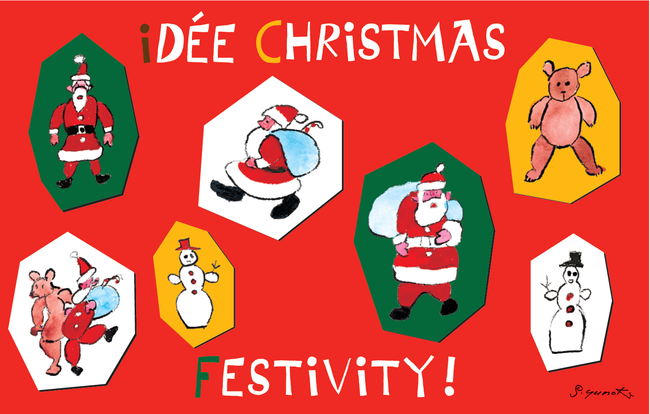 Ryohin Keikaku Co., Ltd. (Toshima-ku, Tokyo/President: Nobuo Domae), which develops IDEE, has launched the “SAMIRO YUNOKI x IDEE CHRISTMAS ‘FESTIVITY! ” will be held at all Idee shops from November 4th (Friday) to December 25th (Sunday). We sell IDEE-limited stencil dyeing tapestries, mobiles, and Christmas ornaments using designs by Mr. Yunoki.
In addition, we will sell a limited number of original furniture, lighting, and cushion covers designed by Mr. Yunoki. In addition, during the period, we will sell IDEE original Christmas decoration items and limited items recommended for gifts.
Christmas 2022 is coming soon. It’s the season when you want to make your room a comfortable space and spend more time with your precious family and friends, or by yourself. Celebration = “FESTIVITY!” We would like to celebrate Mr. Yunoki’s 100th anniversary and this year’s Christmas with everyone, and we would like to make it an opportunity for you to experience the “Life in Art” proposed by IDEE. [Image 2 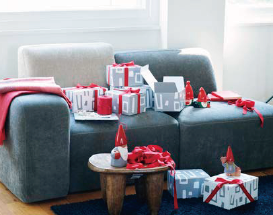 * The gift box (charged) is a “block” designed by Mr. Yunoki for the idea. Printed pattern. We will wrap a precious present for you.
*For those who purchase a gift during the period, we will also include a limited number of Christmas-only stickers. (ends as soon as it runs out)

Item expansion
“Tree of Life (stencil dyeing tapestry / tree of life)”
110,000 yen (tax included) / limited to 100
Mr. Yunoki’s original painting is produced as a tapestry at the stencil dyeing workshop Takada. The colorful tapestry is a Christmas tree
Even if you decorate it on the wall instead of Lee.
Stencil Dye Studio Takada: Mr. Masahiko Takada, who trained as an apprentice under Keisuke Serizawa for many years, later opened a studio in Yugawara and became independent. Currently, the eldest son, Mr. Chota Takada, takes over the second generation of the stencil dyeing studio Takada.
[Image 3

“Festivity Mobile”
7,810 yen (tax included)
Art of Christmas motifs such as Santa Claus and snowman drawn by Mr. Yunoki for this Christmas
We made the work mobile.
A lovely mobile that looks like the swaying Santas are dancing lively. [Image 4

“Festive Ornament”
1,760 yen (tax included) / set of 7
Similar to the mobile, ornaments printed with artwork such as Santa Claus and snowmen drawn by Mr. Yuzuki this time. You can decorate it on the Christmas tree or write a message on the back, so we recommend giving it as a gift.
[Image 5 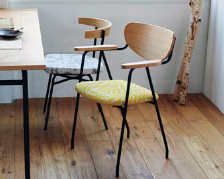 “AIL VASE LAMP” Alphabet/Zebra 29,900 yen (tax included)
It is a limited-edition product with a pattern-printed fabric on the shade of Idea’s original IU base lamp. I made the base white to make the print stand out. Limited to 100 each.
[Image 8 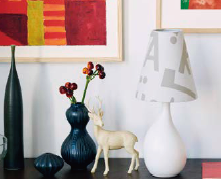 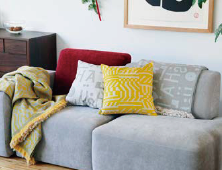 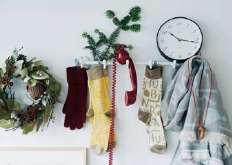 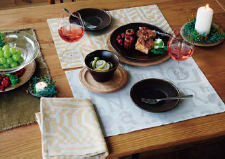 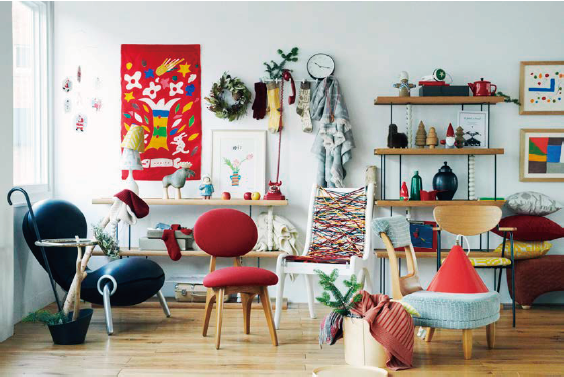