The Shonan Bellmare Futsal Club went to donate clothing to a children’s home in Odawara City – Cradle Garden – as part of the Chance & Empowerment project.
Regarding this project, I had the opportunity to talk with the staff working at Yurikagoen, and heard that they were having trouble with the lack of clothes for the children.
Until now, there have been times when we have received second-hand clothes, but now, due to the corona crisis, new items are recommended to avoid watching the game, and the shortage of clothes has become an issue.
After receiving this offer, I searched for a way to send new clothes to Goleador, the official supplier.
In the midst of discussions, we prepared to stock about 50 new clothes for about 50 people, along with the disposal problem of the clothes that did not reach the purchase.
Super Dealer Kato, who cooperated in transporting the clothing, also provided funding, and we were able to give away accessories such as balls and bags.
[Image 1 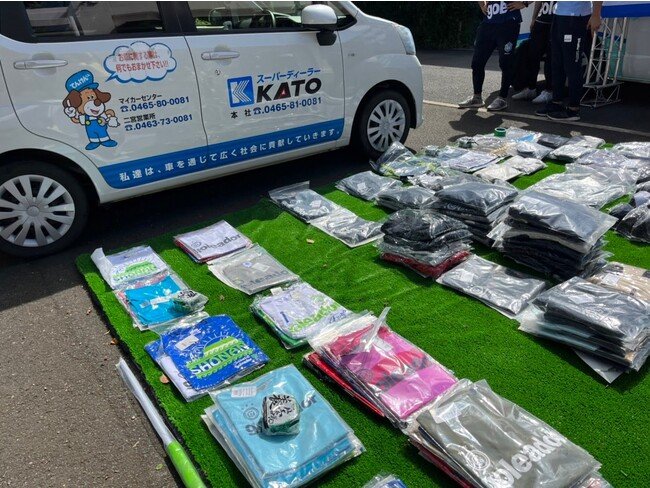 Several players and staff members from the club also participated and chose clothing with the children.
[Image 2

Besides this project
Comment from Shinya Sato, President and Representative Director Thanks to various connections and partners, we were able to carry out this project.
I am happy that I was able to spend such a bright and wonderful time. I have learned and understood new things through this relationship. One is that there are not only clothing but also cosmetics and beauty products that are difficult to obtain, so we would like to find manufacturers and companies that can cooperate with us and deliver them in the same way.
The other was that I wanted to create a relationship where the children would blend in with each other as peers living in the same area, rather than shutting them off from the general public. In addition to the system of adoption, I learned that there are other systems such as a foster parent system and a system where a child is placed in a home for a few days, such as during the school summer vacation.
So, I would like to send out issues, systems, etc., and I would like to visit regularly with my brothers and sisters who live in the neighborhood.