Whom it may concern
Teichiku Entertainment Co., Ltd.
The Dohatsu Day performance of Dohatsuten has ended successfully this year! The new song “1,000,000 times Yarrow” will also be unveiled for the first time!

I don’t know who said it, but October 20th is Dohatsu Day. For the past 10 years, Dohatsuten has performed a special one-man live every time. This year’s venue is Uguisudani Dance Hall New Century. It will be the first time for them as well.
Red and gold drape curtains on the stage. Lights like the Milky Way on the ceiling. One side of the wall was covered with mirrors, so the sound echoed badly on the previous day’s performance, but on this day, the rehearsal time was shortened and the sound was thoroughly improved. It starts with turning the giant disco ball on the floor after bringing it to perfect conditions.
[Image 1 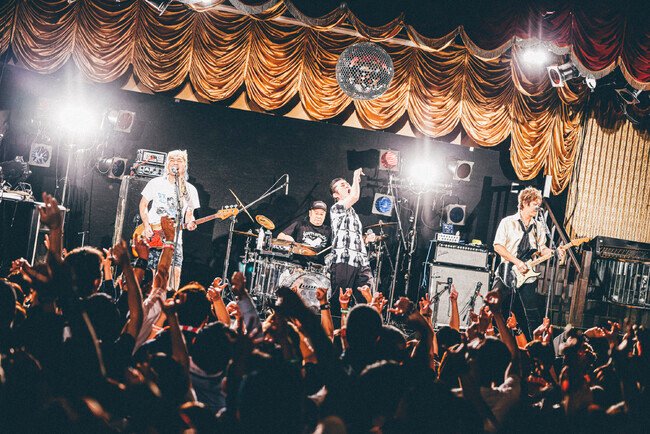 “Welcome!” It’s the line that Naozumi Masuko speaks at the opening, but the reason why the same line appeared four times before the end of the opening songs was that the “Guidelines for Preventing the Spread of New Coronavirus Infection” were revised a few days ago. That would be a big deal, too. Although it is conditional, it is OK to speak out, and about 40% of calls and responses are OK. The excitement of songs such as “Sake Fuel Bakushinkyoku” and “GREAT NUMBER” is tremendous. By the time the 4th song, “Jakajaan! Boom Boom! Don Doko! Yay!” Tomoyasu Uehara’s guitar (Jakajah!), Taiji Shimizu’s bass (Boom Boom!), Katsuhiko Sakazume’s drums (Dondoko!), and Naozumi Masuko’s vocals (Yeah!) Finished. We are doing the same thing. However, the fact that the range of their songs is unusually wide, and the fact that every time there is a song that hits your knees like, “Is there such a good song or such a strange song?! .
“Salvation Hill” (published in 1995), which combines Hawaiian and blues, “Time Rich Man” (published in 2020), which forcibly connects mustache dance and musicals, and the rock number “Mushikera Boom Boom,” whose story begins with Kafka’s novel ( 2005) are lined up without discomfort. We can enjoy our history like shuffling playlists, and we have nothing to hide. The confidence in his career is now an original that cannot be imitated. Except for the MC time, the play that continues quite stoically is also an attraction that I would like to mention again.
[Image 2 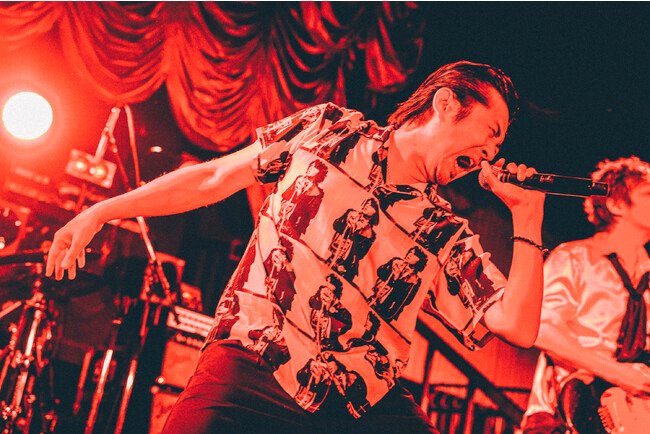 After making me cry with the 1999 masterpiece “Samurai Blue”, I went to the latest song “1 million 1 times Yarrow”. The chorus that sings “Gowasande negaimashiteha” is familiar to the Showa generation who learned the abacus at school, but it’s not heard anymore. If you look closely at the floor, there are about 20% of the young people who seem to have no connection with the abacus. Still everyone sings and sings. Don’t give up, don’t get discouraged, and stand up again and again even if everything goes haywire. -Gowasande-, filled with such an attitude of angry hair, sounded like a fresh catchphrase for this era. The last song is the samba-like “Seva na Severana”. Masuko in a red happi coat broke her face on the balcony of the substage. Just fun. However, there is a powerful message in the song – live properly, it’s a promise -. I can’t laugh unless I’m alive At the end, Masuko took the initiative to say, “Let me hear it!”, and there was a scene where a small but sure voice of la la la resounded at a conversational level that followed the guidelines. “Thank you so much, it was worth the wait”, “There are still many songs I want to sing with you”, Masuko laughed with tears in her eyes, and the reliable hope of someone in her 50s was overflowing.
[Image 3 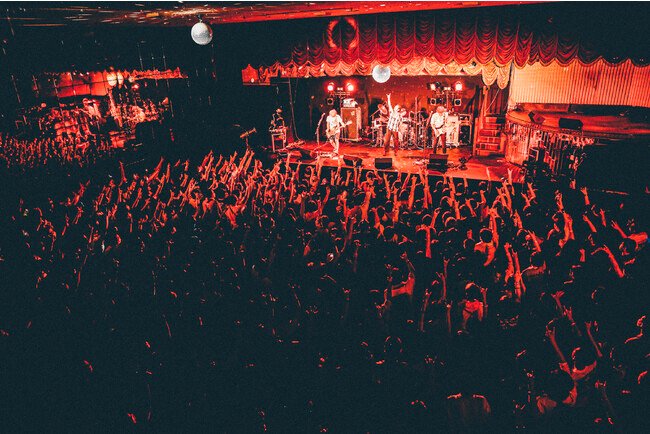