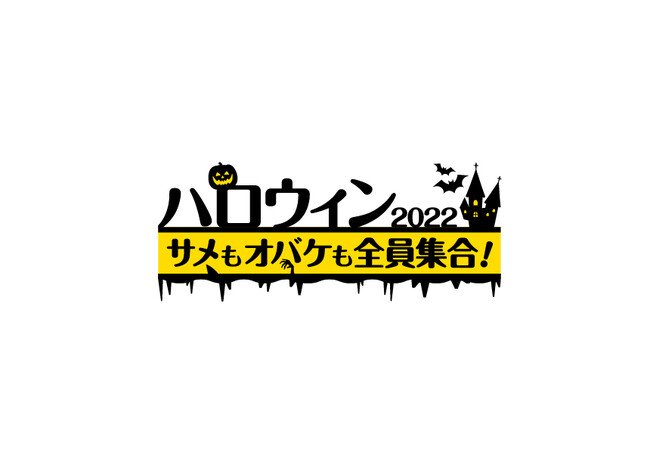 October 31st is the annual big event -Halloween-.
At The Cinema, from scary but laughable movies to really scary movies, We will feature movies that add a festive mood to the mystery. Let’s find your favorite book!
Mysterious things that happen on Halloween night…
A unique horror youth movie “Donnie Darko”, which attracted a lot of attention at the Sundance Film Festival and gained cult popularity, Horror “Dark Skies” produced by Jason Blum of the “Paranormal Activity” series, We will deliver 13 works, including the ocean panic horror series “47m Under the Sea” depicting the terror of attacking man-eating sharks. Feature page: https://www.thecinema.jp/tag/368
《Broadcast work information》
[Image 2 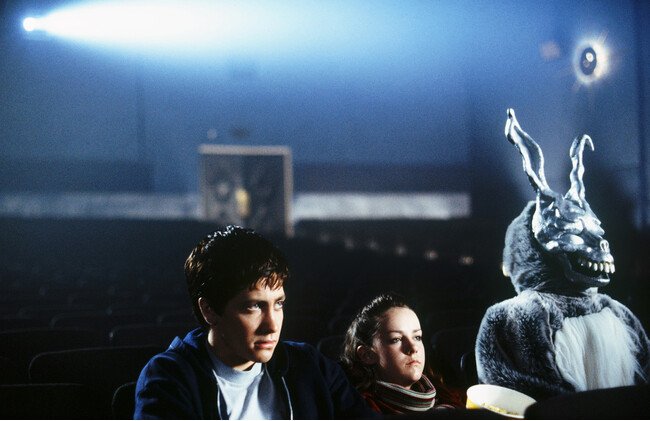 ● “Donnie Darko” ★I want to see it for Halloween! horror movie Broadcast date: October 31 (Monday) 12:30-
[PG-12] A unique coming-of-age movie that attracted a lot of attention at the Sundance Film Festival and created many enthusiasts across the United States.
-Synopsis-
1988, Massachusetts, USA. One night, a silver rabbit appears in front of high school student Donnie Darko and tells him that the world will end in 28 days, 6 hours, 42 minutes and 12 seconds. The next morning, Donny wakes up at a nearby golf course with the words “28.06.42.12” on his arm. When I got home, the engine of the jet plane fell into my room and hit it directly. Donnie narrowly escapes death, although it is incomprehensible. From that day on, mysterious events began to occur one after another around him.
[Image 3 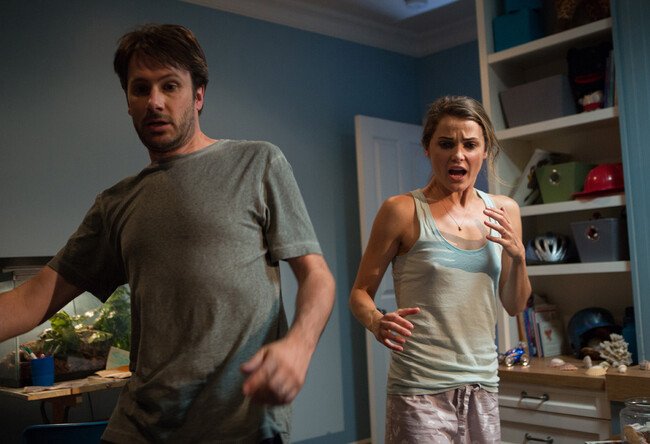 – [Dark Skies]
Broadcast date: October 31 (Monday) 17: 00 ~
Mysterious phenomenon that attacks a certain family in sequence…What is the identity of the shock?
Horror from master of terror Jason Blum
-Synopsis-
Daniel, who lost his job due to the recession, was raising two children in a suburban residential area, relying on the income of his wife Lacey, who works at a real estate company. One day, there are traces of someone breaking into the house, and strange phenomena begin to occur. Sensing something in the middle of the night, Daniel installs a surveillance camera in his house to confirm its identity, but the footage is disturbed and the truth remains unknown. After that, the mysterious phenomenon does not subside at all, and the family is gradually driven into a corner.
[Image 4 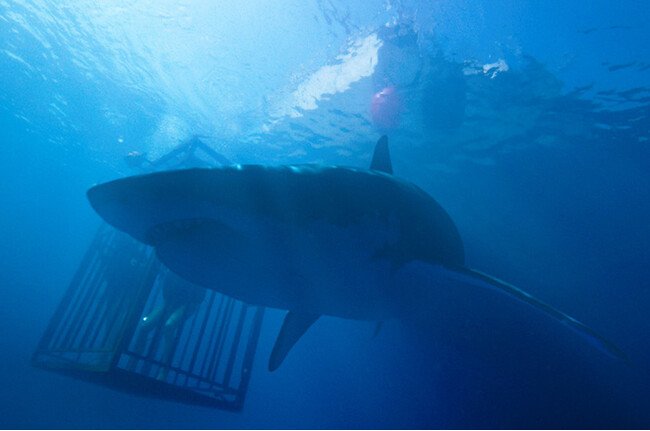 ● “Seabed 47m”
Broadcast date: October 30th (Sun) 19: 15 ~
A man-eating shark approaches the sisters trapped in a cage on the bottom of the sea! A deep-sea panic thriller depicting fear with no escape
-Synopsis-
Kate decides to spend a vacation in Mexico with her broken-hearted sister, Lisa, to heal her emotional wounds. The two are invited by a man they met there to go “shark cage diving,” where they enter a cage submerged in the sea and watch sharks. The sisters get on the cage with the lively Kate pushing through, and get excited about the shark approaching in the sea at a depth of 5m. However, the wire connected to the ship on the water suddenly cuts, and the cage falls to the bottom of the sea at a depth of 47m where radio communication is not possible.
[Image 5 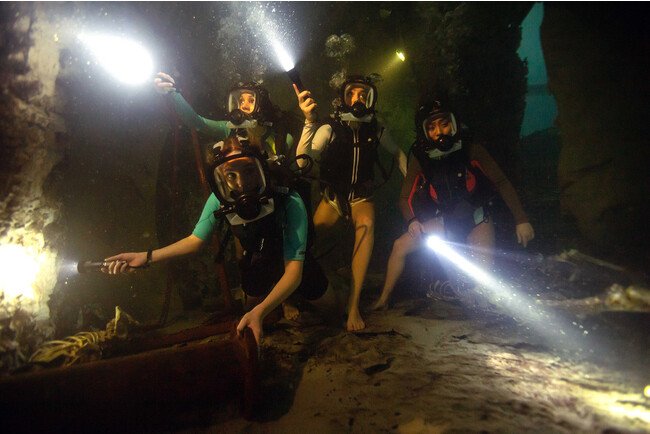 ● 47m under the sea, the labyrinth of death of the ancient Maya Broadcast date: October 30th (Sun) 21: 00 ~
High school girls experience fear in an undersea cave where ruins sleep! Panic movie series 2 depicting the ferocity of man-eating sharks -Synopsis-
Yucatan Peninsula of Mexico. Mia and Sasha became sisters after their parents remarried, but they had a bad relationship. One day, at the suggestion of their archaeologist father, Mia and Sasha decide to participate in a tour to see sharks from inside the ship. On the day of the trip, the two of them, waiting for departure at the reception, meet friends by chance and are invited to cave diving to an undersea cave where ancient Mayan ruins sleep. When the two escaped from the tour and were enjoying exploring the cave, they encountered a huge man-eating shark.
[Image 6 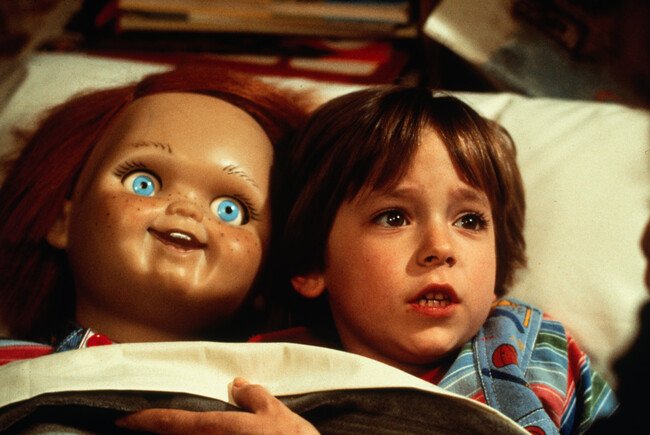 ● “Child’s Play (1988)”
Broadcast date: October 30th (Sun) 22: 45 ~
Killer doll Chucky plunges mother and child into the depths of terror! Shocking horror that shook the world
-Synopsis-
Hunted down by detectives, serial killer Charles Lee Ray escapes to a toy store after being left behind by his friends. After being fatally wounded in the shootout, Charles vows revenge and kills himself by casting a spell on a doll beside him. A few days later, the doll given to Andy on his 6th birthday contains the evil soul of a killer! After that, bizarre incidents begin to occur around Andy, such as Maggie, who was babysitter, falling to her death.
[Image 7 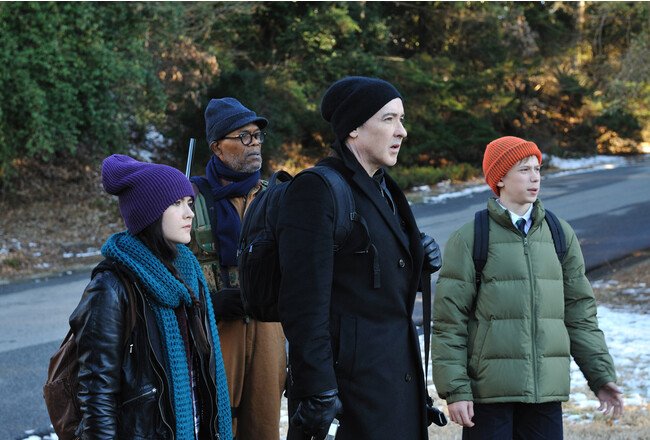 ● “Cell”
Broadcast date: Sunday, October 30, midnight 0:30-
[PG12] Using a mobile phone makes you violent! Panic horror film based on Stephen King’s horror novel
-Synopsis-
Comic artist Clay arrives at the Boston airport and tries to talk to his wife and children, who are living separately, on his mobile phone, but the battery runs out and the call cuts off. When I was forced to use a public phone, the people around me suddenly became violent and I immediately panicked. Clay, who escaped from the airport with the survivors, evacuated to the subway station and escaped to the ground with the help of the black conductor Tom. While being careful not to be attacked by mob people, I head for New Hampshire where my wife and children are.
[Image 8 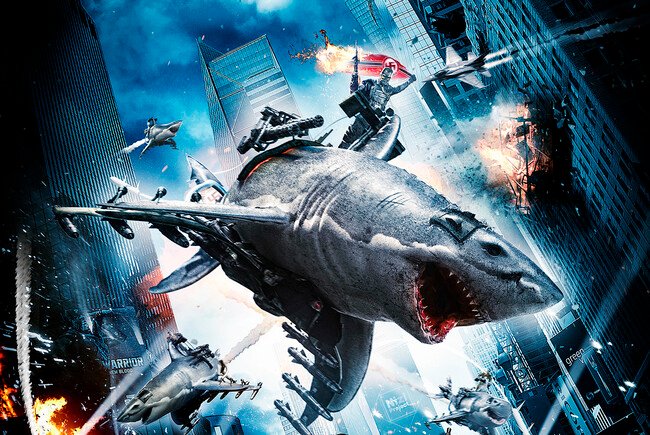 ● [Sky Shark]
Broadcast date: October 30th (Sun) midnight 2:30-
[R15 equivalent] Nazi zombie army controls flying jet sharks! The most crazy sci-fi panic action full of evil glue
-Synopsis-
During World War II, Nazi Germany created an immortal corps with a new drug that revived the dead, and also tried to create an air weapon “Sky Shark” with genetic modification, but the plan was derailed due to the deterioration of the war situation. and now. Zombies in Nazi uniforms commandeer Sky Sharks and attack a plane, killing passengers and crew. While the world is in panic, Dr. Richter, who was involved in the development of a new drug 70 years ago, and his two daughters try to counter the Nazis with a new zombie plan.
[Image 9 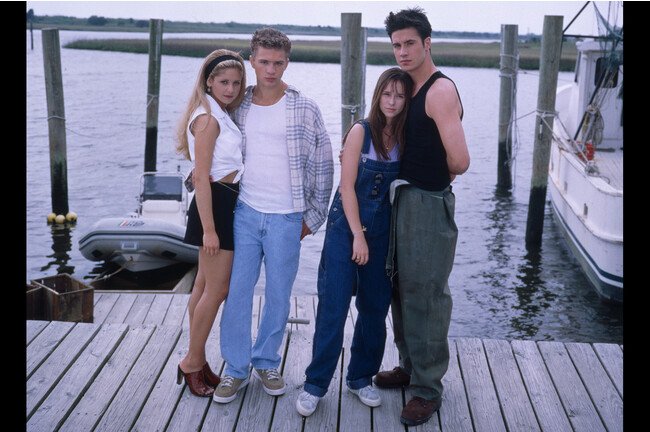 ● [Last Summer]
Broadcast date: October 31st (Monday) 8:30-
An epoch-making masterpiece horror that revived the genre of “scream horror” in the 90’s
-Synopsis-
On Independence Day, four classmates Julie, Ray, and Barry enjoy a night drive to congratulate Helen on winning the Queen Contest. On the way home, he suddenly hits a man who jumps out in front of the car. In a hurry, the four threw the body into the sea and made a firm promise to keep it a secret. However, one year later, they receive a mysterious letter from a person who claims to know about the incident. [Image 10 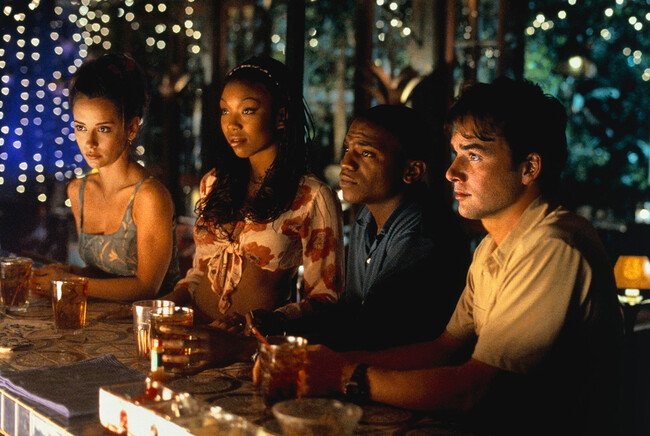 ● [Last Summer 2]
Broadcast date: October 31 (Monday) 10: 30 ~
[PG-12] A popular movie starring “Queen of Horror” Jennifer Love Hewitt, again! -Synopsis-
A year has passed since the horror of the previous work… Julie is still frightened by the incident. There, he is invited by his roommate, Carla, to travel to the Bahamas as a pastime. Each lover and four people were scheduled to leave, but Julie’s lover Ray is attacked by someone before he leaves! Julie and the others leave after giving up on him not appearing. Unaware that a new horror awaits on the island of the storm…
[Image 11 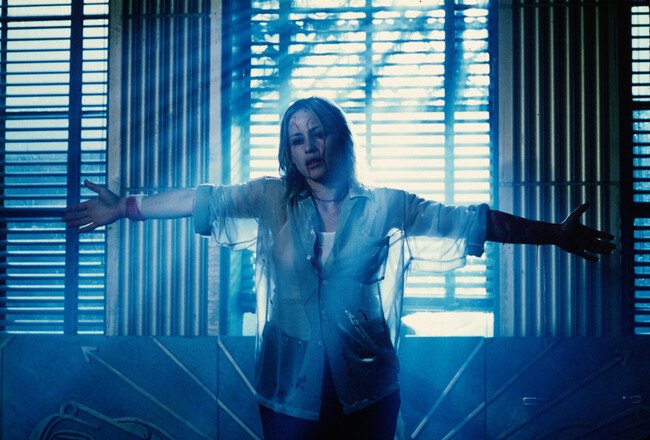 ● [Stigmata / Stigmata]
Broadcast date: October 31 (Monday) 15: 00 ~
An occult film about the “stigmata phenomenon” that causes scratches on both wrists for no reason, as if they had been punched with a nail. -Synopsis-
In Brazil, a statue of Mary began crying blood shortly after a priest died. Father Andrew, who was dispatched from the Vatican to
investigate, then went to America to investigate Frankie, a beautician who had “stigmata” on both wrists. Andrew decides that the miracle of “stigmata” cannot happen to her who has no faith. However, the priest who died in Brazil had his cross stolen, and now the cross has become Frankie’s.
[Image 12 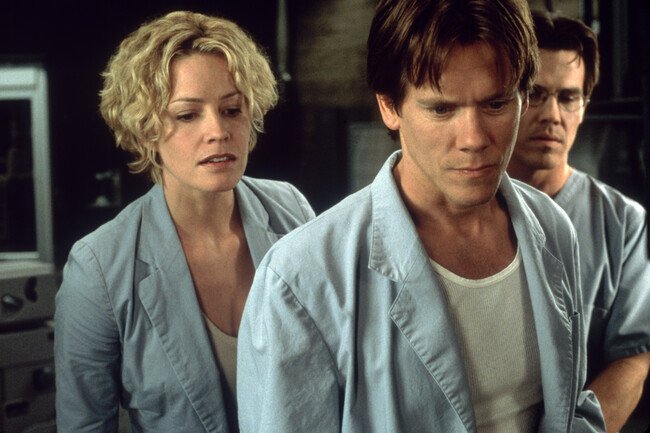 – [Invisible (2000)]
Broadcast date: October 31st (Monday) 19:00-etc.
[PG-12]Invisible man of the new century is born with state-of-the-art VFX! Sci-fi horror directed by the genius Paul Verhoeven
-Synopsis-
Scientist Sebastian, who leads a top-secret project to make humans transparent, was working hard at an underground facility with his ex-lover Linda. Although I was able to invent a serum that makes living things transparent, I can’t find a way to return them to their original state. One day, Sebastian, who finally found a way to restore it, becomes a subject for human experiments. However, after becoming invisible, he drinks the serum of visualization, but he cannot return to normal. Sebastian, who has fallen into a panic with impatience, goes out of control.
[Image 13 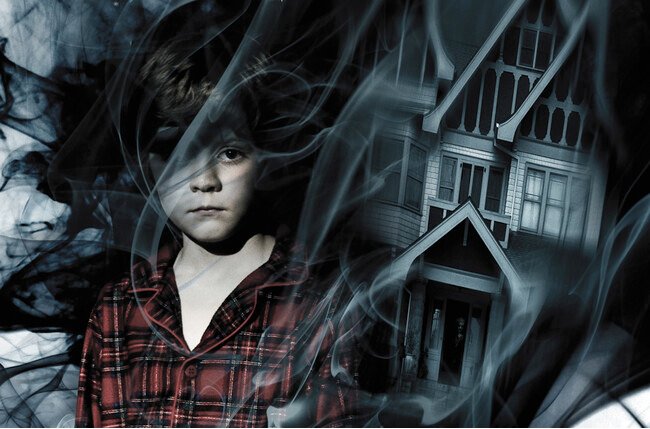 ● [Insidious]
Broadcast date: October 31 (Monday) 23: 00 ~
An evil presence approaches an ordinary family! Saw Director James Wan’s “Haunted House” Horror
-Synopsis-
Josh and Rene move into a house with their three children to start a new life. However, soon after moving in, a series of eerie phenomena occur, and the eldest son Dalton suddenly falls into a coma. Even after switching to home treatment without knowing the cause at the hospital, abnormal phenomena occur again, such as someone visiting the bedroom in the middle of the night. Convinced that the house is cursed, the couple move to a new house, but the situation remains the same. So Josh’s mother summons a psychic acquaintance.
[Image 14 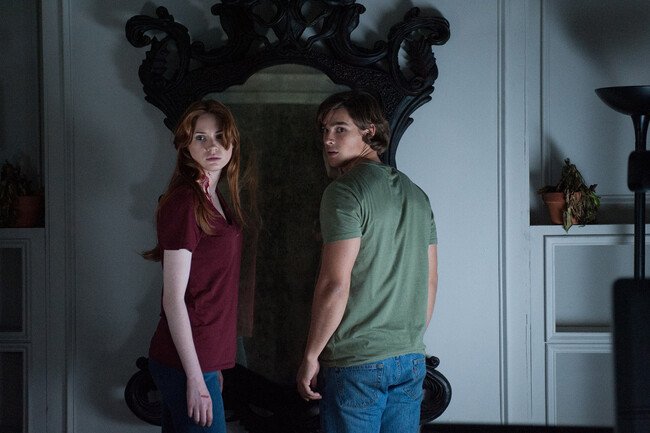 ● [Oculus / Vengeful Mirror]
Broadcast date: October 31st (Mon) midnight 1:00~
[R15+] The terror of the cursed mirror attacks the siblings! Suspense horror where fantasy and reality intertwine thrillingly
-Synopsis-
A gruesome incident occurs in which the father of the family who moved to the new house murders the mother, and the father is shot to death. 11 years later. His older sister, Kaylee, warmly welcomes his son Tim, who was sent to a psychiatric hospital on suspicion of murdering his father and is being treated, to leave the hospital. Kayleigh thinks that the mirror in the house is the culprit, and plans to break the mirror and breaks into her former home with Tim. When Kaylee turns the camera around and begins to talk about the mirror’s past, which she herself investigated, the magic of the mirror strengthens and the two are at the mercy of the two.
“Donnie Darko” (C) 2001 PANDORA INC. ALL RIGHTS RESERVED. “Dark Skies” (C) 2013 ALLIANCE FILMS (UK) DARK SKIES LIMITED All Rights Reserved. “Undersea 47m” (C) 47 DOWN LTD 2016, ALL RIGHTS RESERVED “47m Undersea Labyrinth of Ancient Maya” (C) THE FYZZ FACILITY FILM 11 LTD “Child’s Play (1988)” (C) 1988 Metro-Goldwyn-Mayer Studios Inc. All Rights Reserved. “Cell” (C ) 2014 CELL Film Holdings, LLC. ALL RIGHTS RESERVED. “Sky Shark” (C) 2020 Fusebox Films GmbH “Last Summer” (C) 1997 Mandalay Entertainment. All Rights Reserved. “Last Summer 2” (C) 1998 Global Entertainment Productions GmbH & Co. Medien KG and SPE German Finance Co. Inc. All Rights Reserved. “Stigmata/Stigmata” (C) 1999 Metro-Goldwyn-Mayer Pictures Inc. All Rights Reserved. “Invisible (2000)” (C) 2000 Global Entertainment Productions GmbH & Co. Movie KG. All Rights Reserved. “Insidious” (C) 2010 ALLIANCE FILMS (UK) LIMITED, ALL RIGHTS RESERVED. “Oculus” (C) 2013 Lasser Productions, LLC. 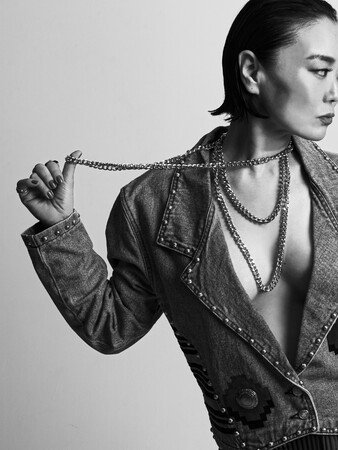