The Cloakroom Co., Ltd.
Women’s order tailoring coupons are now available as a return gift for the popular hometown tax payment! Tailor tickets for women’s suits have appeared at Furusato Nozei, a high-class tailor in Ginza and a long-established sewing factory in Kujukuri-machi, which has won the first place in the popularity ranking.
Overcoming the corona disaster and becoming a more valuable service
The Cloak Room’s “Furusato Tax Payment Tailoring Ticket”, which has gained support from the wealthy and has won the first place in the popularity ranking provided by a long-established sewing factory in Kujukuri Town, Chiba Prefecture and a high-end tailor in Ginza, which has been in business for over 90 years, is “ladies’ order”. Tailor ticket” appeared. We responded to the growing demand of female executives by improving the gender balance.
(Furusato Choice, Chiba Prefecture, fashion, clothing category, totaled on September 21)
[Image 1 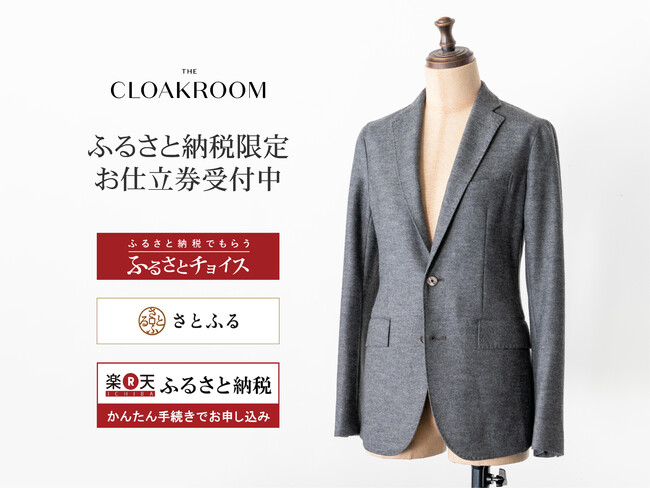 Women’s items are newly added to the popular ranking No. 1 return gift Kujukuri-machi’s sewing factory “Atelier Form”, which has been very popular since its launch in 2021, and Ginza “The Cloakroom” have collaborated on “Furusato Tax Payment Tailoring Ticket”, and a new “Ladies’ Order Tailoring Ticket” has appeared. Satofuru, Furusato Choice, and Rakuten Furusato Nozei have started accepting
applications.
Demands from an increasing number of women
Recently, more and more women are being appointed as officers from the perspective of gender balance. In response to such requests, we have started offering “ladies’ order tailoring tickets” as return gifts for Kujukuri Town’s hometown tax donation.
Luxury order salon for celebrities
The Cloak Room is a hideaway custom-made salon (tailor) popular with wealthy people in Ginza. High quality made in Japan and stylish and beautiful silhouettes are highly supported by business owners, celebrities, and athletes.
[Image 2 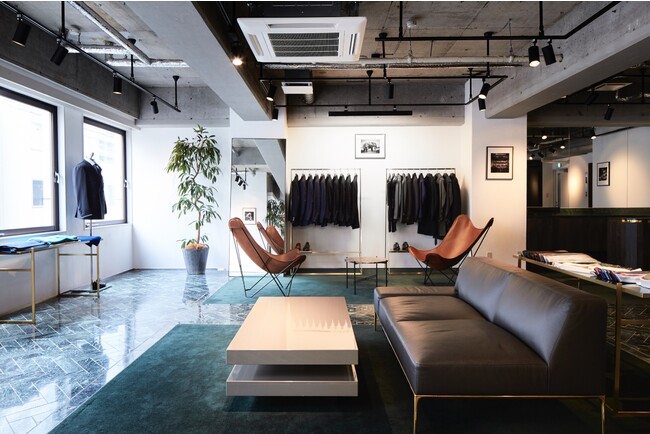 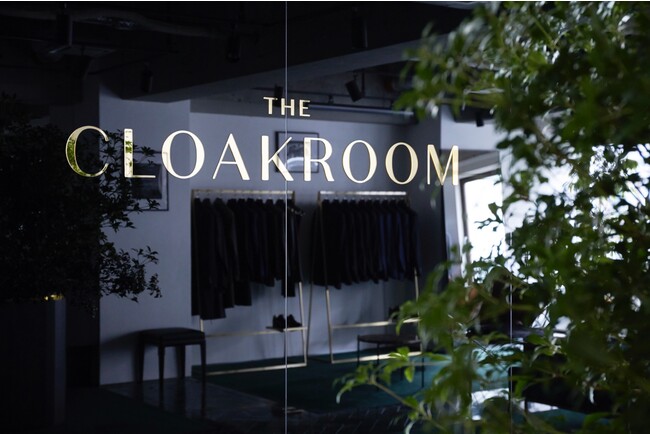 “Furusato tax tailoring ticket”
Such a high-end order salon started this year with a long-established sewing factory in Kujukuri Town, “Furusato Nozei Tailoring Ticket” that allows you to make high-class orders with Furusato Nozei. It is an initiative to tailor high-end custom-made according to the donation amount of hometown tax, and not only suits but also casual jackets, knit jackets, chino pants and MA-1 can be made to order. This tailor-made salon’s state-of-the-art meticulous service matches the demand of wealthy people who seek unique services and products, and has received a great response.
[Image 4 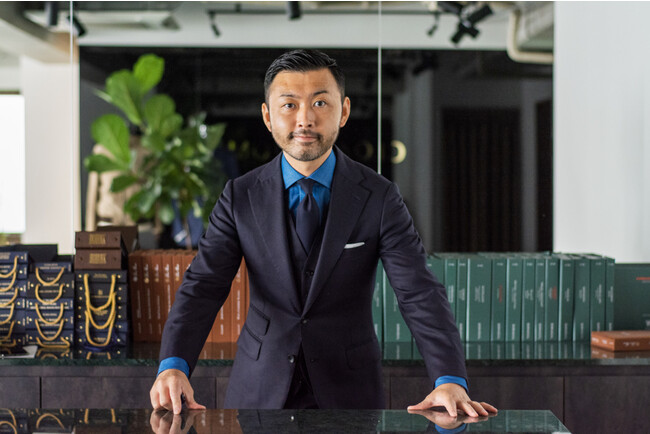 Background of Initiatives/To Overcome the Covid-19 Pandemic
The damage to the apparel industry due to the corona crisis is great, and the production background and sewing factories in Japan that have supported the apparel industry have been greatly affected. In particular, factories with high technology that have been tailoring men’s clothing with a focus on quality for many years are facing an unavoidable turning point in the midst of a major shift in work styles due to the new normal.
Under such circumstances, we thought that it was necessary to directly appeal to consumers as a garment factory in order to protect the technology and employment cultivated as a local industry and continue to operate. As a company in that administrative district, we started this initiative with the idea that furusato nozei is an optimal mechanism for promoting the appeal of the region and the appeal of the products we make to consumers.
[Image 5 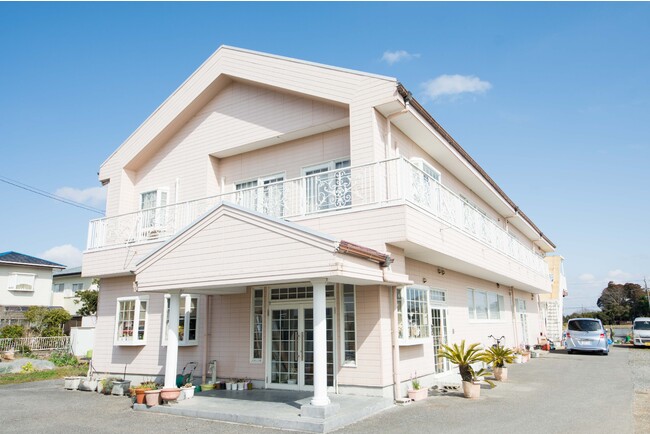 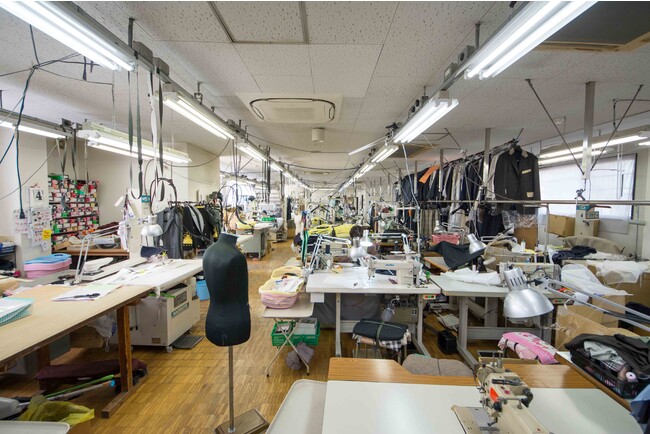 The Cloakroom
The Cloak Room
Landic 3rd Ginza Building 5F, 7-10-5 Ginza, Chuo-ku, Tokyo
TEL: 03-6263-9976
Website: www.thecloakroom.tokyo
A popular brand known only to those in the know who are sending out high-quality Made in Japan fashion to the world.
They have stores in Ginza, Tokyo, Brisbane and Melbourne, Australia, and Montreal, Canada.
We are gaining support from celebrities such as business owners, Kabuki actors, artists, actors, and athletes.
He also designs costumes for TV dramas.
atelier form
185 Tanaka Arao, Kujukuri-machi, Sanmu-gun, Chiba Prefecture A sewing factory in Kujukuri with a history of over 90 years since it was founded as a tailor in Kameari.
Many brands have highly praised the high level of technical skills and flexible manufacturing that make use of handicrafts.
Whether it’s men’s or women’s suits, it is of course highly trusted by collection brands.
Hometown tax introduction page
www.thecloakroom.tokyo/collections/hometown tax 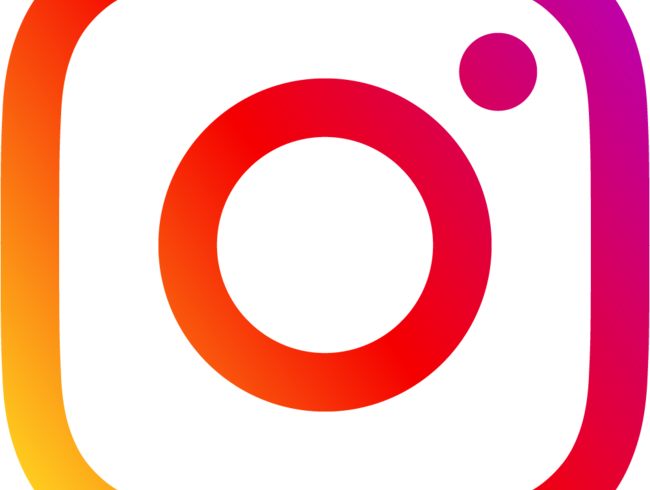