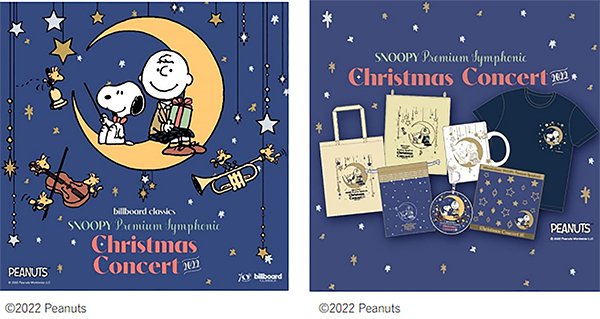 An orchestra concert in which a talented vocalist from the rock and pop world collaborates with an orchestra conducted by a maestro from the classical music world. It started in February 2012 and celebrated its 10th anniversary this year, and has held more than 300
performances so far at music halls nationwide.
Official site https://billboard-cc.com/classics
Performer profile
Yu Shirota (Guest Vocal)
[Image 3 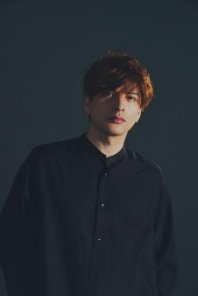 Born December 26, 1985 Entertainer
Since his debut as an actor in 2003, he has been active in a wide range of genres such as dramas, movies, stage performances, and music. Representative works include the dramas “ROOKIES”, “The Negotiator -THE NEGOTIATOR-“, the Taiga drama “Tenchijin”, the serial TV novels “Jun to Ai”, “TOKYO MER ~Running Emergency Room~”, and the serial TV novel “Come Come Everybody” (narrator). , the movie “Ajin”,
“Shinkansen Sangokushi”, “The Confidenceman JP Hero Hen”, etc. Responsible for the Japanese dubbing of Disney’s live-action versions of “Cinderella” and “Half Magic”.
On the stage, he won the 65th Agency for Cultural Affairs Art Festival “Theater Division” Newcomer Award for the musical “Elisabeth” in 2010, the 43rd Kazuo Kikuta Theater Award for the musical “Broadway and Bullets” in 2018, and the musical “NINE” in 2021. He has won numerous awards, including the 28th Yomiuri Theater Award for Outstanding Actor. Debuted as a director in 2016 with “Apple Tree”. Directed and starring in the 2019 musical “Phantom” musical “Curtains”, and in the produced work, the entertainment show “SHOW TIME” co-produced and co-produced with Ryoko Yonekura for the first time IMY (a unit with Ikusaburo Yamazaki and Matsuya Onoe) ) There is an original stage work “Ambiguous Theater Part 1 ‘Akuto'”. Appeared as Laura in the musical “Kinky Boots” currently being performed.
Hirofumi Kurita (Conductor)
[Image 4 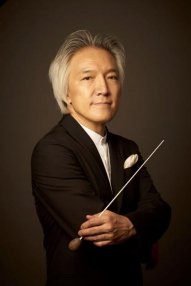 In 1988, he won first place in the conducting division of the 23rd Tokyo International Music Competition, and the following year he made his debut conducting major orchestras in Japan. Moved to Europe in 1989. In the same year, he won the 1st Antonio Pedrotti International Conducting Competition (Italy) and established an international reputation. In 1995, he won the highest prize at the 1st Sibelius International Conducting Competition (Finland). In the same year, he was invited by the Finnish Radio Symphony Orchestra and made his debut in Europe to great acclaim. In addition to his active conducting activities at home and abroad, he also serves as a visiting professor at Kunitachi College of Music, where he devotes himself to teaching younger generations. In addition to having a wide repertoire from classical music to contemporary works, he is also actively
collaborating with various genres.
Takana Miyamoto (piano, music supervisor)
[Image 5 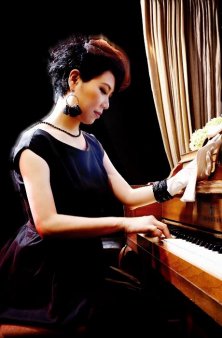 Pianist and composer. Active in a wide range of fields, from jazz and pops to recitation and orchestral music. Lived in the US and UK for 20 years and performed in about 30 countries.
Graduated from Berklee College of Music and Georgia State University. He won the Edman Jazz Piano Competition in the United States, and his work was nominated for two Grammy Awards. She has received numerous awards, including “Atlanta’s Best Jazz” and “Most Influential Woman in Georgia”.
Returned to Japan in 2013 and performed with Chikuzen Sato, Junko Yagami, Sarah Alain, May J., Lisa Ono and others. Widely involved in arranging, producing, arranging for orchestra, music director, and accompanying music. Lecturer at Kunitachi College of Music. In 2020, [Wonderful World] was announced and won the Music Pen Club Music Award for best work in all popular categories.
Gene Jackson (drums)
Born in Philadelphia, Pennsylvania, USA. In 1979, he studied at Berklee College of Music in Boston with many famous jazz icons such as Branford Marsalis, Cyrus Chestnut, and Jeff Watts. While playing in veteran jazz guitarist Kevin Eubanks’ band, he moved to New York in 1987 to pursue a career as a professional drummer. He has performed with the world’s top jazz musicians such as Dave Holland, Christian Mcbride, Andrew Hill, Terence Blanchard, Hugh Masekela, and Diane Reeves, and has participated in numerous world tours, jazz festivals, and over 150 recordings. Notable among these are his participation in the Herbie Hancock & Wayne Shorter Quartet in 1991 and the Herbie Hancock Trio & Quartet from 1993 to 2000. 2018 Trio NuYorx’s album [Power Of Love], led by Gene Jackson, was released from Whirlwind Recordings. Currently, he is also focusing on teaching at the Prince Claus Conservatory (Netherlands) and Senzoku Gakuen.
Pat Glynn (bass)
Originally from New Jersey, USA. Based in New York for about 10 years, he has performed with artists such as Sam Rivers, Bobby Vinton, and Sigur Roth at Broadway musicals and jazz clubs (Blue Note, Smalls, Town Hall, Bitter End, etc.). piled up. Since coming to Japan in 2007, he has performed with domestic and international artists such as Eddie Henderson, Eric Alexander, Seiko Matsuda, Miki Imai, and Junko Yagami. In addition, he participated in the recording of various musicians and expanded his activities, and released his first leader album [Who`s On Bass] (piano: Silas Chesnut, drums: Karl Allen). Teaches music at Lakeland University Japan Campus.
Central Aichi Symphony Orchestra
Established in 1983. In April 2021, it will be certified as a public interest incorporated association by Aichi Prefecture. From April 2019, Kosuke Tsunoda from Nagoya was appointed as the permanent conductor. In addition to independent performances such as regular concerts, concerto series, and “Ninth” concerts, he has appeared in many commissioned performances such as ballet and opera. We are actively working on programs with unique compositions, school performances that make use of a wide range of repertoire, and chamber music performances that shorten the distance between the performers and the audience. He has performed successfully overseas (2007 in China, 2009 in Thailand, 2017 in South Korea). From 2022, we will start “Super!
Tokyo Philharmonic Orchestra
Founded in 1911. It has the longest history in Japan, with about 160 members, and functions as both a symphony orchestra and a theater orchestra. Music Director Emeritus Myung-Whun Chung, Principal Conductor Andrea Battistoni, Special Guest Conductor Mikhail Pletnev. In addition to regular concerts, “afternoon concerts”, opera and ballet performances, and broadcast performances on NHK and other channels, he has also actively performed visiting concerts and overseas performances, and has received high acclaim and attention both at home and abroad. From 2020 to 2021, he will also appear in documentary programs such as “Jonetsu Tairiku” and “BS1 Special” and the national program “NHK Kouhaku Uta Gassen”. In 1989, signed a franchise agreement with Bunkamura Orchard Hall. We have formed business partnerships with Bunkyo Ward, Chiba City, Karuizawa Town, and Nagaoka City, and are conducting educational and creative cultural exchanges with each region.
Osaka Symphony Orchestra
Established in 1980 as “Osaka Symphoniker”. Founder Hiroko Shikishima, representative of the Eternal Honorary Orchestra, said, “Music that satisfies both listeners and performers! ] advocated. His performance, which always impresses the audience “hot”, is described as “scream of the soul” and “sound of passion”.
In January 2001, the name of the orchestra was changed to “Osaka Symphoniker Symphony Orchestra”, and in April 2010, the name was changed to “Osaka Symphony Orchestra”. In April 2022, three new conductors, Kazufumi Yamashita (Permanent Conductor), Mae Shibata (Music Partner), and Naofumi Hashi (Chief Guest Conductor) were appointed. A leap forward is expected.
In April 2006, Mr. Takeo Higuchi, Chairman and CEO (at that time) of Daiwa House Industry Co., Ltd., assumed the position of Chairman of the Osaka Symphony Orchestra in November 2018 after serving as Chairman of the Board of Directors. In October 2020, Keiichi Yoshii, President and CEO of Daiwa House Industry Co., Ltd., passed the baton as chairman.
Margaret Takagi (Bilingual Announcer/Host of Nagoya and Nishinomiya Performances)
[Image 6 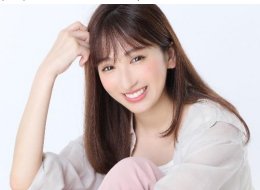 Born in Hawaii, raised in Texas.
Graduated from International Christian University College of Liberal Arts. The theme of my graduation thesis is “American Culture in PEANUTS”. Double major in Media/Culture/Communication and Language Education. After graduating, he joined TBS-affiliated Shizuoka Broadcasting as an announcer.
Active in television, radio, and event moderation.
After leaving the company, he expanded his activities in Japan and overseas as a bilingual announcer. In addition to the talent industry, he is also engaged in the launch of the YouTube channel “MAGGIE’S CHANNEL #TRENDIFUL”, SNS marketing, English instruction, supervision of English teaching materials, and lecturer for announcer exam preparation.
[What is “Peanuts”]
“Peanuts” characters and related intellectual property owned by Peanuts Worldwide, with 41% owned by WildBrain, 39% owned by Sony Music Entertainment Inc., and 20% owned by Charles M. Schultz’s family. . It was in 1950 that Charles M. Schultz first introduced the Peanuts family to the world. That was when “Peanuts” debuted on seven newspapers. Since then, Charlie Brown, Snoopy and the Peanuts Gang have left an immortal mark on pop culture. In addition to the familiar Peanuts shows and specials on Apple TV+, fans around the world will find a wide variety of merchandise, amusement park attractions, cultural events, social media, and traditional print to digital media. You can enjoy “Peanuts” through serialized comics published in various media. Additionally, in 2018, “Peanuts” entered into a multi-year partnership with NASA in the Space Act Agreement. This Space Act Agreement is a program designed for the next generation of children to inspire a passion for space exploration and STEM.
■ Related URLs
・Japanese Snoopy Official Website http://www.snoopy.co.jp/
・Japanese Snoopy official Facebook page “Snoopy Japan”
https://www.facebook.com/SnoopyJapan
・Japanese Snoopy official twitter account “Snoopy Japan”
https://twitter.com/snoopyjapan
■ Request for confirmation of published manuscript
・Please check the manuscript before posting it.
・Also, when using images sent from our company, please be sure to write the following credits.
(C)2022 Peanuts Worldwide LLC (abbreviated (C)2022 Peanuts)
(*1) High ladder
Billboard Japan https://www.billboard-japan.com/
Publisher: Hankyu Hanshin Holdings
1-16-1 Shibata, Kita-ku, Osaka