Hamyu Trading Co., Ltd.
[Tokyo Comic Con] The 2nd celebrity visit to Japan: Mr. Anthony Daniels, who plays C-3PO in the “Star Wars” series, and Mr.
Christopher Lloyd, who plays Doc in the “Back to the Future” series, two major legends to visit Japan !
In addition, new information on the organizer’s product sales area has arrived. “Marvel / Star Wars Store” will be exhibiting in real life for the first time in three years! The exhibition of the popular fashion brand “A BATHING APE (R)︎” has also been decided! 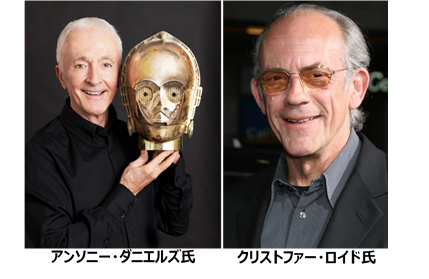 ★Two celebrities from “Star Wars” and “Back to the Future” have been selected as the second celebrity to visit Japan!
As the second celebrity visit to Japan at Tokyo Comic Con 2022, Mr. Anthony Daniels, who is famous for the role of C-3PO in the “Star Wars” series, and the role of Doc in the “Back to the Future” series and “The Addams Family” series, Christopher Lloyd, who is famous for playing Fester, has decided to come to Japan!
Visitors will be present on all dates during the period, and photo sessions and autograph sessions will also be held on the day of the event.
Anthony Daniels is a British actor who is famous for playing the role of C-3PO for many years in the blockbuster sci-fi blockbuster “Star Wars” series.
Starting with “Star Wars Episode 4 / A New Hope” released nationwide in 1977, he is the only one who has appeared in all movie series until “Star Wars / The Rise of Skywalker” released in 2019. Legend. Recently, he appeared in one episode of the drama “Obi-Wan Kenobi” as C-3PO, which became a hot topic among fans around the world. Christopher Lloyd is an American actor best known for playing Doc in the blockbuster “Back to the Future” series and Fester in the “Addams Family” series. In addition, he has also appeared in popular works such as “Roger Rabbit”, which is also a popular legend all over the world.
In addition, there are rumors that he will appear in the drama “The Mandalorian” season 3, and his future activities are also attracting attention.
Don’t miss this chance to see the two great legends of SF movies, “Star Wars” and “Back to the Future” come to Japan!
*Details on how to participate in the photo session and autograph session in the celebrity area will be announced at a later date. [Image 2 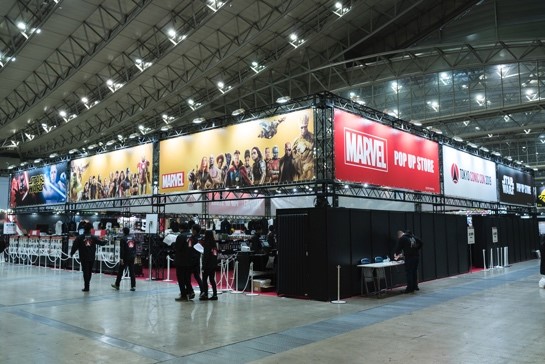 ★ Marvel and Star Wars pop-up stores, and that BAPE (R) will be exhibited! At this year’s Tokyo Comic Con, Walt Disney Japan Co., Ltd.’s “MARVEL POP UP STORE/TCC2022” and “STAR WARS POP UP STORE/TCC2022” will be exhibited in the organizer’s product sales area for the first time in three years since 2019. !
*Booth overview*
This year, the area will be expanded from 2019, and many popular Marvel and Star Wars goods will be handled.
Starting with high-quality Hot Toys products such as “Movie
Masterpiece”, we plan to have a large lineup including pre-release items, such as products currently on sale at “MARVEL STORE by Small Planet”, which is being deployed in four stores nationwide.
Details will be announced at a later date, so please look forward to it. [Image 3

In addition, the popular fashion brand BAPE (R) will open a store this year! *Booth overview*
“BAPE (R)”, also known as “A BATHING APE (R)”, which produces various products in the world by combining many cultures and tags, not only fashion, will open for the first time in the organizer’s product sales area.
Please look forward to the TOY line “BAPE PLAY (TM)” booth of “A BATHING APE (R)”.
All stores are scheduled to exhibit in the organizer’s product sales area, and in this area, those who have purchased the [organizer’s product sales area fast ticket] will be given priority to enter the area during the morning hours. I can do it.
(* After 12:00, customers with a “general admission ticket” will be able to line up in the waiting line of the organizer’s product sales area and enter the area.)
This is a chance to get products that you can’t miss, such as the newly announced Marvel / Star Wars and BAPE (R) (Bape), as well as previously announced Atmos and Prime 1 Studio goods. Please pay attention!
■Overview
Name: Tokyo Comic Convention 2022 (abbreviation: Tokyo Comic Con 2022) Date: November 25th (Fri), 26th (Sat), 27th (Sun), 2022
Venue: Makuhari Messe (2-1 Nakase, Mihama-ku, Chiba City, Chiba Prefecture 261-0023) Halls 4-8
Organizer: Tokyo Comic Convention Co., Ltd., Tokyo Comic Convention Executive Committee
Event content:
・Disclosure of the latest information on domestic and international movies, comics, etc.
・Corporate exhibition (sale of limited/preceding products, exhibition of goods, etc.)
・Exhibition of props actually used in movies and rare goods
・Experience various contents using the latest technology
・Exchange with foreign celebrities
・ Live streaming of live performances on stage
・Cosplayer exchanges and contests
・ Exhibition and sale of works by manga artists and animators, “Artist Alley” *Subject to change depending on the spread of the new coronavirus infection. We apologize for the inconvenience, but please be forewarned.
Details about this release:
https://prtimes.jp/main/html/rd/p/000000040.000096384.html

One thought on “Tokyo Comic Con The 2nd celebrity visit to Japan: Mr. Anthony Daniels, who plays C-3PO in the “Star Wars” series, and Mr. Christopher Lloyd, who plays Doc in the “Back to the Future” series, two major legends to visit Japan !”