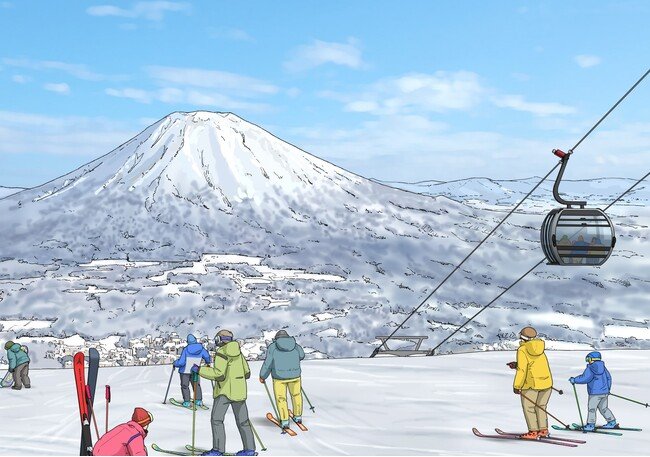 New gondola image
■ Background of lift renewal
Niseko’s powder snow has been recognized by skiers and snowboarders around the world as “JAPOW (Japan + Powder + Snow)” and has become an international ski resort. It is also a place where further
expectations are rising as a world-class resort, such as the extension of the Hokkaido Shinkansen, the opening of a highway, and the development of a luxury hotel toward 2030. On the other hand, there are many problems due to the overemphasis on the ski season, such as employment problems and a decline in commercial and accommodation functions due to fluctuations in seasonality.
Niseko is positioned as a flagship property in the hotel and resort business portfolio of the Group, and in this project, starting with the replacement of Center Four, other ski resort-related facilities and cableways will be gradually renewed to utilize the slopes. We will work to solve local issues by promoting the creation of attractiveness in all seasons through the creation of activities and staying spaces. ■ Japan’s oldest quad lift becomes the latest gondola
The Center Four is the oldest*1 quad lift in Japan, which began operation in 1985, and opened as the main lift for the alpine course operated by St. Moritz Lift at the time. It is close to the main street, Hirafuzaka, and the welcome center, and is easily accessible. In the morning of the ski season, long queues form before the start of operation, making it a popular lift that has been loved for many years. I came. Niseko United *2 has the most transportation record *3 Center Four plays the role of the main artery, but it is more than 30 years old, and as a cableway that plays a central role in Niseko, which is aiming to become an international resort, the entire ski resort will be renewed. image, improve guest comfort, and improve transportation capacity. In addition, the 4-passenger lift has been reborn as a 10-passenger gondola, greatly increasing the transport volume per hour from 1,800 people per hour to 2,800 per hour. It has improved to about 1.5 times*4 the previous level, and is expected to ease congestion immediately after business starts and during peak hours.
Due to lift replacement, dismantling work will start after the end of the 2023-24 season (The 2022-23 season will operate as usual. Some work will be carried out before the start of dismantling work as long as it does not affect operation), 2024 A new gondola is scheduled to start operating in the winter season.
*1 Japan’s first 4-seater automatic circulation chair lift No. 1 (https://ansaku.jp/publics/index/40) *2 Niseko Tokyu Grand Hirafu and Niseko spread out at the foot of Mt. Annupuri Four ski resorts consisting of Hanazono Resort, Niseko Village Ski Resort, and Niseko Annupuri International Ski Resort
: (Ski season) 4.0m/sec → New gondola: 6.0m/sec
[Image 2 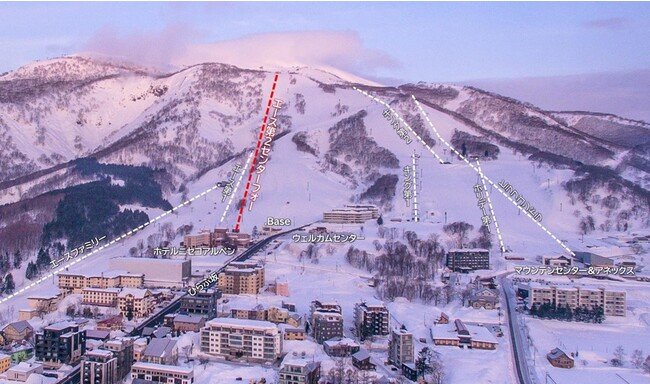 Center four position
Photo courtesy of Kutchan Tourism Association
■ Toward an all-season resort
As an initiative to promote the entire Niseko area as a “bicycle mecca”, we plan to install a bike rack inside the updated gondola carrier so that it can be used for slope activities with mountain bike courses such as downhill and flow trail. In addition, a 360-degree screen is used so that you can enjoy a magnificent panoramic view of Mt. Yotei. In addition, we are planning to renovate the facilities halfway up the slopes so that during the green season you can enjoy the view of Mt.
So far, the King No. 3 Lift was replaced in 2016, the Ace Family Quad Lift was replaced in 2017, and the ski resort facility “Mountain Center Annex” was newly established in 2019. We are planning various initiatives for all-season use of the gondola that will be updated this time, and will work to make it widely available not only for the ski season but also for all seasons.
[Image 3 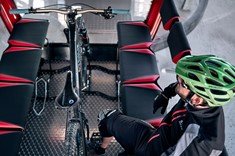 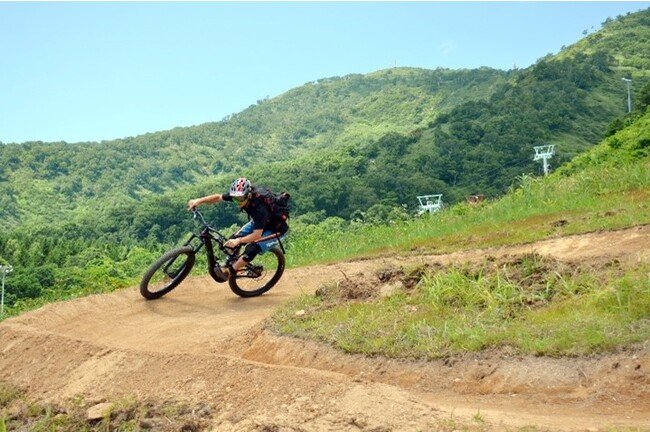 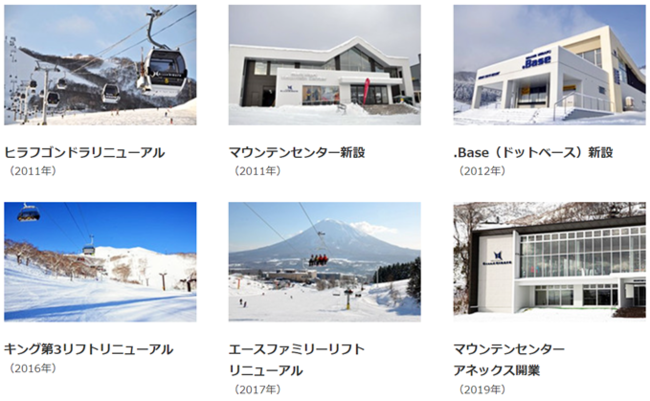