Nihon Unist Co., Ltd.
Total lunar eclipse observation & lunar rover “YAOKI” operation experience event held on 11/8 (Tuesday) Willows Hotel Osaka
Shin-Imamiya
A talk event by the developer, Daimon Nakajima, is also held.
“Willows Hotel Osaka Shin-Imamiya” (Naniwa-ku, Osaka) operated by Nihon Unist Co., Ltd. (Nishi-ku, Osaka, Representative Director: Noritada Imamura), a real estate developer and hotel operator, will open from 18:30 on Tuesday, November 8th. , We will hold an operation experience event for the robot “YAOKI”, which is scheduled to be the world’s first private lunar exploration, and a talk event by Shinichiro Nakajima, president of Daimon Co., Ltd. (Ota-ku, Tokyo), the developer of YAOKI. .
On the day of the event, there will be a total lunar eclipse where you can see the entire eclipse from start to finish, so we will also hold a lunar eclipse observation event at the observatory “Willows SKYDECK” on the roof of the hotel.
[Image 1 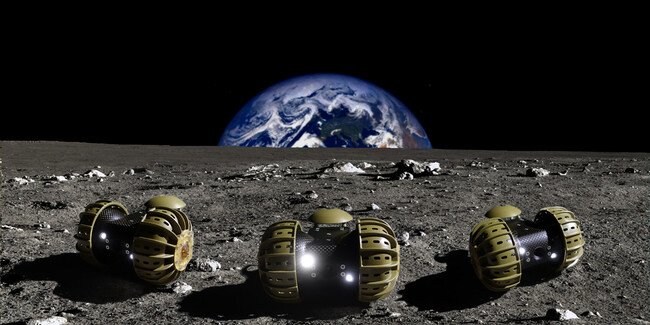 Apply here – https://forms.gle/Hb5nb2WCzzwu6PXJ6
On November 8th, a total lunar eclipse will be visible across Japan for the first time in 3 years and 10 months. If you miss this year’s event, the next one will be three years from now. On this precious day related to the moon, an event will be held in Shinsekai, Osaka, where you can touch the lunar rover “YAOKI” that has passed NASA’s test, listen to the behind-the-scenes story of its development, and observe the lunar eclipse.
Nihon Unist, the operating company of the venue, Willows Hotel Osaka Shin-Imamiya, has supported YAOKI’s lunar exploration project as a partner since last year and has backed up the development. From the observatory on the roof of the hotel (15 stories), you can see Tsutenkaku and the cityscape of Osaka, making it the perfect place to observe the lunar eclipse. This is a special event where you can not only enjoy the lunar eclipse, which can only be seen once every few years, from a high place, but also get to touch a robot that will land on the moon in the near future.
What is a total lunar eclipse
A lunar eclipse is a phenomenon in which the moon enters the shadow of the earth and the moon becomes dark. From Earth, the Moon appears to chip away in the form of Earth’s shadow. When the entire moon is completely in shadow, it is called a total lunar eclipse, and when only part of it is in shadow, it is called a partial lunar eclipse. A lunar eclipse appears to glow copper-red when illuminated by red light that has passed through the Earth’s atmosphere. The total lunar eclipse will be observed in Japan for the first time since January 2018, and the next one will be in September 2025.
[Image 2 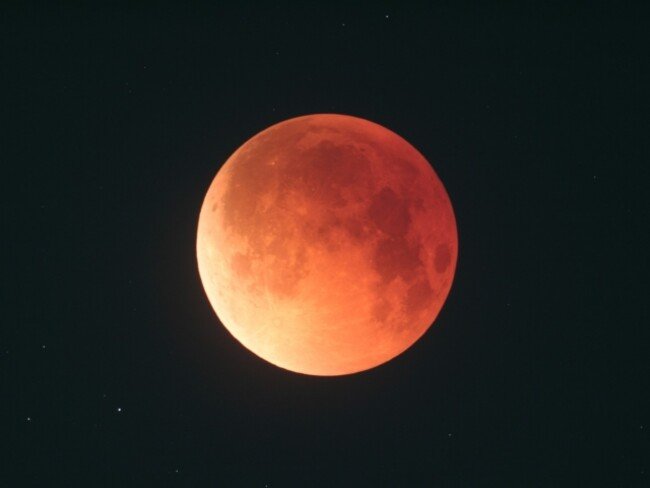 About the lunar rover “YAOKI”
[Image 3 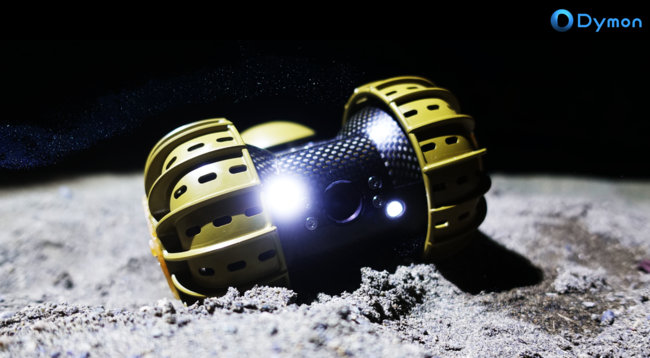 YAOKI will participate in NASA’s lunar transport mission “CLPS” and will conduct the world’s first private lunar exploration. Starting with that, we will contribute to NASA’s lunar development project “Artemis Project” and support the construction of a lunar base in the future.
Compared to conventional small probes, it is 1/10 the weight (currently 498 g) and 1/50 the size (15 x 15 x 10 cm) while
maintaining high strength. We have greatly reduced the transportation cost to the moon, which is said to cost 100 million yen per 1 kg. Event details
・A talk show where President Daimon Nakajima talks about the path leading to the development of YAOKI.
[Image 4 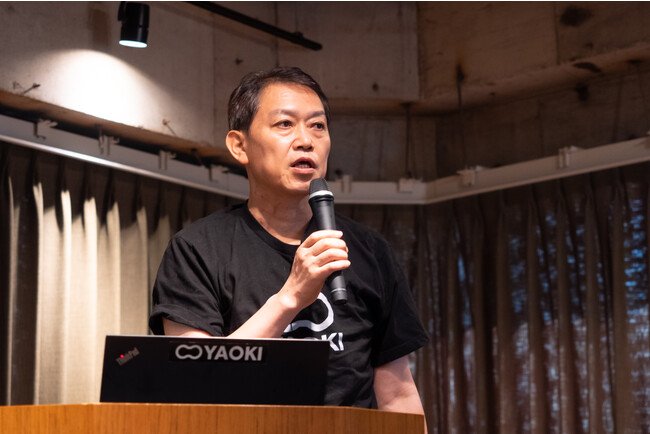 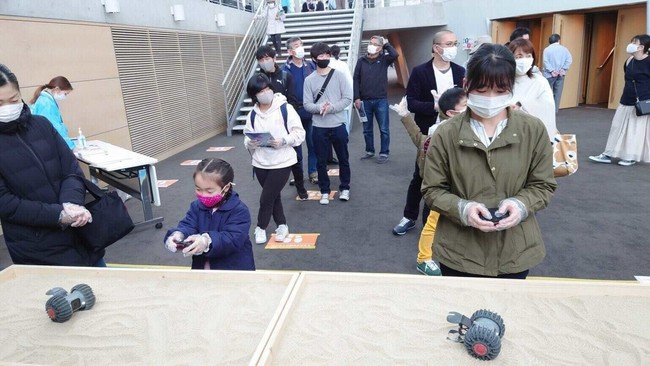 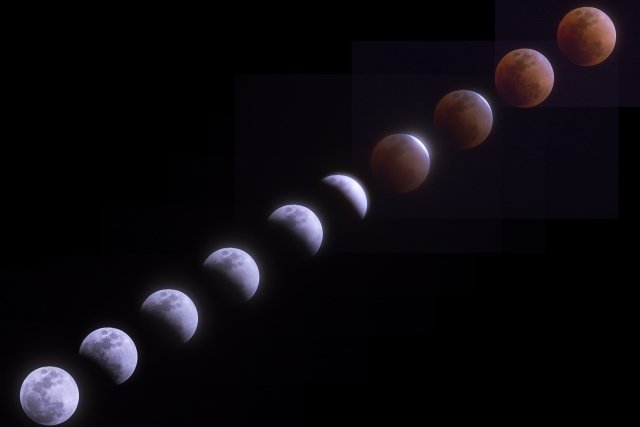 Event overview
▼Date and time
Tuesday, November 8, 2022, 18:30-20:40 (Reception opens at 18:00) ▼Place
Willows Hotel Osaka Shin-Imamiya (2-1-24 Ebisu Higashi, Naniwa-ku, Osaka) ▼Capacity
15 people
▼Application deadline
Sunday, October 30, 2022
▼Participation fee
free
▼Progress
18:30~ Talk event with President Dimon Nakajima
19:00~ YAOKI piloting experience meeting
19:30~ Viewing the total lunar eclipse (Lunar eclipse from 19:16 to 20:42. Maximum at 19:59)
20:40～ Services such as hot coffee in the hotel lounge
▼Participation application
Please apply using the form on the right – https://forms.gle/Hb5nb2WCzzwu6PXJ6 ▼Remarks
・Equipment such as a telescope is not available. Please bring your own binoculars
・People who will not be staying at the hotel on the day of the event can also apply, but if the number of participants exceeds the capacity, priority will be given to those who will be staying at the hotel.
・Lunar eclipse observation will be canceled in case of stormy weather About Willows Hotel Osaka Shin-Imamiya
It will open in September 2021 in a location that can be conveniently used as a base for sightseeing in Osaka with access to 4 stations on 5 lines.
Like the willow, which is a symbol of freedom, we want to create a “worthy stay” that goes beyond the expectations of our guests with flexible ideas and a playful spirit, without being constrained by frameworks. The name of the hotel reflects this feeling. It is a stylish and chic hotel in a bustling area with many long-established stores such as kushikatsu (deep-fried skewers) shops and amusement arcades where you can experience traditional games. The landmark of Osaka, Tsutenkaku Tower, is just a 2-minute walk away.
Location: 2-1-24 Ebisuhigashi, Naniwa-ku, Osaka
Tel: 06-6630-7535
Total number of guest rooms: 227 rooms
Access: Subway Midosuji Line/Sakaisuji Line “Dobutsuen-mae” station, 3 minutes walk from Exit 1
6-minute walk from Tsutenkaku Exit (East Exit) of Shin-Imamiya Station on the JR Loop Line
“Willows Hotel Osaka Shin-Imamiya” Official Website – https://willows-hotel.com [Image 7 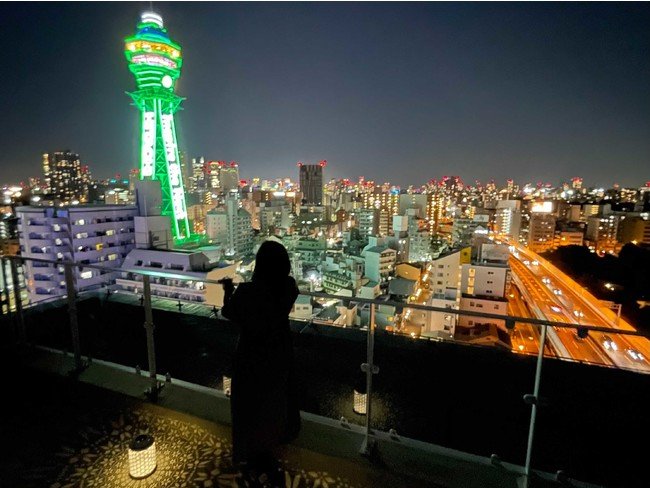 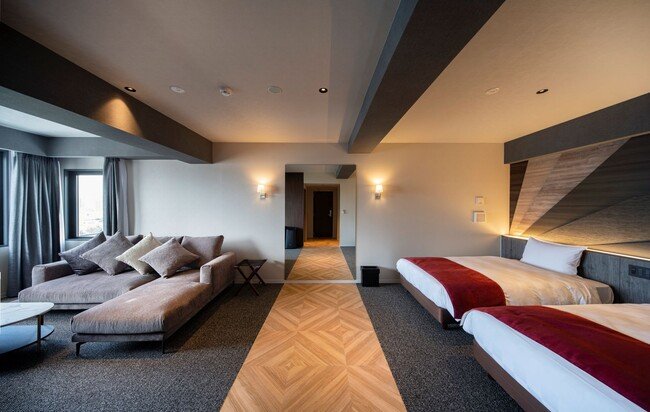 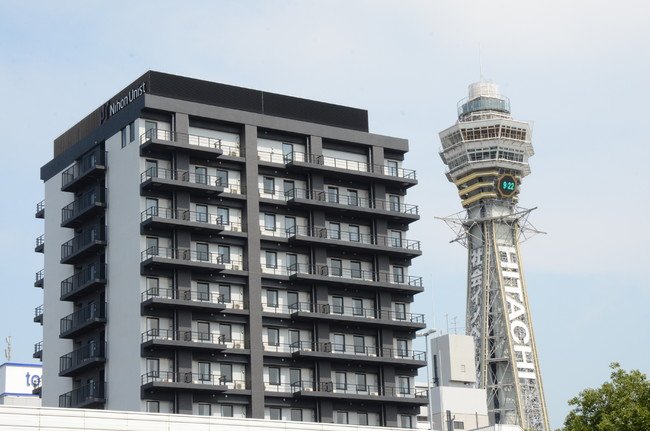