The general incorporated association JCBI is a corporate alliance that accelerates the digital transformation of the Japanese media and content industry across industries, based on cutting-edge technologies such as blockchain. After being jointly launched by seven companies in February 2020, many industry companies have joined, and the number of member companies has expanded to 50 companies.
[Image 2 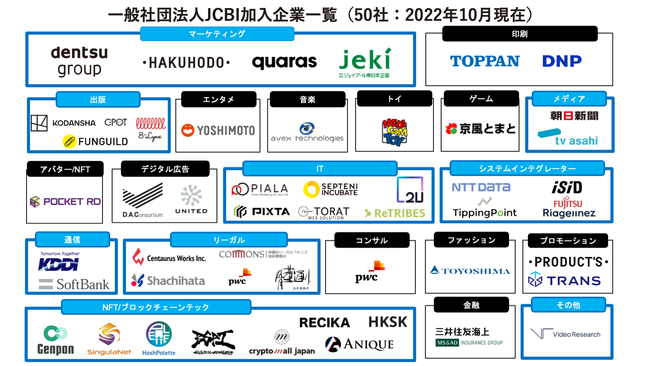 [Background to joining JCBI – Example of TV Asahi’s efforts -] Starting with the “Toei Robot Anime NFT” project released in December 2021, TV Asahi has implemented a wide variety of NFT projects. While accumulating projects, in order to expand various new business areas using blockchain technology, not limited to NFT, we will focus on content x blockchain in order to strengthen collaborative creation with other companies that operate in the same area. We have decided to join JCBI, which has become a member.
In the future, we will promote the development of new businesses more extensively by strengthening cooperation with JCBI participating companies.