Ujoy Games has announced Japan-exclusive skins for its new
multi-online RPG “Genso Densetsu ~Haruka Touhou no Kitan~”, which was released last week and is currently on sale! A Twitter campaign for the #Fantasy Legend Photo Club is also underway.
[Image 6 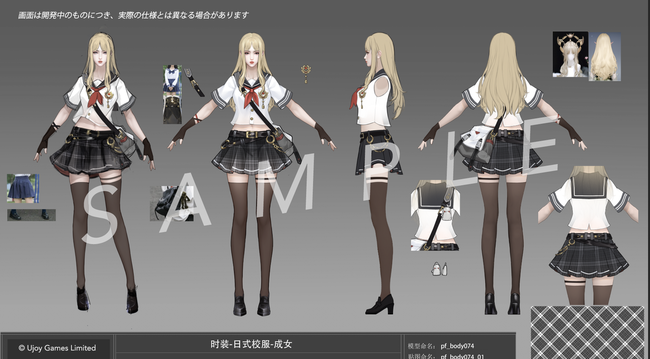 This is a legendary story that has been handed down from tens of thousands of years ago–Ujoy Games today (October 27, 2022) released last week’s multi-online RPG “Genso Densetsu ~Boken Kitan of the Far East~” for Japan. We announced a limited skin produced by
localization!
We are also running a #Genso Densetsu Photo Club campaign to post screenshots from Genso Densetsu. Don’t miss this chance and get gorgeous in-game rewards!
New Japan limited skin “uniform” announced! A cute design with a school uniform motif!
[Image 2 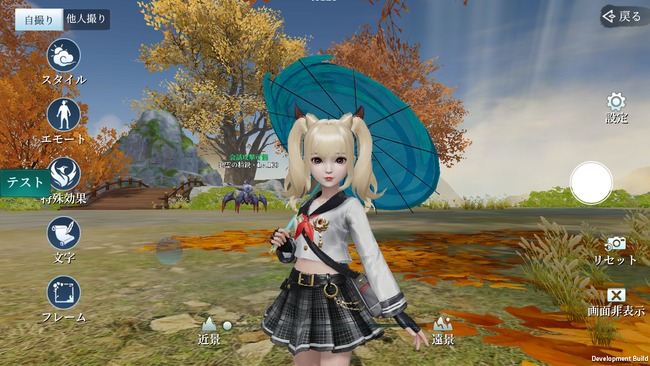 This skin announced this time is “Uniform”. It is made with a Japanese school uniform as a motif, and you can enjoy an adventure in the atmosphere of a high school student.
It also feels like the uniform of the school “Goryo Gakuin” that the spirit users go to in the story!
[Image 4 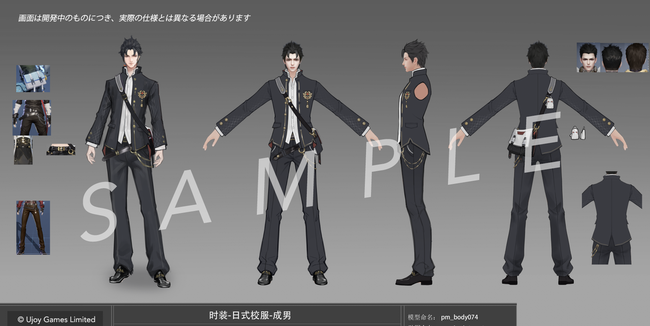 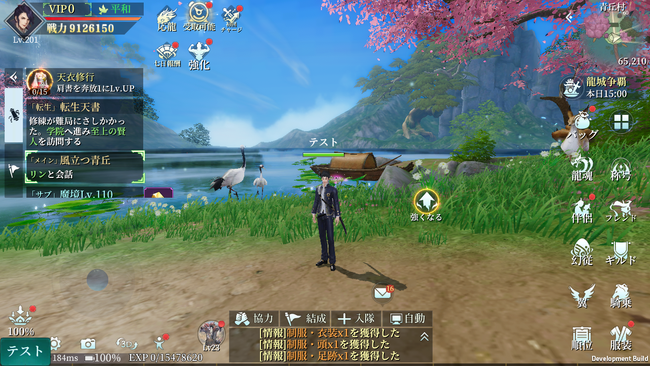 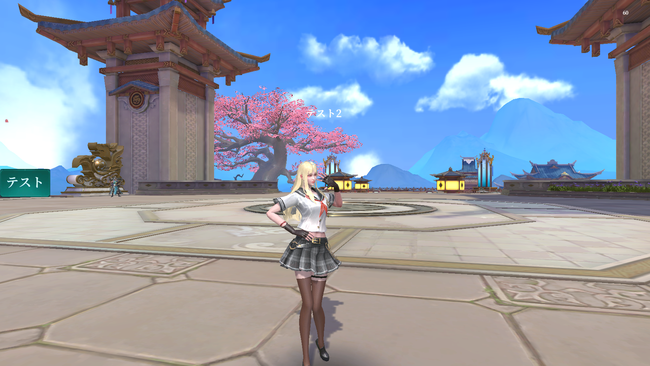 If you pay attention to the feet, there are small changes such as high socks for the little girl, but knee-high socks for the female avatar! It looks great on your slender long legs.
This skin can be obtained by participating in an event that takes place 3 weeks after each server starts. Please check the schedule of the server you are participating in and try to get it.
Click here to install!
https://phantasia.onelink.me/fLw0/5mp7flko

There are plenty of other Japan-only skins!
■ Back decoration “Thunder God”
[Image 8 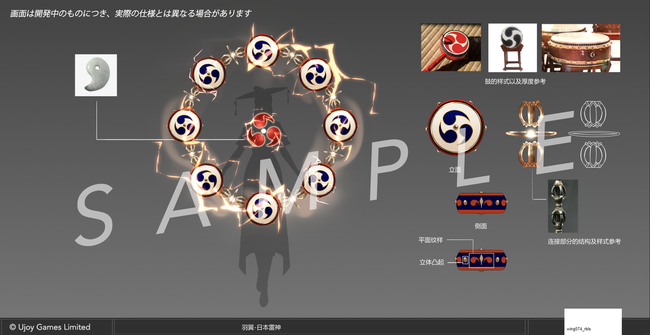 This is the cumulative recharge reward for the first week of the server, and can be obtained by recharging 200,000 Spirit Orbs! Always wearing sparkles, it is a Japan-only back decoration that gives a flashy impression just by wearing it!
[Image 9

Get it for free! Horse riding “Shiba-chan” (left image)
[Image 10

This Japan-only riding character “Shiba-chan” can now be obtained for free on the second day of the 7th login campaign. The ribbon has a red and white shimenawa-like design, giving it a very cute impression! Shiba-chan can be obtained just by logging in the day after starting the game. Get Shiba-chan as your buddy and go on an adventure! Install here!
https://phantasia.onelink.me/fLw0/5mp7flko
[Image 12 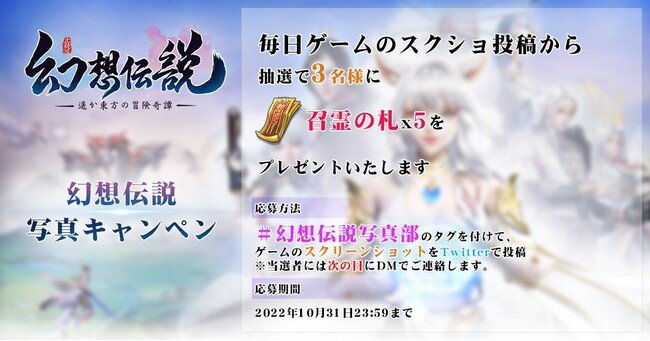 We are currently holding a #Fantasy Legend Photography Club campaign! Every day, 3 people will be selected by lottery from screenshots posted in the game and will receive 5 Summoning Talismans.
⬇️ How to apply
Post on Twitter with #Fantasy Legend Photo Club
⬇️ Application period
Until 23:59 on October 31st
Official Twitter: https://twitter.com/Phantasia_Japan/media
[Image 14

[Recommended for people like this]
・I want to fight tough bosses in cooperative play
・ I want to try an orthodox multiplayer online RPG
・Has played MMORPG or is interested
・ I want to get married in the game
What is “Genso Densetsu ~Boken Kitan of the Far East~”?
[Image 15

This work is an orthodox multiplayer online RPG where you can enjoy cooperative play and adventure with friends. The biggest attraction is the various formats of battles that connect with friends! Let’s fight by making full use of powerful special moves and skills in melee-style boss battles and guild battles. Also, the “war spirits” that can be put into the party are legendary creatures such as dragons, giraffes, genbu, archaeopteryx, and nine-tailed foxes. After repelling fellow players and powerful bosses, use the drop materials to strengthen the War Avatar, awaken it to a gorgeous appearance, and let it go wild in battle!
[Image 16 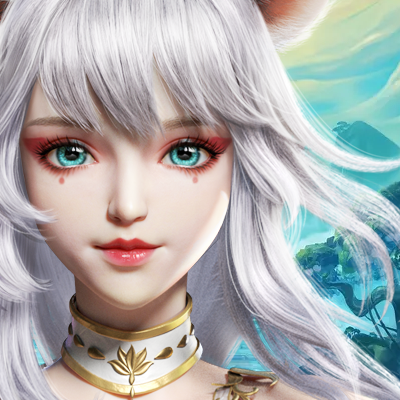 ■ “Genso Densetsu ~Far Eastern Adventure Kitan~”
The latest information is being sent from time to time on the official Twitter! Thank you for following me!
Twitter: https://twitter.com/Phantasia_Japan/media
Category: Multiplayer Online RPG
Price: Free (with in-app purchases)
Distribution model: iOS / Android
Release: October 20, 2022
(C) Ujoy Games Limited
About Ujoy games
Ujoy games is working on the research and development of high-quality smartphone games and distributing them all over the world, with the theme of “making life more interesting”. In Japan, game titles such as the neglected beautiful girl RPG “Counter Arms” and the labyrinth exploration RPG “Soultide” are being distributed well! Ujoy games is headquartered in Shanghai, China, and has experienced staff all over the world, including Korea and Japan. For more information about Ujoy games, please visit our official website https://www.ujoygames.com/ (English/Chinese).