Viacom Networks Japan Co., Ltd. (Location: Minato-ku, Tokyo; President: Susumu Imata), a subsidiary of Paramount Global, has formed a partnership with The Pinkfong Company (Headquarters: Seoul, South Korea). Baby Shark’. In addition to the world’s first YouTube cumulative number of views, the distribution of the video of the song “Baby Shark”, which exceeded 10 billion views for the first time in the world, sang by the youngest nursery rhyme singer “Nono-chan” has started. Please take a look at the song and dance of the cute trio of Pinkits, Baby Shark, and Nono-chan, and sing and dance with your children.
Click here for the video of “Baby Shark” sung by Nono
URL: https://youtu.be/kPXrLgYVT6U
[Image 1 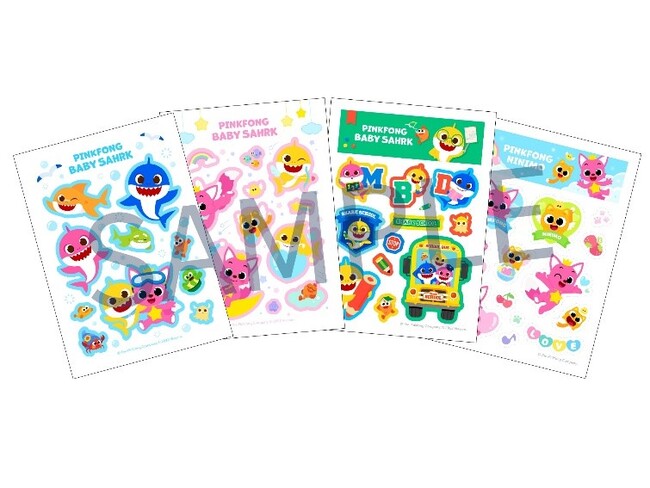 In addition, new illustrations and stickers of “Pinkits Baby Shark” are now on sale at the multi-copy machine “Lawson Print” installed in Lawson stores nationwide. We have a wide variety of cute designs, so please buy them at your nearest Lawson.
* There is no Lawson print of “Nono-chan” design.
Pinkits Baby Shark
In addition to the world’s first YouTube cumulative number of views, it is a character that has surpassed 10 billion views for the first time in the world and is positioned as a cultural syndrome. With memorable music and easy-to-imitate choreography, it is the first RIAA diamond and multi-platinum certification in the kids-song field, and has made a new history in the record market by ranking on the Billboard Hot 100 for 20 consecutive weeks. Based on its strong IP power, it is loved not only by children but also by people around the world in various areas of daily life, from movies and animations to music, performances, mobile applications, games, and NFTs. The TV animation series “Baby Shark’s Exciting Show”, which was co-produced with Nickelodeon, the largest entertainment channel in North America, recorded the number one audience rating on the first day of airing in the United States, and was also sold in the United Kingdom, Europe, America, including South Korea. Indonesia
It is being aired with great popularity from all over the world, and a movie is also being produced with the goal of being released in 2023. ・Official Instagram/Twitter
Instagram: https://www.instagram.com/pinkfong.babyshark.jp/
Twitter: https://twitter.com/pinkfong_japan
TV animation “Baby Shark’s Exciting Show”
“Baby Shark’s Exciting Show” is a TV animation for preschool children co-produced by The Pinkfong Company and Nickelodeon Animation, which is broadcast every Saturday from 9:30 to 10:00 am on BS Japanext (263ch), a free nationwide BS broadcast. We are delivering an exciting and heart-pounding story in which the cute protagonist Baby Shark goes on an adventure with his family and friends in an undersea city. “Baby Shark’s Exciting Show” is a TV anime series born from the video “Baby Shark”, which has recorded the most 10 billion views on YouTube. So far, it has been broadcast in the United States and South Korea, and in April 2022, BS Japanext will start broadcasting for the first time in Japan.
If you can’t watch the BS broadcast, please watch the simultaneous delivery from the free official app “Tsunagaru Japanet”.
How to watch: https://www.bsjapanext.co.jp/howto/
Official app: https://www.bsjapanext.co.jp/app/
■ About Nickelodeon
Nickelodeon, now in its 42nd year, is the #1 entertainment brand for children. We have built a diverse, global business that puts children first in everything we do. The brand includes television programming and production in the U.S. and internationally, as well as consumer products, digital and location-based experiences, publishing and feature films. For more information and artwork, please visit http://www.nickpress.com. Nickelodeon is part of Paramount’s (Nasdaq: PARA, PARAA) global portfolio of multimedia entertainment brands. Details about this release:
https://prtimes.jp/main/html/rd/p/000000267.000023241.html