-There is an audience and distribution-
Experience the powerful collaboration between artists and VTubers! [Image 1

The performers include Maon Kurosaki, Luna Haruna, a talented singer with many achievements, including numerous tie-up works from real artists.
From VTuber, V-singers MaiR and Sifar who sing rock songs with solid singing ability,
Furthermore, as a DJ, we will perform with a talented lineup of TAMU, the representative of the comprehensive management office “USAGI Production” for the next generation pop culture.
The venue is esports Ginza studio in Ginza, Tokyo. It is a gorgeous venue with a 450-inch large LED and a large sound system in an open space with a ceiling height of 7 meters.
[Image 5

For streaming distribution, we introduced Z-aN, which handles many artist live performances. You can enjoy live distribution in a multi-angle, high-quality sound and high-definition environment. For Vtuber’s real-time singing, with the cooperation of Wasabi Music School, we will use “Monolis”, a system and service that allows VTubers to go anywhere and interact with people in their life-size form. You can experience the feeling of being there from the same point of view as a real human being.
[Image 7

Overview of the event
2022.12/25 (sun)
15:00 OPEN
Venue: esports Ginza studio
https://www.konami.com/ginza/studio
〒220-0012
1-11-1 Ginza, Chuo-ku, Tokyo 104-0061
About tickets
-Click here to purchase Z-aN delivery tickets-
https://www.zan-live.com/live/detail/10252
Price: ¥4,000 (advance purchase)
-Purchase venue tickets here-
https://t.livepocket.jp/e/s_iho
Price: ¥4,000 (advance purchase)
Performer
Maon Kurosaki / MaiR / Luna Haruna / Sifar / DJ TAMU
-profile-
● Maon Kurosaki
Born January 13th. Born in Tokyo. Type A.
Influenced by the 2000s anime and anisong, he was in charge of the ending theme for the 2010 TV anime “Highschool of the Dead” with various sounds and tastes. Started career as an artist. Since then, he has been in charge of theme songs for numerous anime songs.
Her extraordinary performances in live performances have also been highly acclaimed. Their activities are not limited to Japan, but they have also performed live in Los Angeles, Malaysia, Shanghai, Guangzhou, Taiwan, Singapore, etc., creating a huge frenzy all over the world.
As a creator, he had a successful solo exhibition of paintings and staged “Jade Vine” based on his original idea at Theater 1010. As an artist and as a creator, I will continue to make great strides in the future.
[Image 8

●MaiR
Started activities as a virtual rock singer in July 2018.
Characterized by a style of singing powerfully with all one’s soul, the singing voice and live performances naturally turn the audience’s heart forward.
The 2nd ALBUM “paint the STAR” ranked first in the itunes rock ranking. He is attracting attention as a live artist who connects the real and the virtual with songs.
[Image 9

-MaiR band members-
Gt : Tacky
Ba: TaKaNoMe
Dr : MKZ
Luna Haruna
Anime Song Artist / Lolita Model
Since her teens, she has been active as a reader model for Gothic & Lolita magazine “KERA”. In May 2012, she made her debut as a singer with the song “The sky is high and the wind sings” (ED theme for the 2nd season of the TV anime “Fate/Zero”). In charge of theme songs for many anime works such as the “Sword Art Online” series,
“-Monogatari-series”, and “Saekano: How to Raise a Boring Girlfriend” series. Its popularity is not limited to Japan, and there are many live performances in Asia, Europe and the United States. It attracts many people around the world. In addition to continuing her activities as a Lolita model, she has a wide range of activities, such as designing and producing the wedding dress brand “LUNAMARIA” and the ita bag brand “OSHI TO DATE”. In 2021, she won the Anisong Singer Award at the “WEIBO Account Festival in Tokyo 2020”, which recognizes Japanese people and Japanese companies who are active in Weibo, China’s largest SNS, and have a great influence in China. .
[Image 10

●Sifar
Started activities mainly on YouTube from November 2019. The first original song “Senko Fanfare” was commissioned by Kayoko Kusano, who composed the theme song “Gurenge” for Demon Slayer: Kimetsu no Yaiba. It became a smash hit with over 100,000 views within a month of its release.
He actively participates in corporate collaborations and compilations, and has appeared at various VTuber net events, gaining many fans. [Image 11 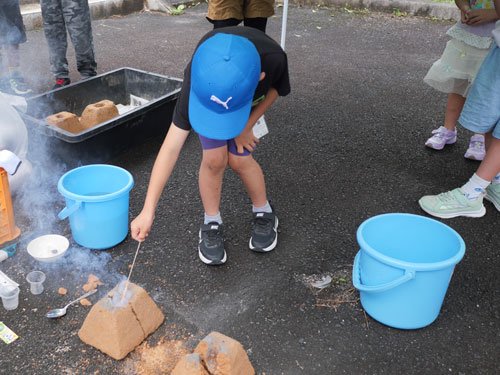