Mnet
“2022 MAMA AWARDS” Hosts Park Bo Gum, Jeon Somi -Performing artist BTS j-hope’s solo stage unveiled for the first time in Asia
Pioneering the first road with “We are K-POP” and leaping to the world’s one and only awards ceremony

(C) CJ ENM Co., Ltd. All Rights Reserved
CJ ENM will hold a global press conference for ‘2022 MAMA AWARDS’ at the CJ ENM Center in Seoul on the 16th. Declared that the ‘2022 MAMA AWARDS’ will leap to a global and unique awards ceremony that will pave the way with the global citizenship of K-POP. The slogan of the newly changing “2022 MAMA AWARDS” is “We are K-POP”.
Today’s global press conference was attended by music content manager Kim Hyun-soo, Yoon Shin-hye CP, convention content team leader Lee Sung-hyun, music critic Kim Young-dae, and announcer Jung Sung-cho as the moderator. It was broadcast live in Korean, English, and Japanese. This conference started with a review of the history of “MAMA AWARDS”. Kim Hyun-soo, head of the music content department, said, “2022 MAMA AWARDS will go beyond Korea’s first Asian music awards ceremony and make a new start as the world’s largest K-POP awards ceremony.” We will present a new direction and future for K-pop with a stage that everyone can relate to and a good influence.”
Beginning in 1999 as the Mnet Visual Music Awards, in 2009 it became the first Korean domestic awards ceremony to declare an Asian music awards ceremony, and changed to the Mnet ASIAN MUSIC AWARDS until 2022. spotlighted. The trophy ‘Hyper Cube’, which was newly unveiled with MAMA’s tradition, contains the K-POP values ​​of challenge, passion, dream, growth, expansion, and uniqueness, and the fans and artists are infinitely connected and evolved. The process is expressed with various lights.
Music critic Kim Young-dae, who participated in the event, said, “The global K-pop era has entered a new chapter.” In the future, K-POP will continue to be positioned as an important category in the world beyond Asia, and the status of the ‘MAMA AWARDS’ will rise together.” [Image 2

(C) CJ ENM Co., Ltd. All Rights Reserved
The “2022 MAMA AWARDS”, which will be held at the Kyocera Dome in Osaka, Japan on the 29th and 30th, announced “K-POP World Citizenship” as this year’s concept. Also, there is a lot of interest in the hosts of both days who will lead the concept this year. First of all, Park Bo-gum, who has been the host for three consecutive years from 2017 to 2019 and shared the history of MAMA, will return to the stage and talk about the global citizenship that will be completed with ‘We are K-POP’. Fans around the world will hear Park Bo Gum’s voice for ‘MUSIC MAKES ONE’. In addition, Jeon Somi will be the new host, raising expectations with MAMA’s iconic appearance, and under the theme of “The world we create together,” he will act as a cultural ambassador with a global sense. We plan to demonstrate our ability to communicate with the world. Yoon Shin-hye CP, who oversees the show, said, “With one voice that transcends borders, races, and generations, we will incorporate the global citizenship of K-POP.”
[Image 4

(C) CJ ENM Co., Ltd. All Rights Reserved
In addition, we have also released additional performing artists. On the 30th, BTS j-hope’s solo stage will be unveiled in Asia for the first time. J-hope, who became BTS’ first solo runner, released his solo album “Jack in The Box” on July 15th this year. Through this album, j-hope expressed his inner story and was praised by music media as well as various global charts, proving his status as a solo artist. According to the ‘2022 MAMA AWARDS’, j-hope will tell the story of hope under the stage title ‘I am your HOPE’. With the news that he is preparing for the stage of ‘MAMA AWARDS’ for the first time as a solo, he is preparing for the stage, and expectations are high on what kind of surprise he will give to fans at home and abroad.
[Image 5

(C) CJ ENM Co., Ltd. All Rights Reserved
In addition, the collaboration stage only for “MAMA AWARDS”, which has surprised global fans every time with combinations beyond imagination, will also be released. First of all, (G)I-DLE, who is listed in the performing artist lineup, performed a performance with Jaurim, the representative band of the Republic of Korea, which celebrated its 25th debut anniversary, and a message to the youth of this era. The unrivaled band Jaurim, who received a lot of love in the reverse run of “25, 21”, and (G)I-DLE, who had a glorious success from this year’s “TOMBOY” to the recently announced “Nxde”, met. Be forewarned and arouse curiosity.
[Image 6

(C) CJ ENM Co., Ltd. All Rights Reserved
We are also preparing performances that cover K-culture beyond K-POP, regardless of genre or generation. Jung Jae-il, music director of ‘Parasite’ and ‘Squid Game’, Korean legend rapper Tiger JK, and Stray Kids’ self-produced team ‘3RACHA’ go up. You can see the message they will convey to the world through ‘2022 MAMA AWARDS’.
[Image 7

(C) CJ ENM Co., Ltd. All Rights Reserved
This year was a year in which the activities of rookie girl groups stood out more than ever. ‘2022 MAMA AWARDS’ has announced that a total of 5 new girl groups, IVE-Kep1er-NMIXX-LE SSERAFIM-NewJeans, will collaborate on the stage, encouraged by the success of the new girl groups. This year, 5 teams and 32 members who have received much love will be dispatched to one stage. Many people are already paying attention to the unique stage of “2022 MAMA AWARDS” to see what amazing performances they will show as they reveal the future of K-POP.
The “2022 MAMA AWARDS”, which will be held for the first time after the rebranding, will be held for two days from November 29th to 30th at “Kyocera Dome Osaka” in Japan with Yogibo as the title sponsor, and will be broadcast live online to the whole world. .
■MAMA AWARDS Official Twitter: https://twitter.com/MnetMAMA
■MAMA AWARDS Official Instagram: https://www.instagram.com/mnet_mama ■ Ticket sales site: http://w.pia.jp/t/2022mama/
[CS broadcast “Mnet” broadcast information / video distribution service “Mnet Smart+” distribution information]
“2022 MAMA AWARDS Red Carpet” live broadcast
Date: November 29th (Tue) 16:00- / November 30th (Wed) 16:00- “2022 MAMA AWARDS” live broadcast
Date: November 29th (Tue) 18:00- / November 30th (Wed) 18:00- [Mnet channel information] https://mnetjp.com/
Korea 100% entertainment CS broadcasting station. We deliver not only the latest K-POP and Korean dramas, but also popular content in various genres such as variety shows and travel programs. SKY PerfecTV! , Can be viewed on cable TV and others nationwide
[Mnet Smart+] http://smart.mnetjp.com/
An online video distribution service where you can enjoy the latest Korean entertainment and various contents of K-POP idols in one. In addition to being able to watch Mnet Korea and Mnet Japan live TV in real time, the program archive is also extensive. You can watch online for as long as you want, whenever and wherever you want, on any internet device.
Details about this release:
https://prtimes.jp/main/html/rd/p/000001343.000003711.html

4 Nov 22 rehow
favy Inc. A must-see for restaurants who are having trouble finding properties! We are looking…
Uncategorized
0 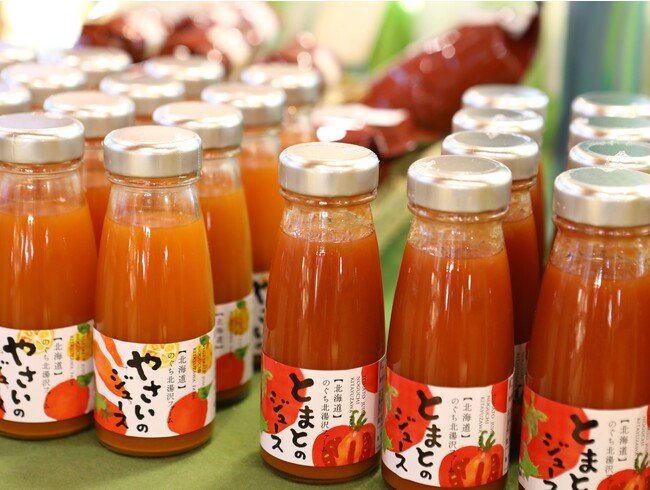